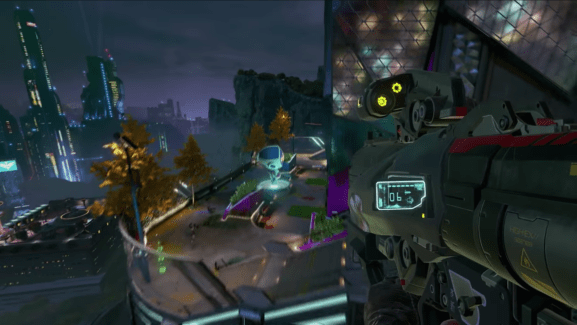 Publisher Nexon and developer Boss Key Productions’s high-jumping low-gravity team shooter LawBreakers has hit a stopping point. The studio has been open about how the game hasn’t met its expectations since its launch on PC and PlayStation 4 in August. It will continue to support the current version, but it’s moving on to developing a new project that has yet to be announced.

After launch, the studio added new features to LawBreakers, including a team deathmatch mode, called Skirmish, and new map in September. However, Boss Key cofounder and CEO Cliff Bleszinski points to the late addition of Skirmish as a possible reason why the game has failed to attract a broader audience.

The shooter has a strong resemblance to Blizzard’s Overwatch. Players choose from a roster of colorful characters, each with different roles and super powers. A few different modes are available, including ones where players seek to capture a battery, defend a satellite, and football where teams skirmish over a ball and try to get it into the enemy’s goal without dying.

All of the current content will continue to get support from Boss Key, but the studio is dropping other objectives from its roadmap, like a new class of characters.

“The team here has worked hard on this game over the past three and a half years and our studio is determined to give this game the second life it deserves,” Boss Key said in a statement on its website. “However, between now and then, we cannot sit idle. We will continue to support the game in its current state, but we also need to focus on other projects with fresh creative leaders.”