ESP Gaming has created an esports studio in partnership with its sister company Poker Central to hold esports events at the Aria Resort & Casino on the Las Vegas Strip.

The studio will be owned and operated by Poker Central, and it will host live esports events such as the Vainglory Premier League, the mobile esports league created by Super Evil Megacorp.

It’s not huge by esports standards, as it will be a 10,000 square-foot studio with an occupancy of up to 300 people, including space for 120 fans and event spectators. Some esports events fill entire stadiums. But ESP Gaming’s venue will focus on delivering a special and VIP experience for fans, said Jeff Liboon, president of ESP gaming, in an interview. Las Vegas-based ESP Gaming got its start as a spinoff from Poker Central, producing events for other esports event organizers.

Esports tournament organizers will be able to film esports competitions at the studio and broadcast them live. At the same time, the events will have a more intimate experience in person in the state-of-the-art studio, which was built from the ground up within Aria, Liboon said.

“We’ve partnered with MGM and Aria to build out a multiuse poker studio into an arena,” said Liboon. “Poker Central was building it out for poker events, but it was apparent we needed to change the design, add features, and make it available for esports competitions.” 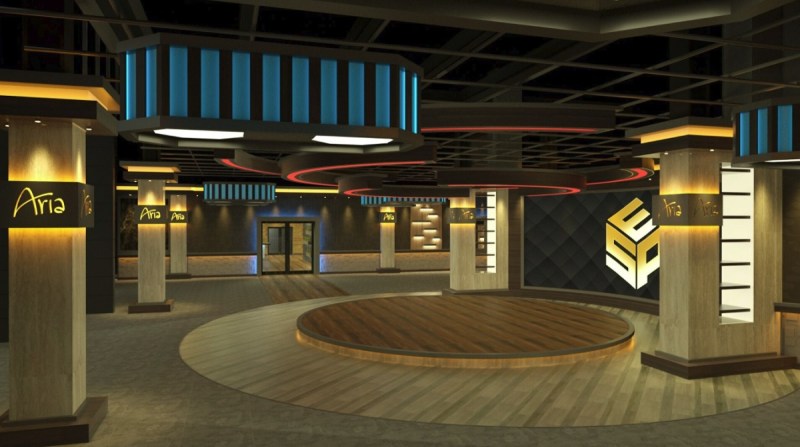 Above: ESP Gaming and Poker Central will share a new esports studio in Las Vegas.

Poker Central will also use the studio as the home for all of its live events that are distributed on its over-the-top subscription service, PokerGO. The first production will take place May 16 to May 18 with a special grand opening edition of “Poker After Dark.”

“Nearly a year ago we set out to create a digital-first poker network that would showcase some of the world’s best tournaments and lifestyle content – both on and off the felt,” said JR McCabe, chief digital officer of Poker Central, in a statement. “While this studio marks the fulfillment of that goal, it also doubles as a promise to our loyal viewers – to continually expand our programming slate, offer even more tournaments at all levels and get fans even closer to the mind sport they love.”

The venue features multiple sound stages including a main studio, break desk area and a streaming lounge, which will provide flexibility to host a wide variety of poker and esports events. The studio will be open to the public on an event-by-event basis. Nevada gaming regulations will apply to all poker events. 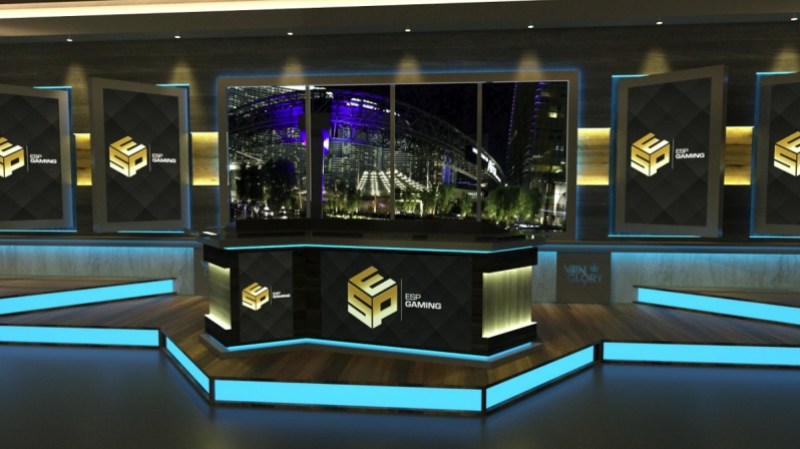 Above: ESP Gaming will hold esports tournaments in a 10,000-square feet studio in the Aria casino.

During the past year, Poker Central and PokerGO saw expanded broadcast partnerships with ESPN and NBC Sports Network, as well as international
expansion with licensing of the World Series of Poker and other Poker Central events to Doupai.tv in China.

Liboon said that the event can accommodate a large esports event, such as a battle royale match with PlayerUnknown’s Battlegrounds with 80 players.

The studio will be the second esports venue on the Las Vegas Strip, as rival Allied Esports, Esports Arena, and MGM Resorts International have built a dedicated esports venue in the Luxor Hotel and Casino.

“Las Vegas is becoming a hub for these events,” Liboon said.

At some point, when the studio ramps up, the events could be held every week.

“Our focus will be on making people feel special at a live event,” he said.