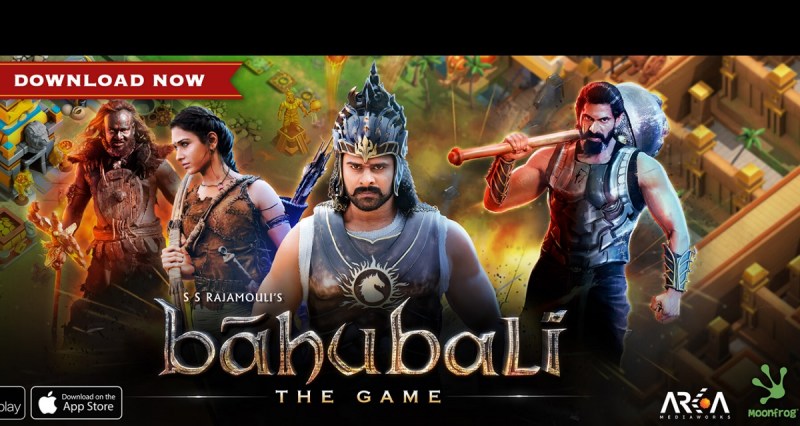 Above: Moonfrog’s Baahubali: The Game.

GamesBeat: The base of game companies in India is changing as well. Mark Skaggs, the creator of FarmVille went over to join Moonfrog. That was interesting.

Muppidi: It was. He looked at the market and said, “Well, I’ve done everything else. What can I do here?” China had already happened. He looked at India and came in to spend a couple of years with one of our emerging companies called Moonfrog. He still believes in it, even though he had to move back home to Texas. There’s a lot of energy around the space.

In my state, where I come from, Hyderabad, we’re going to do an event called India Joy this year. We already have India-based NASCOM and GDC events. Unite has an event. Pocket Gamer has an event. We’re trying to deliver a gaming and digital entertainment event together under the India Joy umbrella, which is happening this December. We need to create awareness about the space and get more people to build it. It’s an incredibly fun space to be in. I’ve been building games for a very long time. I don’t make enough money, but I love it. We’re trying to create more game developers, and we’re getting there.

Nelson Rodriguez: The way I think about this whole question is, to me there are three topics that we keep touching on. One, is the region connected, the market we’re trying to reach? Two, is it an open or closed market? Three, will people pay for it? How do we get paid?

I started my career at Xbox. We struggled in Japan, as everyone knows. It was a hard market for us. That gets to the topic of open or closed markets. One of the things I think everyone is learning about China is that in many ways, beyond just the government, China is a closed market. China consumes content from its own region much more so than other parts of the world.

What’s interesting about this question of emerging markets, if you look at the list of countries that can access games, and you scrape out the countries that are less willing to consume content from other regions, you’re left with some interesting markets where the question is just how you’re going to get money for people.

Does anybody have a sense of how many connected users are in Kenya? It’s 90 percent of the population, about 45 million people. They’re connected at more than 6 megabits per second. In Nigeria it’s 90 million connected people. There are economic challenges in how you’re going to extract payment. Is it going to be subscription, or microtransactions, or ad-based? That’s the puzzle we can’t solve. But we can solve the connection part of it and make sure they can access. I’m interested in how the rest of the world solves the money problem.

What’s also interesting is that content overlaps. When we were in Prague, someone gave a presentation on this. The Russian market behaves a lot like the African market and the Middle Eastern market in terms of the demographics and the kinds of content they consume. The sun is shining on these markets, and we’re all starting to realize they exist. The markets where the domestic development market isn’t strong enough to lock out other countries—in many of these cases, South Africa being another one, they speak English, so localization isn’t even an issue. There’s something there.

Latin America has a similar profile in terms of the potential reach. There’s a challenge around economics. To me I think that’s the question. 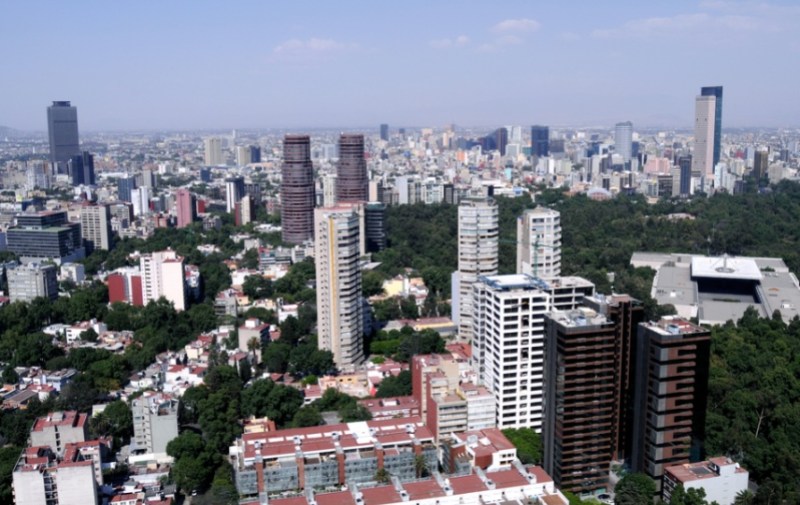 Valle: This question of connectedness is interesting, not just technologically speaking but culturally speaking. It’s natural to believe that Latin America, especially at this point, would be very similar to other Spanish-speaking regions. The thing that’s interesting is that the Spanish speaker in Latin America is really similar to the MENA countries, in many things, and to southeast Asia.

Emerging markets are often very similar to each other in terms of culture, urban areas, technology consumption, and content consumption. The streets look a lot alike. If you at Kiev and then look at Mexico City, you might not be able to tell the difference. But most important, I think that what’s happening is the talent behavior, the talent development, in Kenya, in Nigeria, in Mexico City, it’s almost exactly the same. Thanks to Unity and thanks to the democratization of development, it’s like looking into a mirror.

Obviously this isn’t the case in China, for its own reasons, but it’s easier to learn from emerging markets because emerging markets look a lot like each other. Emerging markets aren’t countries. They’re cities. That makes it even easier, because the access is there.

Entelman: Another thing to consider is that the relationship between economies and governments is very different in emerging markets than it is in more established ones. We’re seeing amazing changes in philosophy in some of these governments. In Argentina, all of a sudden we have this continuing investment in game companies. But also, they’ve always spoken like, “We want to be open. We want to open the borders to technology. We want to open investment.” But they behave like they want it to be closed. That’s a preconception, that there’s a challenge waiting right away.

It shows, for example, when we were talking about doing business with venture capital and with publishers, and realizing that their reaction just when we were talking about these markets—there was a mistrust at the beginning that’s been established by experience, with governments suddenly cutting their funds or taking property or literally closing the borders to some of these products. But right now, because of technology, they’re opening up and realizing that they have to be a part of the world. They have to be a part of this entrepreneurial movement, the venture-backed movement.

People are asking themselves what has prevented them from bringing this talent, this capacity to produce, outside of their countries, outside of their region. In the worst case scenario it’s almost always the government. 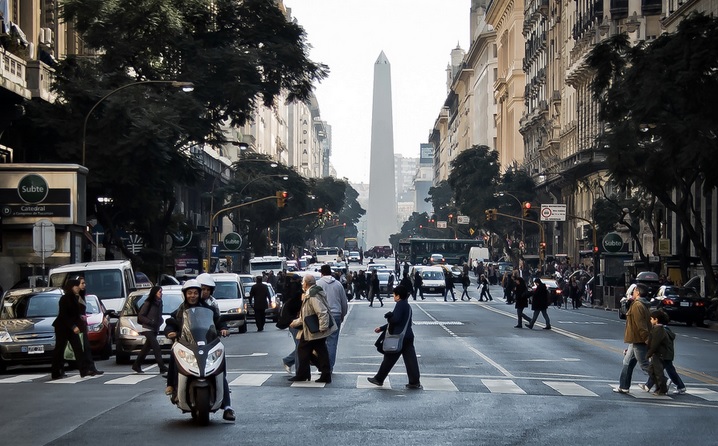 Audience: About four years ago, I wanted to start focusing on emerging markets. We started to work with Brainz in Colombia. Four years ago it was an uphill battle in those conversations. There were all sorts of preconceptions. But over the course of that four years, we’ve steered a whole bunch of projects for them, and people know they had a wonderful success story recently when they were bought. I’ve seen very significant change in the western publisher’s view of development studios in places where they weren’t expecting to find them before.

Entelman: A lot of publishers, especially from eastern Europe, have had amazing successes coming to Latin America. They’ve realized this because they’ve had the experience themselves in their own regions starting out. But yeah, this is the moment. It always happens to us like this in Latin America. Technology comes to us five years later. We adapt it five years later than that. It’s the way the markets have always behaved. But there are some amazing stories that are spearheading this change.

We’re getting publishers that have seen the scenario happen to them before, and they’re more open-minded to us than others–they have had really bad experiences before. We’re talking about more than 80 percent of projects never reaching the final stage, during the last 20 years. That’s something we’re changing the last four or five years.

Audience: For people involved in investment in emerging markets, how much are you seeing domestic development for a domestic audience, versus development in an emerging market for other global markets? And how much of your focus is on trying to get external, global games to reach the local market?

Audience: That’s tougher. It’s mainly cross-border. When you focus your investment strategy in a single geography, in Latin America, or even Mexico if you want to be specific, you’re endangering a lot of things. The quality of the investment you can do gets a bit broken down. You cannot assure quality. You have to get more quality out of other regions. That’s my experience in venture capital. There are only maybe two countries that could support a single-geography kind of venture capital, which are the U.S. and China. Everything else, I would be thinking about cross-border, about global.

Valle: Especially when you’re talking about games. This happens in technology, for sure, but for games, what we’re interested in, at least in Latin America and in southeast Asia, is to make sure these developers know that they now have the tools and the dynamic learning to make sure that their games can be successful worldwide. We’re not promoting a domestic market.

But at the same time, one example is a game we worked closely with from Mexico called Mulaka. It’s now available on all platforms. It’s the first time in history that a Mexican game has simultaneously shipped on all platforms. We had a special focus on Switch. Nintendo loved these guys. Mulaka has been very successful. It’s based on the Tarahumara culture. It’s very Mexican. But it’s selling everywhere.

Muppidi: What I’d add to that is you have access to the best market in the world because of the app stores, except for China. It doesn’t matter where a user comes from. In my case, in India, why would they bother downloading something that was made only for India? If you made it only for India, you probably don’t have enough money, so the quality isn’t there. As a user, why do I bother with that when I have access to Hollywood content? In India, one thing developers are tending to focus on, if they’re going to put in the effort to build a high-quality title, they might as well go after all the markets.

Rodriguez: When I look at India, I see, in the next three years, 320 million new mobile subscribers, all on sub-$100 smartphones. I see a country that, over the last 10 years, has specialized in software development, and with strong ties to the English-speaking world. Is it really the monetization that’s the problem? When I look at India, I wonder when the race starts to be the next Tencent, coming out of India.