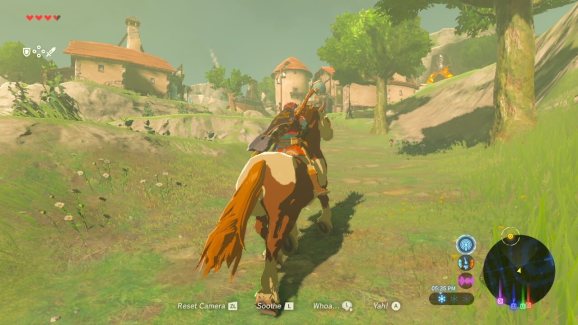 In the current social climate, the dregs of #MeToo, GamerGate, and the #NotNolan movements are poisoning the reputation of the gaming industry and are creating a dark, biased culture among gamers.

However, past the mask of stereotypes and negative news coverage, research in the gaming industry reminds us that gaming is meant to be a positive experience – one that’s both literally full of fun and games, as well as conducive to learning. Research has shown that video games, especially, help people from all walks of life interact and co-exist with one another in the real world.

From our perspective as academics who study the gaming industry and teach college students game theory and development, video games can actually create strong social connections and inspire the prospect of tackling important social issues.

Video games give people access to the narratives they played as kids, which of course strikes a chord of nostalgia. Game developers design from this same principle: Shigeru Miyamoto, one of the industry’s most legendary designers (Donkey Kong, Super Mario Bros., The Legend of Zelda), crafts games by pulling from memories of his own past. To create the setting of The Legend of Zelda, Miyamoto drew from the forests and caves he explored as a child, weaving a sense of adventure and exploration in the experience.

Similarly, players also form bonds with characters as they navigate the game’s world, fight its villains, and save the day. As they advance, players develop a sense of cultural and personal place; the gaming experience becomes the player’s experience and, eventually, a fond memory.

Despite the typecasting for players as antisocial basement-dwellers, much of gaming is designed to be a social activity. Games that enable multiplayer mode give groups – families, friends, strangers from across the world – the space for digital interaction and competition. In some cases, such as in World of Warcraft, players have the chance to internationally collaborate with each other through resource trading, guild building, and can even team up to take down big bad boss monsters.

The sociality of games helps players identify their place in both the fictional gaming world, and real world, which translates across countries and cultures. Players don’t have to speak the same language to help each other with a quest and fight toward the same end goal.

Similarly, gaming provides players emotional modelling and rehearsal. At Worcester Polytechnic Institute (WPI), students can take gaming classes that enable them to better understand human behavior and health, and develop a better sense of how to build connections with others.

WPI holds a class called “Writing Characters for Interactive Media & Games,” where the class is a game. Students are the players, and they create an avatar to partake in a multiplayer adventure game designed by the professor. Each avatar’s main goal is to reach the remains of a fictional, freshly discovered ancient civilization, and study the artifacts at an excavated site before competing organizations can. To get to the civilization’s site, the students’ avatars beat their enemies, solve puzzles, rely on resources provided by fictional characters, and master “Unforeseen Events” (surprise assignments that spring from the narrative of the game) in class. Students’ success and final grades are determined by how they solve each puzzle and “Unforeseen Events” assignment.

As students partake in this game they are learning more than how to create a character, write a narrative for that character, and earn a grade. The class also helps students develop professional skills for the real world, including how to work solo or with a team to problem-solve, practice personal pitching and presentation strategies, sharpen writing abilities, strengthen their revision processes, delve into deep character analysis, and address social issues in a “fun” way.

In fact, quite a few professors in WPI’s Interactive Media & Game Development program have crafted some of their gaming classes around emotional development and social issues. In the class “Social Issues in Interactive Media & Games,” students have developed analog (non-digital) games that address social issues that they felt strongly about. For example, the concept of the game “Gotta Go,” which was inspired by the North Carolina bathroom bill, curses players with a hypothetical full bladder and forces them to navigate gender identity and bathroom politics before their bladder bursts.

In another student game, Dollar Domination, players face economic inequality head-on as they try to succeed in a Monopoly-like experience, competing against players who earn more money than they do. Other students designed a game to depict what someone with autism might think or feel in order to create empathy among non-spectrum disorder people, and provide those same people strategies to work together productively and with dignity. Regardless of the theme, self-created games give creators a space to vent, broaden their understanding of current social issues, and even understand those with opposing views.

Interactive Media and Game Development has come to constantly challenge students to consider the relationship between humans and machines. Some students did this at one of WPI’s project centers in Japan, and they created games based off of their findings. These students turned their focus to interactive technology, and how humans interact with computers. From there, these students created a virtual reality game based on Japanese culture, and Japanese people’s beliefs that Japan is the only place in the world with four distinct seasons. Aside from gaining experience in the realm of game building and virtual reality, these students were able to immerse themselves in another culture, and develop their understanding of that culture through the act of crafting a video game.

While some may not be able to look past the stigmas and stereotypes that can be associated with video games, these games can serve as tools that influence people’s sociality, and spark an awareness of current social issues. The proof is in the players, and how those players use games to connect with other people.

Jennifer deWinter is director of WPI’s Interactive Media & Game Development program; Lee Sheldon is a professor in the program.