Yick Kai Chan was a rare person who combined his real world experience as an architect and his training as a digital artist. That experience came together at Zynga, where he worked creating iconic buildings for the social game CityVille. But Chan passed away suddenly over the weekend, leaving sadness among his friends, family and coworkers.

He is survived by his wife Diana and a 10-year-old daughter Kyra. Zynga and friends set up a GoFundMe scholarship fund for Kyra. The fund has already raised more than $42,000 to pay for the education of Kyra. Zynga made a $15,000 donation to the fund. The campaign is still open for anyone to make donations. 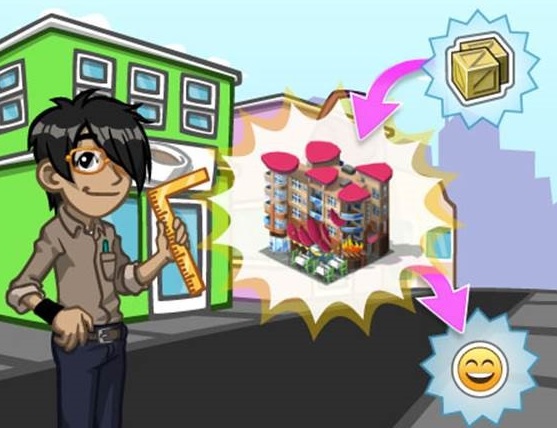 Above: Yick Kai Chan was the in-game architect in CityVille.

“He was a large part of our community and a creative force at Zynga,” said Scott Koenigsberg, senior vice president at Zynga and the former general manager of CityVille, which Zynga operated from 2010 until 2015. “CityVille’s tag line was to build the city of your dreams. People were proud of what they built, and they created amazing cities with buildings that kai built.”

Chan, 44, spent seven years at Zynga. He was an architect in Redwood City, California, and Oakland. Then he went to work and became known — per a Fortune magazine article — as the “Frank Gehry of CityVille,” or a man who helped players build their dream cities. He was the in-game architect in CityVille, and he worked on the game for about three years. His colleague Andy Wong put Chan into the game as a character in 2012. 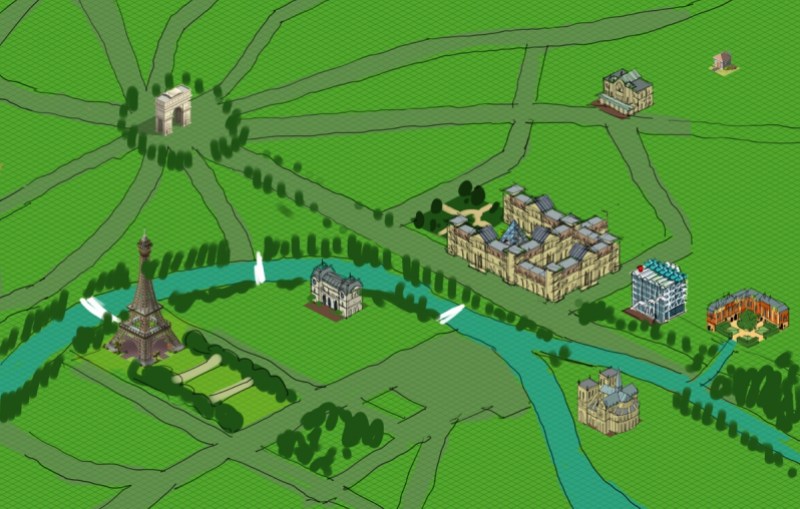 Above: Yick Kai Chan created 2D art that was converted into game buildings.

Chan was a real-world architect who worked on corporate campuses, civic buildings, garages, stores, banks, and restaurants. But Zynga was his first job in games, and the buildings he created for CityVille were not realistic. They had a cartoon flavor that matched the art style of the game. Chan did 2D art with sketches and paintings, and then a 3D artist would build the buildings in the 3D tool Maya. Those buildings were then exported into CityVille.

Chan created buildings such as the Eiffel Tower in CityVille, which was played by 100 million people a month at its peak. He created a feature dubbed “hybrid buildings,” which the team called “Kai-brid buildings” because of his work on them. They let players choose from various bases, then add a custom middle layer and a top layer, allowing players to stack three different parts to create a unique building.

“Each building should have some real-world elements that are easily identifiable and appealing — functional and cute — but this balance is the tricky part,” Chan told Fortune. “Having a game available in half a dozen languages is both a blessing and a challenge because it can be difficult to illustrate a sign for a motel without spelling it out in a specific language.” 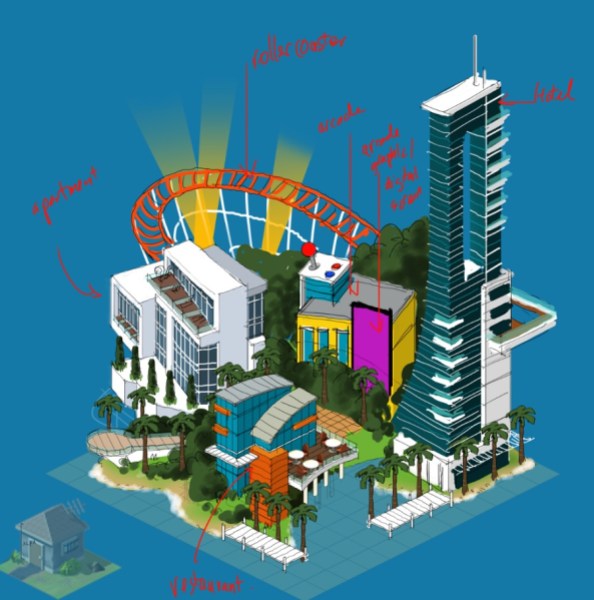 Above: A sketch by Yick Kai Chan

Most recently, Chan, who was born in China, led the art for the game engagement management team at Zynga for the social casino slots and match-3 games. Teammates admired his creative talent, his passion, and his happiness, Koenigsberg said.

“Kai was a creative artist with a knack for bringing themes and items to life,” Koenigsberg said. “He took his real world skills and applied them in the virtual world.”