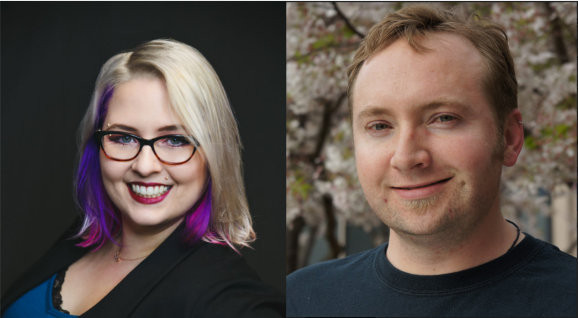 After allegations of sexual harassment, the nonprofit GaymerX and indie studio MidBoss are shuffling their leadership roles. Katie Kaitchuck will head up GaymerX as its executive director, and Cade Peterson will join MidBoss as its CEO. In a statement, Kaitchuck said that GaymerX will “sever all professional association” with MidBoss.

GaymerX and MidBoss founder Matt Conn stepped down in late March after former employees came forward with stories about a toxic work environment, sexual harassment, and low wages at both companies. In a statement, Kaitchuck distanced the nonprofit from Conn, who she says hasn’t been involved with the organization since last year.

When Conn announced his exit, he said that GaymerX president and MidBoss community manager Toni Rocca would take over operations. Shortly afterward, sexual harassment allegations were also leveled against Rocca.

“While Matt Conn has not been involved in the organization for many months, his position on the board of directors will be replaced,” said Kaitchuck in a statement. “Toni will no longer be in a leadership position with GaymerX, as I will be stepping into the role of executive director at GaymerX, replacing Toni.”

“We have been listening to everything with an open mind, recognize we let our team down, and have apologized to them in private and now do so in public. Our workers are our most valuable asset and management must do better moving forward,” said Peterson in a statement. “As such we are making changes to company policies and personnel.  Effective immediately I will be assuming the role of CEO.”

Peterson also said that Conn is “being fully offboarded” and that interim CEO Rocca will leave the company within the next month after helping him transition into his new role.

Kaitchuck apologized in her statement to “anyone hurt by the conduct of our former staff.” As one of her first initiatives, she will implement mandatory sexual harassment training and a way for employees to report complaints. Peterson says that all MidBoss employees will also have to undergo sexual harassment training and that the studio is bringing in a “third-party human resource company within the next 90 days.”

Former employees and Conn had told GamesBeat that no human resources department was available for people to file reports.

Update at 12:57 p.m. Pacific: Peterson clarified in a statement that he is stepping into the role of interim CEO at MidBoss and he will continue working full-time as the vice president of content and community at the indie game subscription service Jump.

“I’ve always been a champion of GaymerX and MidBoss, so when they asked if I could step in to help during this critical period of transition for them, I definitely wanted to assist,” said Peterson. “I will be working with them in this interim capacity until a suitable full-time replacement for MidBoss is found.”