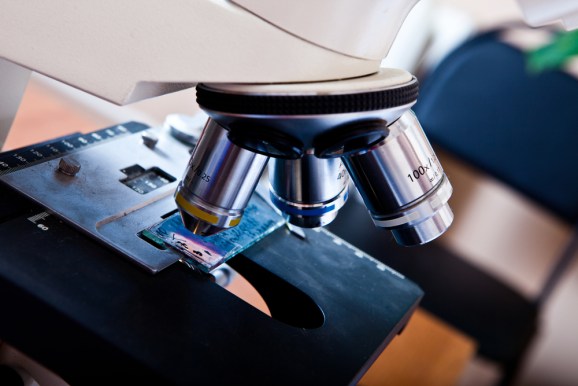 With an opioid crisis gripping the nation, Ohio is leading the charge to find a solution with a surprising tool – technology.

The Ohio Opioid Technology Challenge is using “a three-phase, prize-based competition to find technology-based solutions that address or improve opioid abuse prevention, treatment, and overdose avoidance and response,” according to its website.

Ohio Governor John Kasich requested that the Ohio Third Frontier seek technological and scientific tools to fight the opioid epidemic. The challenge will get $8 million, with a possible $12 million more to help solve the crisis.

“Ohio put out the call for new ideas, and people from across the world responded,” said David Goodman, director of the Ohio Development Services Agency and chair of the Ohio Third Frontier Commission, in a press release. “This issue affects countless individuals, families, and communities, so we’re thrilled by the level of response and excited to move these ideas forward and save lives.”

The ideation phase launched in October 2017 and closed in December 2017. Winners were announced in January of 2018. The original call for ideas brought in quite a few concepts, with five submissions winning $10,000 each.

“We were thrilled by the outpouring of ideas we received in the first phase of the Technology Challenge,” said David Goodman, chair of the Ohio Third Frontier Commission. “We’re eager to move forward with this next step in developing new solutions and saving lives.”

One of the winners is Cincinnati-based Kinematechs. Their idea uses augmented reality to coach patients who’ve been injured. Using motion-tracking, CTO Yong Pei and company will personalize physical rehab to improve the therapy outcome. The goal is to help a patient recovering from injury reduce their pain medication needs.

Kelly Cashion, research software engineer at the University of Dayton Research Institute, is focusing her research on helping patients understand neurological feedback via brain scans. The hope is that the scans will help patients realize when they have a craving, allowing them to potentially control it.

“We can show someone what is happening in a certain part of their brain, and then use visualization tools and games to suppress or amplify that activity. This helps them control cravings and prevent a relapse,” Cashion said in a release.

The other three winning ideas are “an addiction assessment app that would identify patients who are at higher risk for opioid abuse,” “a mindfulness-based smoking cessation therapy adapted for opioid addiction,” and “a virtual reality program to prevent addiction in teens and young adults,” according to the press release from Ohio Third Frontier.

The next phase of the contest started in February and will wrap up in July. This is the Challenge Phase, which will focus on four areas: diagnosis, prevention, connection, and protection. The deadline is July 11, and 12 finalists will be announced. Each winner will receive $200,000 to advance their idea. The winners of the Challenge Phase will move on to the final product phase, which will allow them to further build their product, preparing it to go to market.

“We’re hoping that these ideas become the solutions for tomorrow,” Goodman said. “Making advancements in technology is one more way to ensure we leave no stone unturned.”