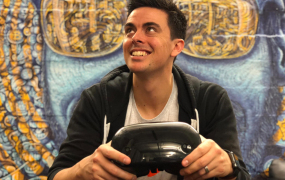 (He aspires to someday build an Iron Man suit.)

Draper: While I’m thrilled at the immediate scale of mobile AR, infrastructure layer developer tools and frameworks will be crucial to make the space take off. This is, in large part, due to the need for multiplayer experiences that are easily accessible across devices, that will persistent in space and time. Thus, the AR Cloud, and AR persistence more broadly, are very interesting opportunities.

On top of this, the first breakout products that will likely emerge from AR Cloud platforms are multiplayer gaming experiences.

Draper: The biggest risk is that smartphones end up failing as a form factor for AR. The natural and intuitive way to interact with AR is via glasses or an HMD, not through the tiny window of an iPhone screen. At a technical level, it’s apparent that mobile AR can work at scale and across devices. However, it’s unclear if consumer habits can change to compel people to frequently pull out their smartphones to engage in AR experiences.

Draper: Mobile AR is in a bit of a hype cycle due to the immediate scale of the market. However, like the VR market, there is likely to be a “winter”: several years in which industry growth and funding are stagnant. AR startups should raise money, stay lean and adaptable, and survive the winter. Be a cockroach. 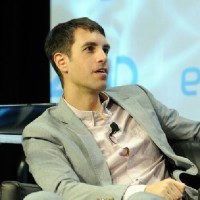 Rojas: The most interesting thing at the moment is the sheer scale of the mobile AR market, due to ARKit and ARCore. As such, early opportunities are emerging in creator tools and frameworks to enable developers to build and distribute products.

One constraint (and opportunity) in mobile AR is that startups are going to need to unlock new consumer behaviors. Since AR will be a new means of human-computer interaction, the rules and best practices to create native experiences are unknown. This presents a substantial opportunity to the teams who can figure this out.

Rojas: One big challenge is that AR apps will be judged, at least initially, by consumers on the same standard as any regular mobile app. That is: harshly. Developers of mobile AR products will have to succeed in finding product-market fit, an elegant user experience, growth, revenue, and scale — while simultaneously being constrained by the immature state of smartphone AR.

At the end of the day, a mobile AR product is still an app that is competing with other apps. It’s possible that a team will be unable to gain sufficient user adoption and retention to justify additional rounds of funding.

Rojas: Be thoughtful about how to unlock new user behaviors. With early smartphones, the initial reaction from the developer community was to rely on many of the design paradigms of desktop PC applications, shoehorning them onto the smaller smartphone screen, resulting in awful user experiences. It took several years before a cohesive and user-friendly design language emerged that was native to the smartphone screen and form factor. 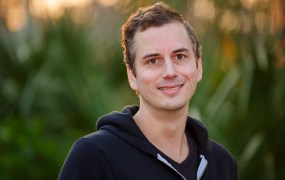 Harris: We at Eniac broadly are interested in two categories:

Harris: Market timing will be a big risk for both founders and investors. Even as the adoption of AR-capable hardware expands, it’s still unclear when the first batch of mass-adopted applications will succeed.

Harris: Think long-term. It’s critical that teams give themselves enough runway and cash to survive. That said, when the AR market shifts, it will happen dramatically and quickly. The AR market will feel immature for a while, then suddenly great opportunities will emerge as consumer behavior and AR platforms reach a tipping point. Raise funding, keep your burn rate low, and keep your eyes open for the shift. 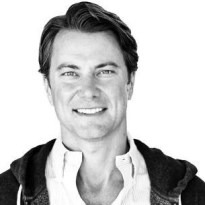 Malloy: This is a tricky question to answer because the market is quite immature and fragmented, like VR has been and continues to be. We’re still at the starting line for what will become a marathon, and not a sprint, to ubiquitous AR.

As such, we’re focusing on identifying teams with unique insights about solving specific problems with AR, that they are well-positioned to tackle. Since both the hardware and software will continue evolving, it’s possible that what seems like an opportunity in 2018 morphs into something very different in 2019. What will remain, however, is the team and their dedication to tackling the problem.

In short, 2018’s best AR opportunities lie in identifying talented teams with unique domain expertise, tackling big problems, who are adaptable and resilient enough to evolve with the market.

Malloy: This market is fraught with uncertainty in nearly every way. It’s unclear what metrics and KPIs will determine success, particularly since AR will unfold on devices already used at scale, but the user behavior will be different from it is for typical mobile apps. Retention will remain a reliable barometer for success, although since the market is constantly shifting, short-term retention for one product or platform could become irrelevant at any time.

Moreover, as the market progresses, certain platforms will launch, gain adoption, and fail. As such, the developer community faces an extra layer of risk in potentially making bets on the wrong technology.

Malloy: Understand your customers. This is true for any business but particularly crucial in a market as immature and fragmented as AR. You’ll want to collect as much data as you possibly can about what’s happening at a macro level (market) and micro level (customers). At the end of the day, your team’s goal is to solve problems for customers. If you accomplish this, you’ll be able to weather the storm and adapt to the ever-changing landscape.

Michael Park is the CEO and cofounder of Spatial Canvas, an AR persistence SDK that lets you build, explore, and share augmented realities.