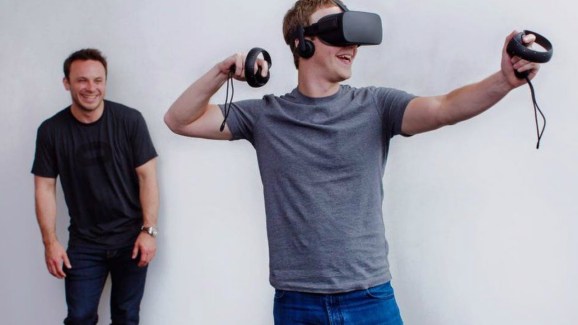 Facebook chief executive officer Mark Zuckerberg is facing a barrage of questions as he testifies before the United States Senate today. One of those questions came from Sen. Ted Cruz (R-Texas), who asked Zuckerberg why Facebook fired Oculus VR founder Palmer Luckey. Many consider Luckey instrumental in revitalizing interest in virtual reality, but he attracted scrutiny over his support of a pro-Donald Trump political group that allegedly involved white supremacists and disgraced troll and Breitbart editor Milo Yiannopolous. Luckey has also hosted a fundraiser for Ted Cruz in the past.

Luckey apologized for financially sponsoring the group in September 2016, but Facebook fired him the following March. That termination came after a Californian limited-liability corporation called Wings of Time gave $100,000 to Donald Trump’s presidential inauguration fund. Luckey confirmed on Twitter that he owned the company. In March, Facebook and Luckey confirmed that they split, but neither shared many details.

Cruz, who is up for re-election, is trying to draw a connection between Luckey’s political actions and Facebook firing him. That is something that would play well with Cruz’s voting base and the AM radio audience for right-wing commentators like Glenn Beck, who often try to make the case that corporations and tech companies treat conservatives unfairly.

“So as CEO, have you ever made hiring and firing decisions based on political positions or what candidates they supported,” Cruz asked the Facebook CEO.

Zuckerberg denied that, which Cruz used as an opportunity to bring up Luckey.

Zuckerberg looked like he wasn’t expecting the question, but he recovered quickly.

“That is a specific personnel matter that seems like it would be inappropriate to comment on,” Zuckerberg said.

Cruz said that it is relevant because Zuckerberg just specifically said that he didn’t fire anyone because of their politics. But the tech executive returned with a forceful denial.

“I can commit that it was not because of a political view,” said Zuckerberg.

At this point, Cruz dropped the line of questioning.