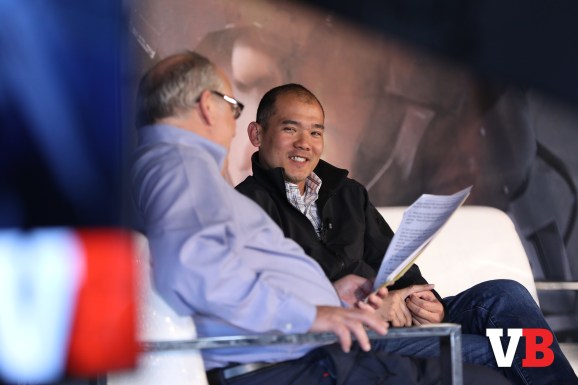 Tencent is one of the biggest gaming companies in the world. It got to the point where it owns significant chunks of companies like Fortnite developer Epic, League of Legends studio Riot, and French publisher Ubisoft by bringing new types of games to its domestic Chinese audience. Over the last decade, the company has used its substantial bank account to focus on making big investments with well-established game developers. Now the megaconglomerate is expanding that strategy to include younger companies for smaller amounts of money, North American business development boss Randy Lee explained in a conversation on stage at the GamesBeat Summit in Mill Valley, California today.

“We engage with the market, we learn, and then we change,” said Lee. “A couple of years ago, our deals were the big ones that you’ve heard of. But over the last 12 months, we’ve started doing smaller investments — around $3 million — at an earlier stage.”

Tencent is known for making massive deals to get in on companies like Riot once they have the biggest game in the world (in this case, League of Legends). And this tactic has paid off, because Tencent something others don’t — access to the world’s largest gaming market. Due to China’s regulations and trade barriers, a publisher like Ubisoft would struggle to bring a shooter like Tom Clancy’s Rainbow Six: Siege into China, but the country has so many different kinds of gamers that Siege’s success seems inevitable now that Tencent is overseeing it.

And now, Tencent is going beyond the surefire hits because Chinese players are hungry for new games. It wants to put money into innovative gameplay, and it’s even willing to do that when an idea only exists on paper. The company has taken over the world of gaming by finding that innovative gameplay and bringing it back into China, and it wants to keep feeding that pipeline.

“We’re always thinking blue ocean and new opportunities,” said Lee. “That goes back to our origins before we were even into games. There were a lot of companies who were in that space, and the whole ecosystem was massively multiplayer online role-playing games. We were the small fry. But what we did is we looked at the blue ocean, so we brought in [Counter-Strike-like shooter] Crossfire from Korea, we brought in MOBAs, we brought in sports games with the licensing like NBA 2K. These were the things that Chinese players never played, but in our mind, whether you’re in China or in the West — if you like the game, you’re going to play it. League proved that.”

Lee went on to say that Tencent also doesn’t mind if its investments start slow. It prefers games that build over time after finding their core audience. It is also less interested in tools than in games.

“If you have the content, everything around that will grow,” said Lee. “We think about what tools can become — can it become something for users? Otherwise, maybe it’s something we can refer to Epic and there’s a play there with its Unreal Engine.”

So expect the Tencent investment news to keep rolling in and don’t expect it to stop any time soon.