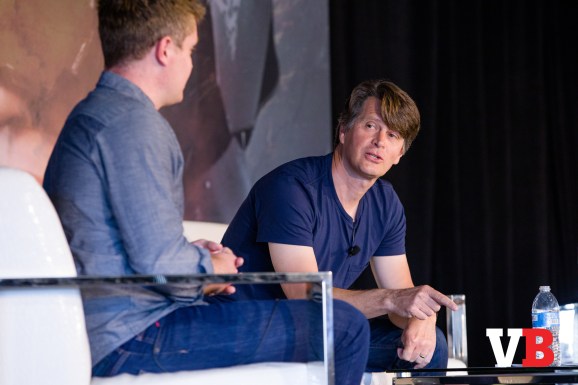 Niantic CEO John Hanke summoned up the ghost of Arthur C. Clarke when discussing augmented reality with the famous quote, “Any sufficiently advanced technology is indistinguishable from magic.” But to get technology to that point, experimentation is necessary — and games are the perfect proving ground.

“One of the great things about games and gamers as a way to pioneer that new technology is that gamers are willing to put up with some glitches and some imperfections in tech, which makes it just a great area to really push some of these new technologies forward into the frontier where things don’t always work exactly the way you want them to,” said Hanke.

Hanke cited the likes of Clarke and Stephen King among his favorite authors, but he was most influenced by William Gibson and Neal Stephenson and their vision of how tech could become an integral part of society in the future. At the GamesBeat Summit in Mill Valley, California, he discussed how augmented reality experiences might evolve in a fireside chat with science fiction author Eliot Peper.

Niantic’s mobile game Pokémon Go is one of the earliest examples of the power of AR gaming, raking in over $1.2 billion in revenue and attracting more than 752 million downloads since it went viral in the summer of 2016. Hanke says that the social gameplay is the “heart of the game,” as its players hit the streets and hunted AR creatures together around town.

“Next we’re looking at how do we make that even more immersive, and how do we allow more people to have a shared experience together in a public space,” said Hanke. “So we’re investing heavily in this concept of the AR cloud, which is to enable people to share a high-precision and high-fidelity augmented reality view together in public. And it sort of draws on our mapping roots, and I’m super excited about the kind of gameplay experiences that that’s going to enable in the future.”

It’s similar to Improbable chief creative officer Bill Roper’s macro take on how computer science could enhance game design in massively multiplayer games — by solving technical issues by moving to the cloud, new possibilities could open up for AR games.

Hanke says that augmented reality is a broad concept, and a lot of folks are focused solely on the visual aspect of it. But in the future, audio-based and voice-based AR might come out on top and that’s something that is currently untapped.

“I think there’s a misunderstanding that that is really all there is to augmented reality, it’s purely about the visual, and how good can we make the visual, how accurately can we register things, how bright can we make the image,” said Hanke. “And I think the potential for AR is much bigger than that, and there’s a chance that it may not even include visuals as a primary way that we access it.”