Capcom announced earlier this week that the Mega Man Legacy X Collections (yes, plural) are coming out on July 24 for the Switch, PlayStation 4, Xbox One, and PC.

This is great news. I’m a huge fan of Mega Man, and having the X series available on modern consoles will be a great convenience. But I do find it interesting that Capcom is splitting it up into two separate collections. I understand why they did it with the original Mega Man series. The first Legacy Collection came out two years before the second one. The first one proved that the gamers wanted such collections, so it made sense to follow it up with the rest of the series.

The classic Mega Man series also has a more natural division. The first six games were on the Nintendo Entertainment System, while the sequels came out for various other platforms. The first Legacy Collection contained the NES games, the second had the rest of them.

So why bother with two separate packages this time? Why not just make one big Mega Man X collection? Well, whether intended or not, this decision does at least give you the opportunity to skip out on the series’ worse half.

Mega Man X is a classic. It’s one of the best sidescrollers ever. Its two SNES sequels are also great, even if they aren’t as iconic as the original. Mega Man X4 has more detailed 2D sprites and anime-style cutscenes that are so bad they’re incredible.

It was also the first game to let you play the entire time as either X or Zero, each offering different playstyles. It doubled the length of the game.

But the two other X games on the PlayStation didn’t feature the same level of innovation. They’re look and play similar to X4, but they feel lazier. The level designs and bosses aren’t as interesting. They’re forgettable.

And then you have X7, the series’ low point. It features awkward 3D sections and a third playable character whose name I won’t even bother to look up. And it trades the series’ charming sprites for bland 3D models. X8 stuck to 2D levels. While it still uses 3D models, it’s a more traditional Mega Man X experience. It’s not as good as the SNES games or X4, but it sure is a lot better than X7. 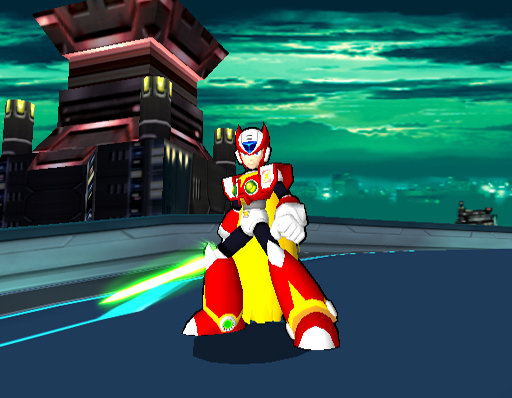 Which, to be fair, are probably the people most interested in these collections anyway. But then why not just put them all in one package. Heck, that’s what Capcom is doing for retail. If you want a boxed version of the game, you have to buy them together. They’re only available separately digitally.

Unless Capcom is somehow acknowledging that the first four Mega Man X games are better and giving fans a way to save money. Each collection is $20. The physical package with both is $40. You won’t save any cash buying them together.

Of course, after all my trash-talking toward those later Mega Man X games, I’m still going to get both collections. I love Mega Man so much that even his lesser adventures entertain me. Maybe Capcom is hoping others feel the same way.