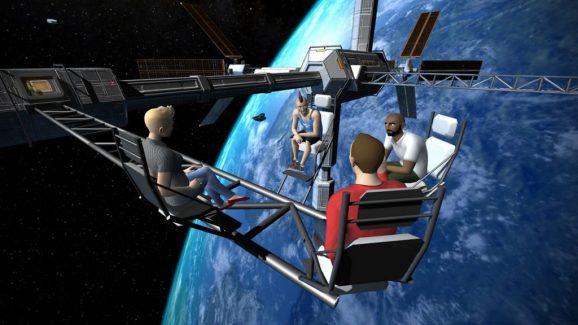 VTime, one of the first ever VR social networks, appears to still be going strong; the team behind the app just raised $7.6 million in a Series A round of funding.

The investment was led by Deepbridge Capital and also included U.K.-based loan and equity provider, MSIF. According to a press release, these funds will be used to “accelerate global growth and product development” as well as assist with R&D on a new AR version of the app coming later this year. No details on what to expect from that version just yet, though it’s not hard to imagine the app’s social meetups taking place on a smartphone.

If you’re not familiar with vTime, it’s pretty simple. You create a virtual avatar and meet up with friends online to chat in a range of exotic locales from cliff tops to caves. Friends can share images and even visit each other’s 360 degree photos. Unlike other apps such as AltspaceVR and Rec Room, though, vTime doesn’t allow you to move; every user remains in a seated position the entire time. That said, the app is available on a range of headsets spanning both mobile and PC categories.