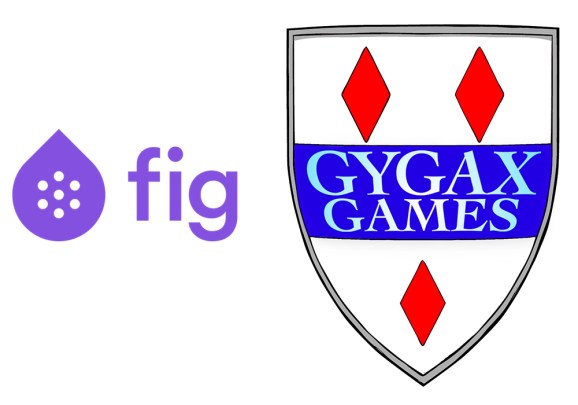 Video games owe a great deal to Gary Gygax, the co-creator of Dungeons & Dragons. In many ways, his game set foundations for the medium, and its mechanics and spirit branch out to all genres these days. But Gygax never created a video game that made it to market.

Alex Gygax wants to add video game development to his father’s legacy. Today, The Gygax Trust is announcing a partnership with the crowdfunding platform Fig to publish video games based on the unpublished works of Gary Gygax. Timing for the first campaign was not disclosed.

In an interview with GamesBeat, Paul Stormberg of Gygax Games said that the projects would deal with, among other things, the original home role-playing game campaign that Gygax ran. “We’ll just say it’s something people have been waiting for a long time,” said Stormberg, who’s worked for years in the pen-and-paper RPG industry.

Alex Gygax said that the trust picked Fig as a partner because of the important role fans play in crowdfunding. Since they don’t have a development studio signed or a game prototype yet, they chose Fig to work with. This platform differs from Kickstarter and Indiegogo in that people backing products can get a piece of the action and a return on their pledges.

“It’s a good opportunity to get some games produced and work with gamers and still be able to have some direction of where some things go,” Alex said, “making sure the spirit, the essence, of Dungeons & Dragons and the RPG Realm is kept in mind.”

I asked if it was at all based on Castle Greyhawk, the megadungeon that served as the base for one of Gary Gygax’s home campaigns. They were a bit coy about it, but they did confirm that the projects wouldn’t involve Gord the Rogue, his character that appeared in novels after the D&D co-creators breakup with his own company, TSR, or the Castle Zagyg, a Castles & Crusades megadungeon that could be called “The Son of Castle Greyhawk.”

“We’ll just saw it’s something people have been waiting for a long time,” Stromberg said.

The Gygax Trust has had years to adapt Gary Gygax’s works into a game. So, why did they decide now is the time? It’s a combination of platforms like Fig and the advancement of in-game design and computer tech.

“Video games have caught up” with the ideas and concepts my father played with, Alex Gygax said. “I think [the industry] has caught up with what we’re trying to create.”

Stromberg explained how over the years, the family has tried to work with studios to make games on Gary Gygax’s works before.

“Gail [Gygax, Gary’s wife] herself is quite familiar with the development of her husband’s IP for computer games, having worked with a number of companies over the years to do so. While the projects all had promise, some of them quite fantastic, the developers could never quite achieve the vision Gary had laid out,” Stromberg said. “However, now, with Fig, an amazing pool of talented developers, and some truly amazing advances in computer gaming, we know we can begin to bring the real jewels of Gary’s unpublished IP to his legions of fans and the larger gaming community.”

As we chatted, Alex Gygax and Stromberg kept talking about the fans. It’s certainly the people who play, who create adventures and worlds of their own, that have been the key to D&D‘s longevity over the past 40 years. Poking around internet communities such as Reddit and forums devoted to RPGs, you find people still playing the old editions that Gary Gygax published decades ago.

“[My father’s work] is something people love, and they stick with it. It had a very family like feeling to it, to everyone that has played or enjoyed it over the years,” Alex Gygax said.

On Reddit and those forums, you’ll also find people recounting their fond memories of encounters with Gary Gygax, who always made it a point to interact with fans at conventions and answer thousands of letters and emails. Alex Gygax even noted how his father would answer letters from prisoners.

And it’s that passion and goodwill that Fig and the Gygax Trust are hoping to tap for their crowdfunding campaign.