Nintendo Labo hit the world today with an unusual quiet. Warm impressions of the winsome cardboard construction kits and their attendant video games flitted around the internet and the video game obsessed corners of Twitter, but we didn’t see the fervor that usually follows when Nintendo foists some bizarre, beguiling entertainment on the world. It was neither as noisy as when Amiibo frothed up obsessed collectors in 2014 nor as totally unnoticed as when Donkey Kong Jungle Beat and its dope-as-hell konga controllers hit ten years earlier. Labo just slipped out.

To me, Nintendo Labo’s release day is momentous. These kits may lead to a sales boom the likes of which Nintendo hasn’t seen in 10 years. To be more specific: Labo could be the second coming of Wii Fit.

Here in the step-counting land of Fitbits and Apple Watches, it’s hard to remember just how revolutionary Wii Fit was when it came out in May 2008. That cumbersome scale and the game that came with it was a big deal both in terms of its ingenuity in gameplay and as an absolute stroke of market genius. Artists and marketers alike spent damn near the whole 20th century trying to make dieting and exercise aides into appealing entertainment, but no one had ever done it with the same panache or savvy as Nintendo. The notion of a game that was good for you wasn’t new either. Nintendo had struck gold before with its Brain Age software for the DS, the series that debuted in 2005 and purported to improve mental acuity. But Wii Fit was still a risk; cleverly presented word and math problems are an easier sell at just $20 than a game and a scale you’re supposed to do awkward push-ups on at $90.

But people didn’t buy Wii Fit because it was going to make them healthier. Yes, it offered the simple utility of tracking information about your general health. (Of course, compared to most basic iOS fitness apps that were releasing around the same time, Wii Fit didn’t really track much useful at all.) People bought it because Wii Fit looked fun. They already knew the Wii itself was fun and this, with its gentle, soothing graphics and bouncy use of those lovable Mii avatars that helped sell the console so well, looked like it might be just as fun as Wii Sports. Wii Fit did what every would be Shake Weight and Thigh Master never could: It made getting sweaty in your living room look like a good time. 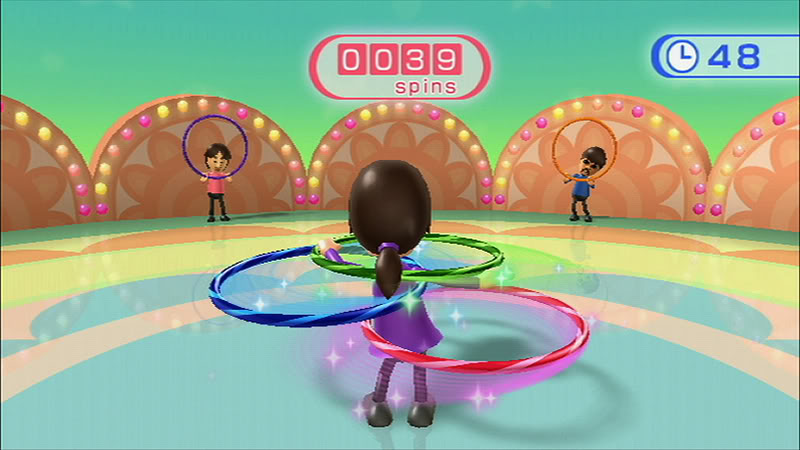 Above: Using a real hula hoop can be a great core work out. Wii Fit’s was… well, at least you were moving.

It worked. Nintendo sold 23 million copies of Wii Fit, a staggering number when you consider how its cost compared to the average Wii game price of $50. That’s even more impressive in light of the fact that Nintendo sold a total just over 101 million Wiis, giving Wii Fit an attach rate of nearly 1-in-4. These are the types of numbers you see with games that come packed in with a game console, not a comparatively expensive peripheral.

The ultimate revelation, though, is that Wii Fit wasn’t really that effective. Plenty of think pieces got written about its merits, but the general consensus among health and fitness professionals alike was that Wii Fit was flawed at a fundamental level. The core measurement of your progress was tracking a user’s BMI, their body mass index as calculated by a simple height-to-mass ratio that in no way considered muscle tone or different body types. Professional yoga trainers with some upper body bulk could get on the scale only to see Nintendo’s machine spit back a super-chubby version of their Mii character. The machine thought they needed to do more jogging in place while holding the Wii remote.

It’s real benefit was promising people some fun while potentially raising their awareness of fitness. “[Anything] that promotes physical activity is a good thing,” said Esquire fitness columnist and pro trainer James Mitchell back in 2008 before indicting Wii Fit’s numerous features.

Did it matter to people walking into Best Buy hunting for a good time? Nope. Which brings us to Labo. The cardboard kit’s promises might seem less lofty than Wii Fit’s at first blush. After all, a fancy Erector Set that can let your seventh grader make a robot-controlling backpack or a little keyboard that can turn your Switch into a music lesson machine doesn’t seem demonstrably different from classic toys. Erector Sets were invented in 1913, and even ye olde NES had the Miracle Piano back in 1990. 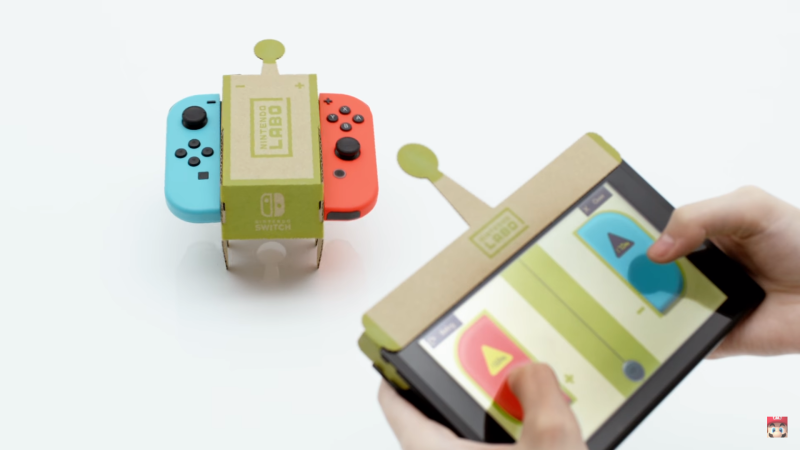 Above: Is Labo like building a real robot? No, but that’s not the point.

With customizability in the future for Labo, where people can start programming their own games and cutting out their own kits from regular old cardboard rather than the kind in Nintendo’s $80 boxes, the promise becomes more profound. Nintendo is ostensibly offering a gateway to STEM skill improvement in the same way that Wii Fit was offering a gateway to athleticism. Programming, engineering, machine tooling; these highly desirable professional skills are baked into the basics of every Labo package. And cutting out your own little cardboard fishing pole, folding it together, and catching digital fish looks like a hoot just like watching your little Mii shrink around the waist.

Fun is all Labo has to be as well. Just like it didn’t matter that Wii Fit’s exercises were necessarily super effective or accurate–what the hell were most of those pigeon yoga poses about anyway–or that its measurement weight didn’t in any way reflect real personal health, it doesn’t matter that Labo might not actually prepare players for $200K per year engineering gigs at a robotics lab. That it’s software that raises people’s awareness that they can create things, that the can program and engineer and have a hoot while doing so, is why it’s so exciting as a product, a game, and a new branch in the growing tree of Switch’s life.

Will 1-in-4 Switch owners have a project Labo set? I don’t know. We saw a lot more hype ahead of Wii Fit in the mainstream and gaming press alike than we see now for Labo. This is a very quiet landing for such an unusual, promising Nintendo creation. To me, though, it has thunder in its heart, and I’m all too anxious to see if a storm breaks out of it.