It may seem like something out of science fiction. But Seattle-based Glowforge raised a staggering $27.9 million in 2015 with a crowdfunding campaign. The startup took in more than $70 million in orders, and it has now completed its preorders and is launching the product for the general public.

The 3D laser printer has already been used to print everything from personalized leather pet collars to coffee makers to outdoor business signs — even a pediatric surgical training tool. It is a subtractive technology that allows you to engrave imagery on materials or cut the materials into certain shapes. 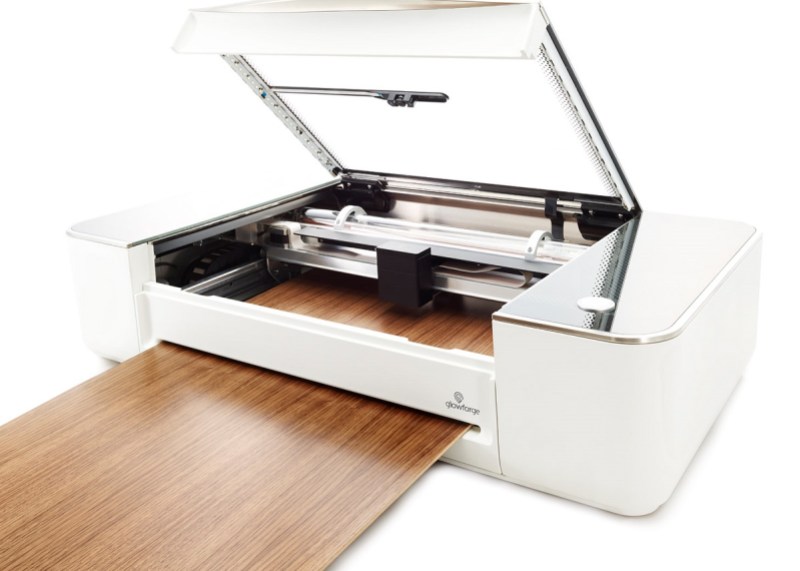 Above: Glowforge 3D laser printer can print on just about any surface.

In the past, laser cutting and engraving technology had to be done in factories. But with Glowforge, you can now do those things in your home or small business.

“From the very start, we designed the Glowforge 3D laser printer to unlock people’s creativity,” said Glowforge CEO Dan Shapiro, in a statement. “We set out to re-invent the idea of ‘homemade’. What if you could print what you wanted, when you needed it? What if you could sketch a design, then turn it into something real you could use, without complicated software? What if your gifts were personal instead of purchased? What if it was easy to print your ideas a hundred times, so you could launch a business?”

You can set up Glowforge in minutes and connect it via Wi-Fi. No software is required, as it uses the web browser or app on any Mac, PC, tablet, or smartphone. Users can create and print from a range of software, including Adobe Illustrator, Adobe Photoshop, Inkscape, CorelDraw, GIMP, Autodesk 360, and SketchUp. It’s also possible to bypass software altogether — the onboard cameras can scan a drawing and transform it directly into a print on almost any material.

Glowforge offers a line of Proofgrade materials digitally encoded so Glowforge printers can recognize them and auto-adjust to print properly. The basic version costs $2,495, the plus version is $3,995, and the pro version is $5,995.