Bungie gave the world its first look at Destiny II‘s second expansion, Warmind, during a reveal stream on Twitch today. Warmind comes out for PC, PlayStation 4, and Xbox One on May 8.

Warmind takes place on Mars, a planet featured in the original Destiny. But we’re going to a different part of the planet, specifically the icecaps. The namesake, the Warmind Rasputin, is a powerful AI that is causing havoc across the solar system … including on Mars, where the icecaps are now receding and revealing some secrets.

Destiny II launched on September 6 for PlayStation 4 and Xbox One, with a PC version following on October 24. The multiplayer shooter became one of the best-selling titles of 2017, but players began complaining about a lack of content. Those complaints escalated shortly after the release of the first expansion, Curse of Osiris, on December 5. It introduced new story missions, cooperative content, weapons, and more, but players complained it was not enough content. I finished the Curse of Osiris story and reached the max power level for my character after a couple of weeks.

This second expansion will give Bungie a chance to recapture the attention of lapsed players. Since launching Curse of Osiris and following complaints from players, Bungie has been releasing a series of updates and roadmaps aimed at giving its fans more endgame content. Warmind will be the largest content drop yet since Curse of Osiris. 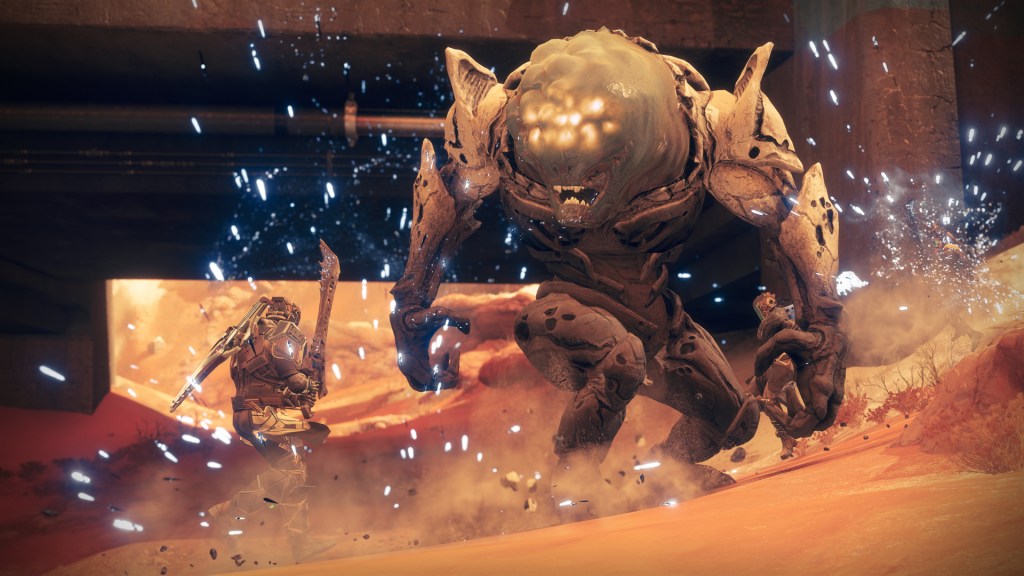 Warmind will introduce Escalation Protocol, a new endgame experience that gives players a more challenging cooperative experience. They are a new kind of Public Event, which take place in public player spaces so anyone can run in and join. While other Public Events happen on a schedule, you can activate Escalation Protocols yourself. These activities summon waves of enemies and bosses. You can also earn unique armor and legendary weapons from these events.

Destiny II is also adding an emote wheel, so players can equip more than one at a time. Destiny II’s competitive multiplayer, Crucible, is adding player ranks and private matches. You can earn rewards like special weapons by increasing your rank. Warmind is also adding new maps for the Crucible. Bungie is also focusing on making exotic weapons — the game’s highest rarity — feel more special by making them stronger.