Discord can soon show you what your friends are playing on Xbox Live. Microsoft announced today that it is enabling players to link their accounts to the popular PC messaging, community, and voice-communication app. This will not enable people on Xbox Live to talk to others using Discord directly, but it does open up each platform to work together more in the future.

“You will now have the option to link your Discord account to your Xbox account, making it easier than ever to see what your friends are playing,” Xbox Live boss Daniel McCulloch wrote in a blog post. “If you are playing Sea of Thieves on your Xbox, you can now choose to give your Discord friends the ability to see that and decide whether they want to hop on their Xbox and join you.”

You can connect Xbox Live and Discord from either service. On an Xbox One, you go into the settings to link a new social account. On Discord, you find the new Xbox Live option in the Connections tab. 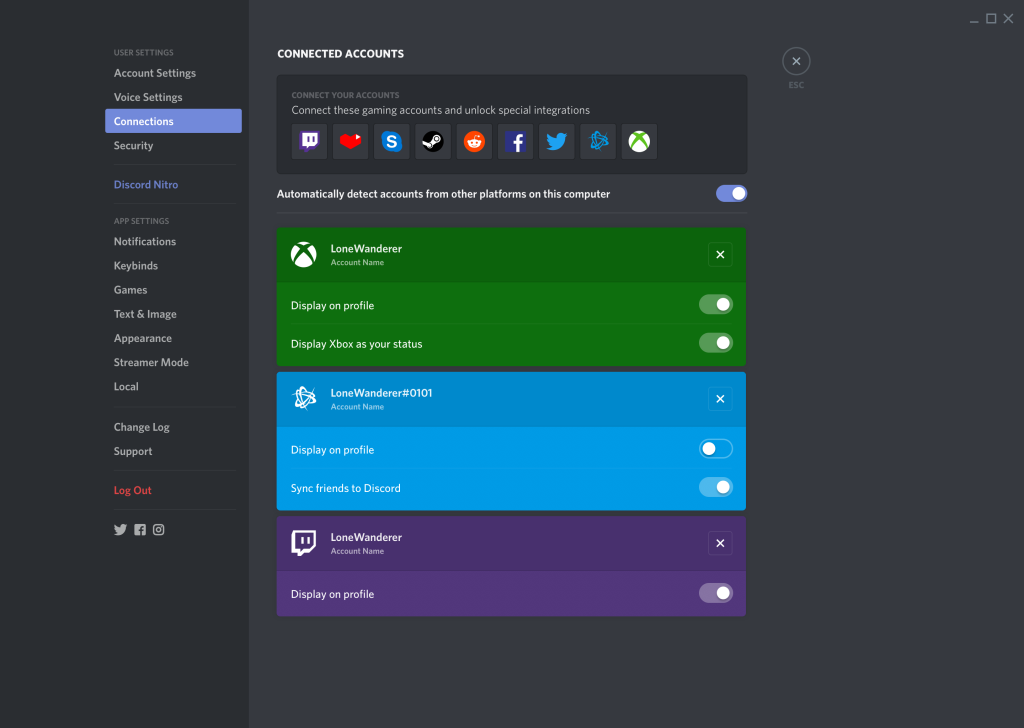 This integration between Xbox Live and Discord is so minimal that it shouldn’t have any major impact on the way people use these platforms, but it’s still a fascinating move by Microsoft. Discord has around 100 million people signed up for accounts, and it is turning into the dominant social network for PC gamers. Microsoft, which has tried and failed repeatedly, to get its own platforms to catch on with that audience is seemingly shifting its strategy. Instead of always trying to build something of its own, Microsoft is looking at ways to improve Xbox Live — which is also on PC — by finding its customers where they already are.

And if this Discord/Xbox Live collaboration expands to include other features, it could bring groups of players together just as they are coming together through cross-platform support in games like Fortnite.

Or, you know, Microsoft could acquire Discord.