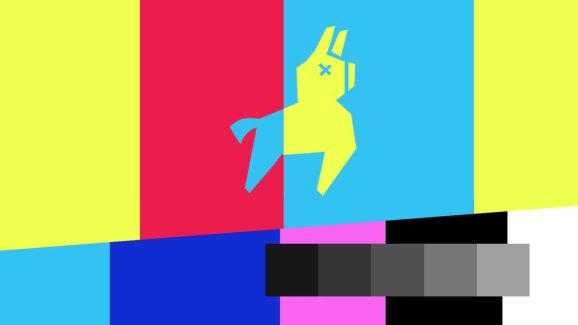 This is the image that will appear on all real-world TVs when Fortnite destroys civilization.

Epic Games continues to tease its massive Fortnite audience with in-game events and posts on social media. For weeks, a comet has hovered over the battle royale shooter’s map and threatened … something. Now, the in-game TVs have all turned on and are now showing an emergency-broadcast-like image with the Fortnite llama. They are also emitting a warning siren that sounds a lot like the Emergency Broadcast System in the United States.

The official Fortnite account on Twitter also posted the TV image, so Epic is trying to get the community worked up. That is working as other teases have overtaken the Fortnite map.

In the last couple of days, the comet has started to look more like a spacecraft. At the same time, signs started popping up around the central city location of Tilted Towers.

These signs include a picture of city buildings contained within a heart, a meteor, and the word “Today” scratched out and replaced with the word “Tomorrow.”

Fortnite’s Season 3 content period is ending April 30, so one potentiality is that Epic is teasing its Season 4 Battle Pass that enables people to unlock cosmetic items quickly. A significant portion of the audience also thinks that the comet is a precursor to a major change in the Fortnite map that will destroy Tilted Towers.

As of right now, Tilted Towers has a bad reputation for providing too much loot. That tends to throw off the balance and pacing of a match. It’s possible that Epic is going to use the comet as a way to rework Tilted Towers into something new … and then maybe sell cosmetic items inspired by the event.