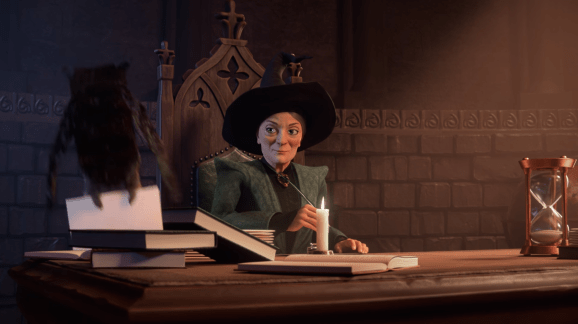 Jam City and Warner Bros. Interactive Entertainment’s mobile game Harry Potter: Hogwarts Mystery launched yesterday, and it soared up the Apple App Store charts within the first 24 hours. It’s the No. 1 game in the free-to-play category, and it’s already No. 10 on the top-grossing chart across all categories, according to market analyst Sensor Tower.

Hogwarts Mystery is a role-playing game where folks can customize and play as a new student at the school of witchcraft and wizardry. In addition to solving the mysterious disappearance of your older brother, you also attend classes, cast spells, and bond with other students.

The game’s success isn’t mysterious, since over 2 million players had already signed up to play before the game even launched. Author J.K. Rowling’s book series is a cultural phenomenon and its movie adaptations have swept the box offices, earning over $7.7 billion. It’s now cashing in on its popularity in game format — Sensor Tower reports that this is the first time Jam City has reached the top-10-grossing chart with one of its titles in three years.

“Jam City has a history of highly successful licensed mobile game launches, including two Family Guy titles that both reached the top 10 on iPhone, but Harry Potter: Hogwarts Mystery is far and away the biggest launch we’ve seen from them,” said Sensor Tower head of mobile insights Randy Nelson. “It’s the first to reached No. 1 on the U.S. App Store and the first of their licensed IP since 2015 to reach the U.S. iPhone top 10 for revenue, and this is just in the first 24 hours.”

Because Hogwarts Mystery is free, it’s earning all its revenue through in-app transactions — the same tactic that has allowed Epic Games to earn over $25 million for its free-to-play hit Fortnite: Battle Royale. The fact that it’s climbed the top-grossing chart so quickly indicates that Jam City has an aggressive monetization strategy in place.

“The game monetizes in a fairly traditional way for free-to-play mobile titles: Players exchange a premium currency for energy that is used to progress faster than they otherwise could. A large portion of the game’s early players are undoubtedly Harry Potter superfans who, as voracious consumers of everything Rowling, are willing to spend money in order to experience everything it has to offer as immediately as possible,” said Nelson.

Jam City isn’t the only studio that’s tapping into Harry Potter‘s passionate fanbase. Pokémon Go developer Niantic is working on an augmented reality game in the wizarding world, so players may soon find themselves with more games on which to spend their Galleons.