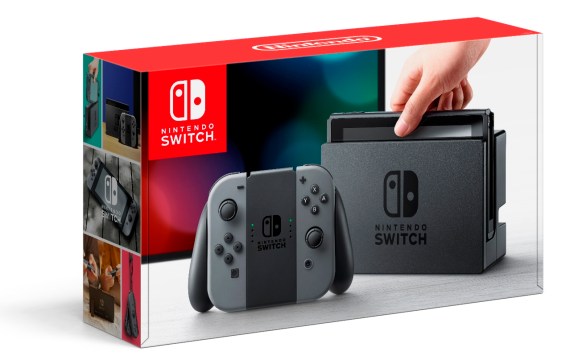 Nintendo announced today that its Switch console has now sold 17.79 million systems as of March 31. Nintendo released the information as part of its fiscal year report. Nintendo had forecast that it would sell 14 million consoles, a target that it easily passed.

The Switch came out on March 3, 2017, and has been a huge hit. The portable/home console hybrid had reached sales of 14.86 million as of December 31, so it has managed almost another 3 million sold since then. Nintendo is estimating that it will ship another 20 million units this fiscal year.

Super Mario Odyssey, the 3D platformer that we scored 100/100, is the console’s best-selling game. It has moved 10.41 million copies. Mario Kart 8 Deluxe follows with 9.22 million sold, and The Legend of Zelda: Breath of the Wild (which we also scored 100/00) is in third with 8.48 million games sold.

Nintendo is releasing more ports of Wii U games — including Donkey Kong: Tropical Freeze (May 4) and Captain Toad: Treasure Tracker (July 13) — this year. It also delivering a new Mario tennis game — Mario Tennis Aces (June 22) — and a new entry in the fighting game series Super Smash Bros. (which will release sometime this year.)