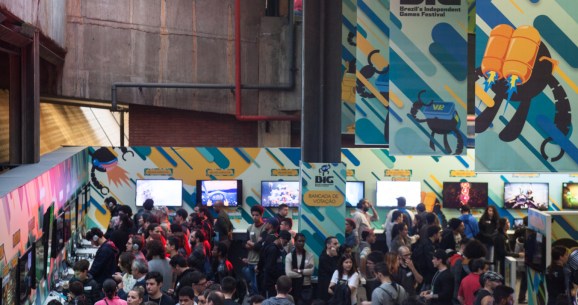 Last week, Brazilian indie developers released an open letter directed toward Brazil’s Independent Games (BIG) Festival, one of the largest events of its kind in Latin America. The letter collected over 200 signatures and was a collaborative effort to detail the criticisms and requests of the local community. BIG responded in a statement, and it hosted a public meeting to discuss the issues in person yesterday at the Centro Cultural São Paulo.

The open letter criticized aspects of the festival, such as the judging process for its awards, a perceived lack of transparency, and no travel funds for Brazilian developers. BIG takes place each year in São Paulo, which can be quite a trek for those who live in other parts of the country. In its response, the festival addressed the criticisms point-by-point. And BIG CEO Gustavo Steinberg says that he’s looking forward to talking with the developers face-to-face, though he’s perplexed why they used an open letter to communicate their concerns.

According to Steinberg, the organization has a few different channels for communication on its social media pages as well as on its site. During BIG Festival, it hosts the monthly developer meetup SPIN. It also has a spokeperson who’s responsible for interfacing directly with local developers — though they were stymied somewhat because they weren’t accepted into Boteco Gamer, a key Facebook group where Brazilian developers discuss industry happenings. This may be where some of the communication breakdown happened.

“I learned today that he asked to join that group three months ago, and he wasn’t accepted,” said Steinberg in a call with GamesBeat. “Of course I should have realized that sooner, but I didn’t. He’s been doing all of his tasks as the head of communication with the indies, but he was concentrating on the applications and submissions to the festival. Entries are still open. He’s trying to respond to all the questions developers have and everything. I totally didn’t see that he was not at Boteco Gamer. I think that’s our fault. It’s a problem. But that doesn’t mean we’re not in touch with the indie community.”

Indie studio Rogue Snail founder Mark Venturelli says that, given the number of signatures, it’s clear that a lot of developers feel like they aren’t being heard. He also thinks that the letter was “too inflammatory/confrontational in tone,” and though he agrees with some of the points, he also believes that overall the event is doing a good job. It just needs some guidance.

“The people who I know in the organization are great people who want nothing but to grow the Brazilian scene, and they are usually willing to listen and to change,” said Venturelli in an email to GamesBeat. “They are not developers themselves, however — they hail from government agencies and associations that aim to improve the economic impact that game development has in the country. Therefore, there are cultural and knowledge gaps to be filled between the development community and the event organization.”

However, Lostalloy cofounder Clarissa Picolo, one of the developers who signed the letter, says that the tone isn’t the point. “Even the people who wrote the letter agree that the tone is a bit harsh,” she said to GamesBeat in a phone call. The letter was quickly written in an afternoon by a number of people at once, so it was a process that perhaps valued speed and not tact. And Picolo suggests that they chose such a public method because they want to effect change sooner rather than later. If they wait too long to give feedback, the event might crystallize into its final form. But now, with BIG going on its sixth year, it’s still a young festival that’s open to change.

“I think that the reason why people decided to voice their opinion is because they may be thinking that if they don’t do that early on, what may happen to this kind of event?” said Picolo. “What may happen to this organization, to the festival? Something that’s happened to other things here in the country. They end up concentrated in the hands and in the interests of very few people.”

A recurring question pops up in the open letter as well as BIG’s response: What exactly counts as “indie”?

The definition of an independent game is malleable, particularly in Brazil’s context where developers might find themselves relying on government or institutional grants. But even outside of Brazil, the indie category is applied liberally to one-person games as well as to projects by developers who have worked on triple-A titles.

Some people argue that the content of the game determines the “indie” categorization — titles that take risks and that don’t cater to a mass audience. But no one would argue that Stardew Valley, which was a labor of love by solo dev ConcernedApe, isn’t indie despite its wide appeal and millions of copies sold.

Others say that an indie game must be self-published, but to counter that, there’s a whole array of publishers like Finji, Devolver Digital, and Raw Fury that specialize in publishing indies. Finji’s most recent title, Night in the Woods, is a beloved indie from a small team with a Kickstarter campaign. So this definition also seems shaky — especially considering that it leaves out developers from outside of the U.S. and Europe who rely on publishers to reach markets and help get the word out about their games.

The open letter questions whether or not funding might make an impact in how “indie” something is, though. “How will grant-supported games be treated [by the festival] since they cannot be compared to games made by completely independent studios?” it asked.

It’s one of the topics that both parties were gearing up to discuss at Wednesday’s public meeting, and Picolo says that it sparked quite a bit of debate within the community before that as well.

“Regarding video games, we consider independent the projects that aren’t controlled by big platforms and consoles,” said BIG in its translated statement. “An independent game can be available on those platforms, but the rights over it must stay in the hands of the independent producers. There are huge variations inside this definition, going from 100 percent experimental games to market-oriented games.”

Coming up with a definition of indie might ease expectations between developers and the event. But BIG also emphasizes that its mission encompasses the entire games industry and so showcasing indie games is only part of what it’s trying to achieve. In its statement, it tries to convey those values to explain some of its decision-making.