“Let us also remember that advergames and outsourcing is of great importance to developers not only in the current scenario, but also historically, and for a long time it has been a predominant specialty in the country, boosting much of what we have in the market today,” said BIG’s statement. “The games with artistic and narrative value are reasons for celebration and admiration, but for us it is also important to the history of the industry and recognizes that above all, the development of games is also a market.” 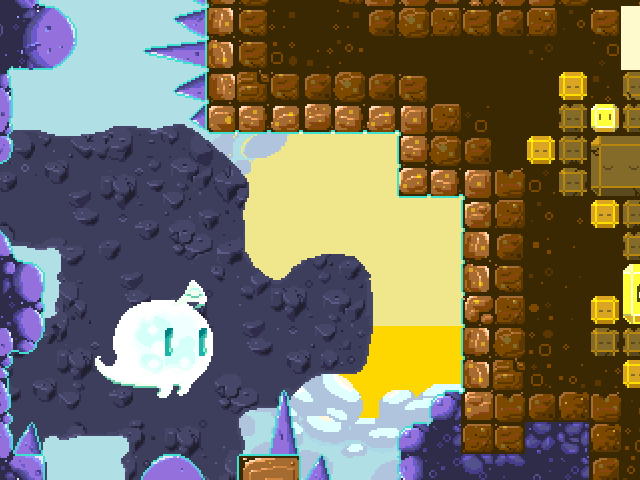 Above: Lostalloy’s adorable Metroidvania Aftertile stars a ghost who can go through walls.

The great indie debate might not get resolved any time soon, but the festival has already made some moves to address another recurring concern. The Brazilian developers’ open letter brings up the question of students and new developers and how the event can accommodate that group of people.

JoyMasher cofounder Thais Weiller started the open letter, though after she opened the Google document, the community took over with writing and self-moderating the collaborative process. In additional to developing games, she also teaches a three-year game design and production course at Pontifical Catholic University of Rio de Janeiro. One of her primary concerns is how the festival can benefit students, whether that’s in the form of panels or a signal boost with a student showcase.

“[The letter] was open to edits and comments, and one female student made a very passionate comment about how she and her colleagues went to all BIG festivals since they started studying video games and how at first it looks like a magical and very interesting place,” said Weiller in a chat conversation with GamesBeat. “And how this image cracked when she couldn’t see herself or her friends there, not now and not in a close future. She said it is very discouraging to be one of the biggest part of the festival’s attendance (students) and still be completely ostracized by the curation of the games and talks. She said the only talk that felt interesting was full and they could not watch it.”

Picolo echoed these concerns, noting that while the festival is free, not everyone can attend the whole time because it occurs on weekdays. Students have limited schedules and often pick a few talks that they’d like to see. The issue, Picolo says, is that not all of these panels are relevant to developers and that some may have “misleading” titles and summaries.

“You go to a talk about animation. The theme is animation. They’re going to talk about how animation is important and so on,” said Picolo as an example. “But you get there and what you see is people advertising the products from their company. I’m not saying this is bad. It’s OK. We love seeing examples. We love seeing and hearing about success. But for someone who has a tight schedule, who studies and probably works, it would be better if the festival prioritized talks which are more general, more related to the process of development, and not necessarily exclusively based on things that are already finished, produced, and done.”

BIG pushed back on the criticism that the talks aren’t relevant to students. Last year, the event had 129 different panels, and Steinberg says that they have to balance the needs of the different demographics as well as those of the sponsors.

“[The talks are] something that’s always related to the industry, related to the needs of the community,” said Steinberg. “Again, we don’t try to hide it, but we do rely on sponsors. Sponsors like to talk about what they’re doing. I don’t see it as a problem. Again, it’s a small percentage of the sessions. We work with different parallel rooms. If you don’t want to see that, you can go see something else.”

In response to the community’s request to get more student games on display, though, Steinberg says that the organization has heard that feedback. It’s considering a way to have a space where student prototypes can be showcased. And this year, it incorporated a new student game category in its application and it’s considering implementing a “Best Debut” award. 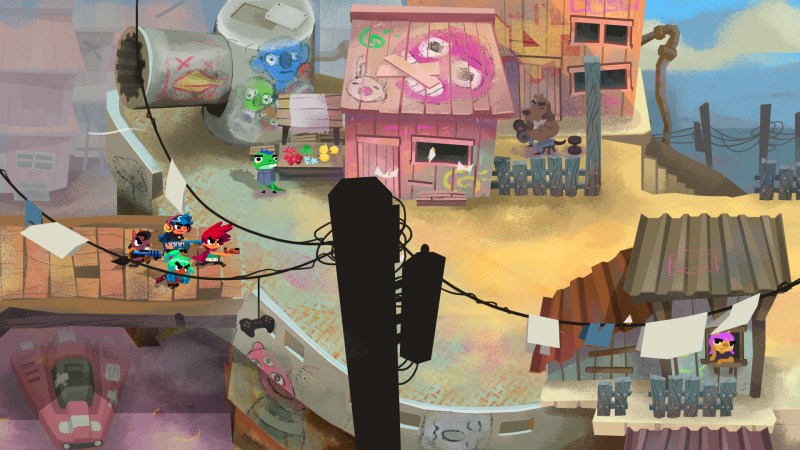 All of this back and forth between the developers and BIG might seem alarming because it’s taking place in public, but most people I talked to are optimistic. It’s a conversation geared toward making sure one of Latin America’s foremost gaming events represents the needs of its local community.

After BIG released its statement, the developers began working on another open letter. They copy and pasted the statement and commented on various sections. Picolo says that based on these comments (which are in Portuguese and haven’t yet been translated to English), the overall sentiment seems to be that it was a good reply.

“The attitude they have is, OK, cool, let’s talk now. Let’s start commenting on things. No bickering. There’s no poking at each other,” said Picolo. “People are getting to the point. Let’s do business. Which I think is really good, because people are interested in solving what they think is a problem instead of attacking. Somehow I got the impression that there would be people attacking each other, and this isn’t happening.”

“Nobody’s against anybody here. We just want to build something that works,” said Steinberg. “There are limitations for us. We cannot just say yes to everything, even if we’d like to. But I’m optimistic that on Wednesday we’re going to build something interesting out of this. It’s already something interesting. It’s good that there was a manifestation and that people were vividly defending their positions, because that means they’re interested in the event and worried about the event. I believe that’s a good thing.”

The festival is also making some moves to address other points brought up in the open letter, like releasing the names of the jury members who are responsible for selecting award-winning games. It asked for further explanation on other feedback: “We would like to get a better explanation on what is perceived as ‘biased selection,’ so we can see what else can be done to answer this question,” said the statement.

The exchange between BIG and the developers is fascinating because it isn’t developers raising issues with an established event like PAX or E3. Instead, it’s a conversation happening in an industry that’s still growing, with new developers and a new event. It’s being built from the ground up, and members of the community are keeping the pressure on the organizers to keep it relevant.

Picolo says that normally developers talk among themselves in local groups, but the open letter brought everyone across the country onto the same page. And their concerns are timely because of what’s happening in Brazil politically speaking.

“Given our country’s history of manipulation, of corporations hogging everything for themselves—an ex-president was arrested a couple of weeks ago. It’s a completely founded concern [about BIG],” said Picolo. “I think our community of game developers is very—they have strong opinions, and they voice those opinions. It’s good, because they communicate with each other. But I think what happened is it needed a larger communication. That’s what this letter was about.”