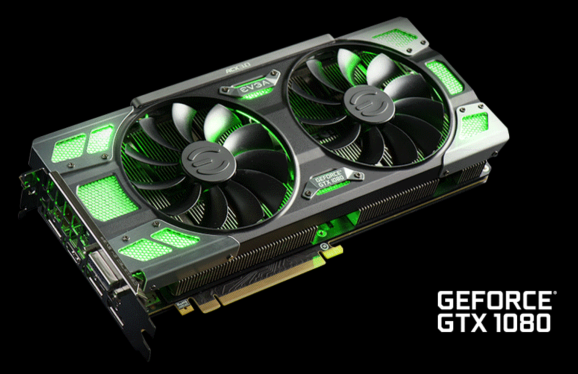 Nvidia should have plenty of these left over.

If you were looking for a new graphics card for your PC over the last year, your search probably ended with you giving up and slinging some cusses at cryptocurrency miners. But now the supply of video cards is on the verge of rebounding, and I don’t think you should wait much longer to pull the trigger on a purchase.

Earlier this week, Digitimes reported that GPU vendors like Gigabyte, MSI, and others were expecting to see their card shipments plummet 40 percent month-over-month. The market for digital currencies like Bitcoin and Etherum is losing some of its momentum, and at the same time, large mining operations are pulling back on their investment in GPUs in anticipation of dedicated mining rigs (called ASICs) that are due out before the end of the year. These factors working in conjunction seem like they are leading to more supply, which in turn is forcing retailers to cut prices.

For example, the Gigabyte GeForce GTX 1080 video card is selling on Amazon right now for $700. Other retailers even have it listed at the original MSRP of $600. These are the lowest prices of 2018 so far.

So are we out of the great GPU shortage? Maybe. For now. But I wouldn’t count on this lasting long. If you have the money and can find the GPU you want, you should act now.

I’m not trying to find something new to panic about now that GPU prices are coming back down to Earth. I just don’t believe that we have seen the end of cryptocurrency driving up the price of Nvidia and AMD products.

I am not a True Believer in crypto and blockchain. I don’t own even a sliver of one of these digital coins, and my eyes glaze over when I see one of a dozen new pitches in my email about how this technology is going to change gaming and everything else. So it wouldn’t surprise me if this market shriveled up and disappeared. At the same time, it’s obvious that investment is high in this space for a reason, so even if cryptocurrency is cooling off at the moment, it is probably going to bounce back.

But when it does bounce back, we should probably expect those ASICs to step in and replace GPU mining, though, right? I don’t know. That was exactly what happened with Bitcoin. Mining that original digital coin with a GPU has not been viable for years, but then Ethereum and plethora of other altcoins came along with more GPU-friendly algorithms — and that’s what led to the last year of shortages.

The point is that while ASICs are faster and more power efficient, that does not mean that the collective rendering power of GPU farms around the world is suddenly valueless. So I’m expecting that in a few months or maybe a couple of years, a new altcoin will arrive that will want to leverage the power of GPUs. And then we could find ourselves right back in the mess that we dealt with throughout 2017.

So yeah, don’t wait. Even with reports leaking details about Nvidia’s upcoming 11-series GPUs, getting a 1070 or 1080 right now at or near the MSRP is a safe move that should enable you to get through years of gaming without having to upgrade again.