Esports may not be bigger than traditional sports when it comes to revenues yet. But the industry is in its early days, and the good thing is that it is keeping a highly desirable demographic very engaged with both esports spectating and game playing.

Peter Levin is chairman of the Immortals esports team as well as president of interactive ventures, games & digital strategy at Lionsgate, the movie studio that created films, such as The Hunger Games. Yvette Martinez-Rea is CEO and managing director of esports tournament company ESL North America. They both spoke about the growth of esports at our GamesBeat Summit 2018 event.

Nielsen recently compared the esports demographic — about 70 percent male, ages 13 to 40 — to soccer fans, and it said they are “irresistible” to brand advertisers. But they’re hard for advertisers to target, as they only watch about four hours of TV per week. They spend twice as much time playing games. They follow an average of 5.7 games and 2.6 game genres. 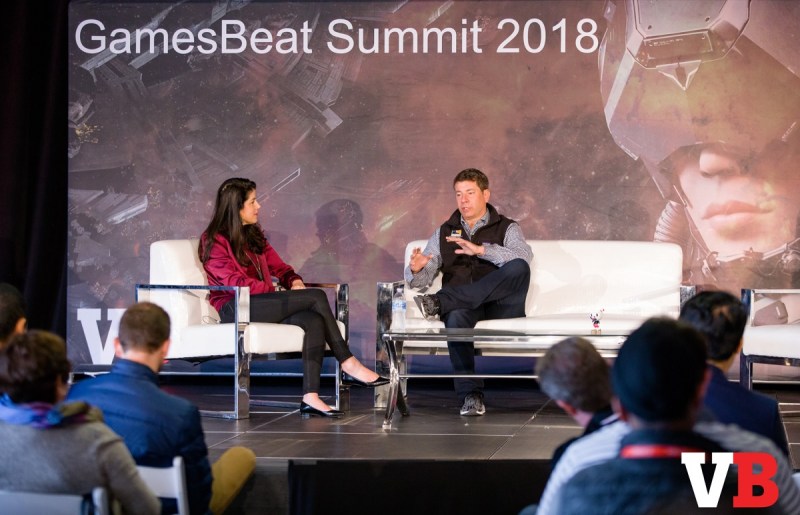 Above: Yvette Martinez-Rea and Peter Levin were early believers in esports.

Esports fans use social networks ranging from Reddit (22 percent) to Facebook (57 percent). In the U.S., about 66 percent say they watch livestreams of esports live while only 37 percent attend live esports events. For the most part, esports fans aren’t as excited about viewing traditional sports. About 66 percent of U.S. esports fans watch football while just 39 percent watch boxing.

Market researcher Newzoo expects that global esports revenue will grow 38 percent to $906 million in 2018 and hit $1.65 billion by 2021. Esports will continue to be smaller in revenues than traditional sports, but it is rapidly gaining in terms of numbers of spectators. Once those spectators start spending like traditional sports fans, then advertisers will shift more money to esports, and the industry will continue to gain momentum.

Check out the video of the conversation between Martinez-Rea and Levin.