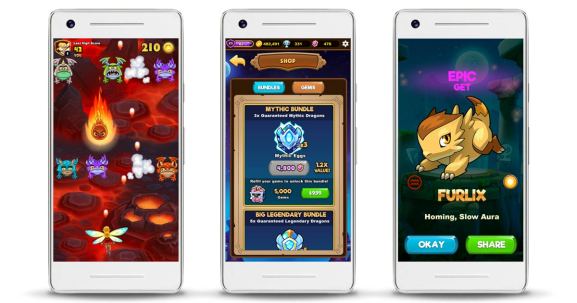 Facebook continues to try to entice gamers and game developers into its ecosystem, this time by adding a new way for devs to monetize on its Instant Games platform: in-app purchases. At its F8 developers conference today, the social media giant said that developers will be able to submit their games for approval on May 7 though the documentation is available today. The feature will at first only be available for titles played on the web and Android devices.

Since launching in 2016, Instant Games has built up a library of games that includes hits such as Zynga’s Words With Friends and arcade classics like Tetris. And last month, the platform exited its beta phase and is now recruiting developers in earnest, which is where features like in-app purchases come in.

In the last six months, Instant Games has added new features like in-game ads and livestreaming. Facebook on the whole has also launched a pilot program aimed at getting more broadcasters to livestream gameplay on its website, which seems to align nicely with Instant Games’ initiatives.

Developers will receive 70 percent revenue share with Facebook for in-app purchases in their games. On mobile, the site will take its 30-percent cut after developers have paid the Google Play platform revenue share.

“Our primary goal is to build IAP in a way so that our developer partners can sustain and grow, and we’ll continue to evaluate rev/share with that goal in mind,” said Facebook product manager Olivier Bouan in a blog post. “While we’re initially rolling out in-app purchases on Facebook.com and Android, we’re still exploring monetization options on other platforms.”