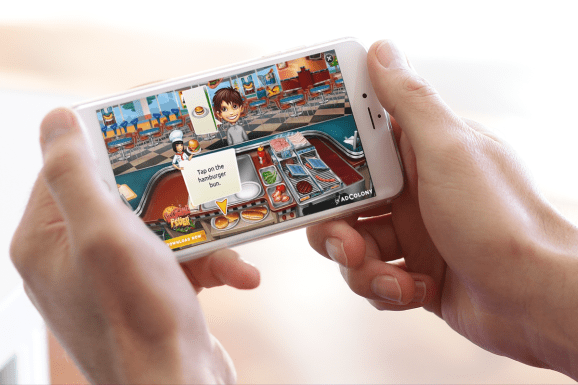 In a recent survey of the world’s top-grossing app developers, playable ads were one of the two ad units that publishers were most excited about for the future, as it becomes more clear that immersive experiences drive significantly higher levels of monetization.

Advertisers are on board, too. Earlier this year, we found that more than 7 out of 10 advertisers find playable ads to be effective, and 46 percent find them to be the most exciting ad unit for 2018, as well.

Yet currently only 5 percent of ad budgets are going to playables. Why the hesitation? Publishers, too, seem confused and hesitant. Out of the same group that are so “excited” about the unit, 38 percent said they are just “not sure” what to make of them. Why all the hesitation?

I believe that the reticence about playables comes from a fear of the unfamiliar. Playables are so new, so much like an experimental drug that just hit the market, it still feels risky to take that leap. Many publishers and app developers have the impression that serving ads with gameplay inside an app distracts users from their experience and, ultimately, confuses them.

This could not be further from the truth. Playable ads are the second most accepted full-screen ad format (22 percent) among consumers, just after rewarded video (40 percent). Banner ads, interstitial units, pre/mid-roll video, and in-feed ads all ranked far lower than playables.

So if playables are so “accepted,” and everyone is so “excited” about them, why aren’t they more prominent? Sure, they are relatively new. But I would also argue that playables, as they are executed and presented today, are still not at the point where app developers would think of them as a must-have. Nor are there any “poster children” for playables where advertisers look at how it’s being done and think, “Now that could be my game, and that should be my brand.” That’s because the playables of today don’t represent those of the future — we have so much space for innovation here.

We can get much better at playables. Here’s how:

There’s a myth that playables ads are heavy, that they’ll be too slow to load, and you know what happens when mobile users have to wait… they bail. But it’s not only possible, it’s common, to make playable ads that weigh significantly less than one would expect, given the assets and experience using optimization techniques that reduce the file size without sacrificing user experience.

More importantly, if you are working with an ad partner that has a large SDK footprint, the ad will preload on the user’s phone, so that problem wouldn’t even surface. (In other cases, it would simply become streaming-based, and require no download.)

One of the major keys to a positive ad experience for mobile users is selecting the right moment in their experience to serve an ad. When a user is in between game levels, for instance, or in a non-gaming app, as they are navigating from one screen to another — those are moments that are less interruptive, and they will be more receptive to your ad.

Better yet, make the playable ad part of a rewarded experience, where the user opts in to receive some sort of value (e.g., in-app currency, unlocked content) in exchange for engaging in an ad experience. Rewarded video tops the charts already for the types of ads that users find acceptable, so why not combine the two in a win-win hybrid: a rewarded playable? That would facilitate both engagement and retention.

The mobile gaming marketplace is competitive, there’s no doubt about that. So, given the opportunity to hook users with a taste of the actual app experience is a priceless opportunity Unlike a traditional demo, wherein users are consciously choosing to download it, playable ads can captivate brand new audiences.

Having said that, there’s something scary about throwing a mini-version of your game out into the wild for users to try (and judge!) all on their own. If your game is too complicated to fit into a 30-second version, don’t try to force its replication. Instead, use those critical seconds to give the feeling of the game, or explain its theme, in a simple and interactive manner.

You can think of this as another hybrid — like those UA video ads that are so effective because they show users what they can expect from a game (sight, sound, and feel) and encourage them to download. Adding in that layer of playable interactivity takes that experience up a level, reaching users in a deeper, more qualitative way.

This wave of mobile interactivity is going to expand far beyond gaming, as advertiser demand across all verticals increases as they begin to see the results: more conversions, higher quality users, reduced uninstall rates. That’s what happens when you provide users with entertaining experiences that they get value from, and that will be reflected in the value of the ad as well, which inevitably means higher eCPMs for publishers.