Google opened Google Maps to developers way back in June 2005. The Maps APIs business has largely stayed the same since, despite the mapping problems solved using the APIs having become more and more complex.

Google Maps Platform is supposed to address this for developers by scaling as their business grows (or their usage spikes). And of course, what Google charges will scale with you.

The core Google Maps APIs help developers create location-based apps and experiences. This release is meant to make the APIs simpler, easier to use, and scalable as your project grows. The changes are designed to work with your existing code — no changes are required on the developer’s end.

Google has streamlined 18 individual Google Maps APIs into three core products, based on what it believes are the most common developer use cases: Maps, Routes, and Places. Here is the breakdown of the three:

Google hopes this grouping will make it easier to find, explore, and add new maps features to apps and sites.

The previous Google Maps business standard and premium plans have been consolidated into one pay-as-you-go plan. Developers pay only for what they use, with Google promising no annual payments, up-front commitments, termination fees, or usage limits. There is a “free tier” in the form of a $200 monthly credit for all developers, which Google expects will cover the usage of 98 percent of its current customers.

Below you can see the pricing breakdown for the three products. All prices are based on your monthly usage, determined at the end of each month. 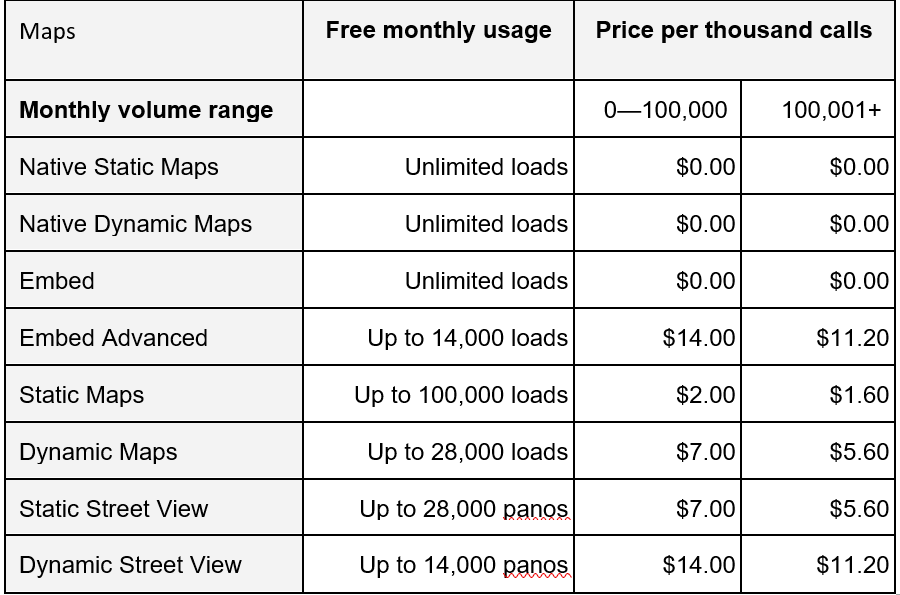 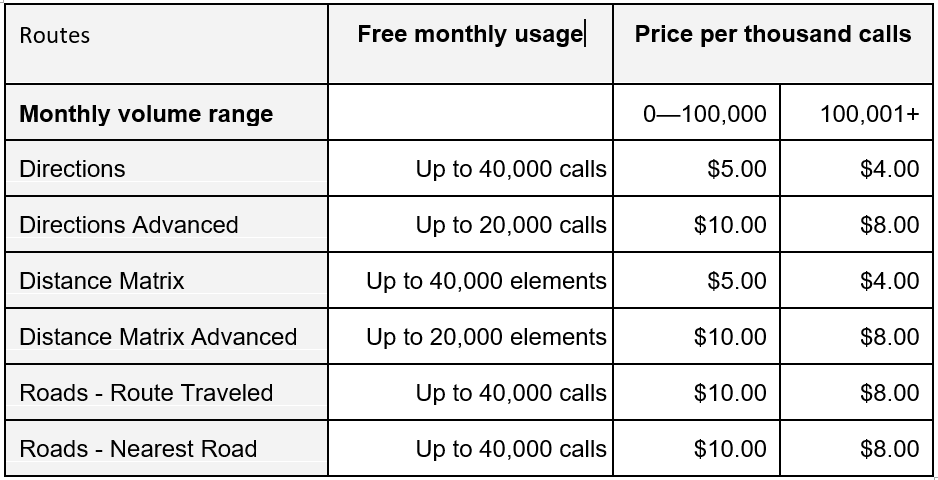 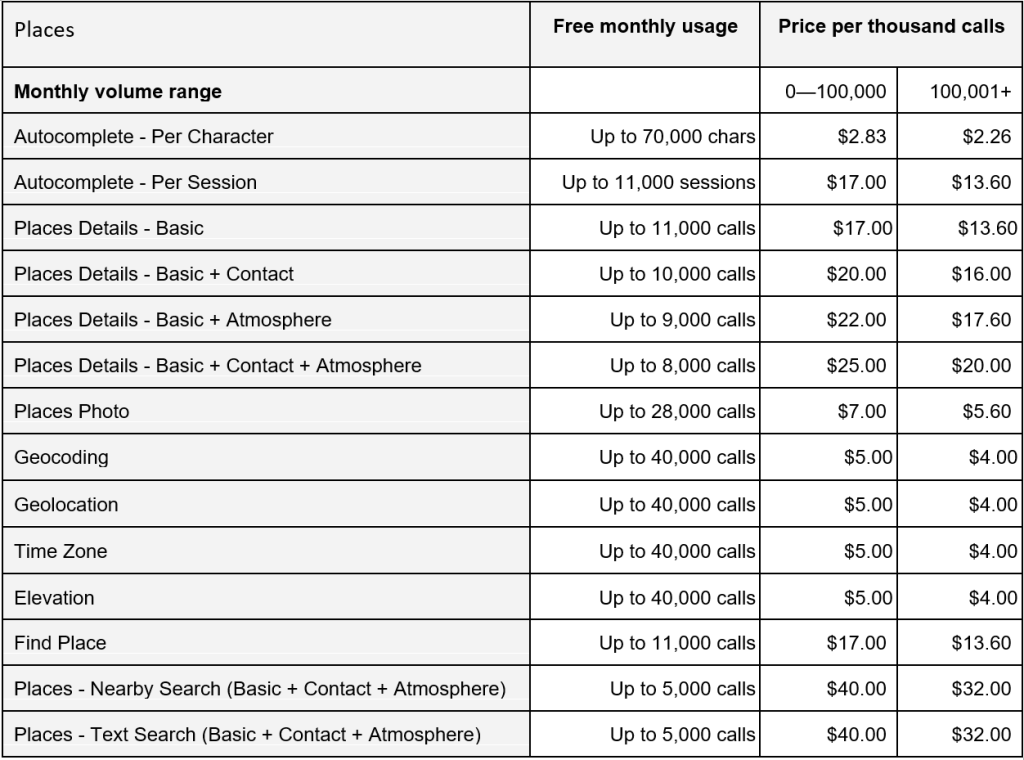 The Google Maps Platform has also been integrated with the Google Cloud Platform Console, billing, and website. The goal is to make it easier for developers to track usage, manage projects, and of course “discover” other Cloud products.

All developers will now have access to online support 24 hours a day during the week, with Google committing to 1-hour response times for critical issues. Support will not be offered on weekends.

Google already announced the first new such offering in March — a gaming product which lets developers build massive real-world games with Google Maps data. Two more products are being announced today, one for ridesharing and one for asset tracking.

The former allows ridesharing companies to embed Google Maps navigation into their apps — Lyft started using this experience for its driver app in October. The latter is an asset tracking product to help companies locate vehicles and assets in real time, visualize where assets have traveled, and route vehicles with complex trips. Google promises more such solutions are in the pipeline and that the company will naturally be focusing on areas “where we’re positioned to offer insights and expertise.”

Google notes its programs that help nonprofits, startups, crisis response, and news media organizations will not be affected by the Google Maps Platform changes. “We’ve put new processes in place to help us scale these programs to hundreds of thousands of organizations and more countries around the world,” the company explained.

If your business depends on Google Maps APIs, you’ll want to check out Google’s Guide for Existing Users. If you’re just getting started, make sure you can fit into that $200 free monthly credit before launching anything.