KSV Esports has rebranded itself as Gen.G, a global esports company that has teams for multiple games. And Gen.G is adding anew Clash Royale mobile esports team today.

Gen.G is based in Los Angeles and Seoul, South Korea, and it is building an esports company that transcends borders. Global esports revenues will grow 38 percent to $906 million in 2018 and further grow to $1.65 billion by 2021, according to a new annual report on esports by market researcher Newzoo.

Kent Wakeford, cofounder of Gen.G., said in an interview with GamesBeat that the name and new logo reflect afocus on establishing a gold standard of excellence in global esports for a new generation.

With the change, the company is unveiling fresh logos, branded jerseys and more for current and future Gen.G teams competing in the world’s most popular esports, including Overwatch (with the Seoul Dynasty team), League of Legends, and PlayerUnknown’s Battlegrounds (PUBG).

“Gen.G fully represents our vision to set the gold standard for the global esports industry,” said Kevin Chou, CEO of Gen.G, in a statement. “We are bridging the gap between east and west, ushering in a new generation of esports entertainment for teams and spectators around the world through unrivaled fan engagement, premier athlete development, and strategic business partnerships.”

As part of the rebrand announcement, Gen.G is also announcing first details for a new esports team in Shanghai playing in Supercell’s China Clash Royale League. 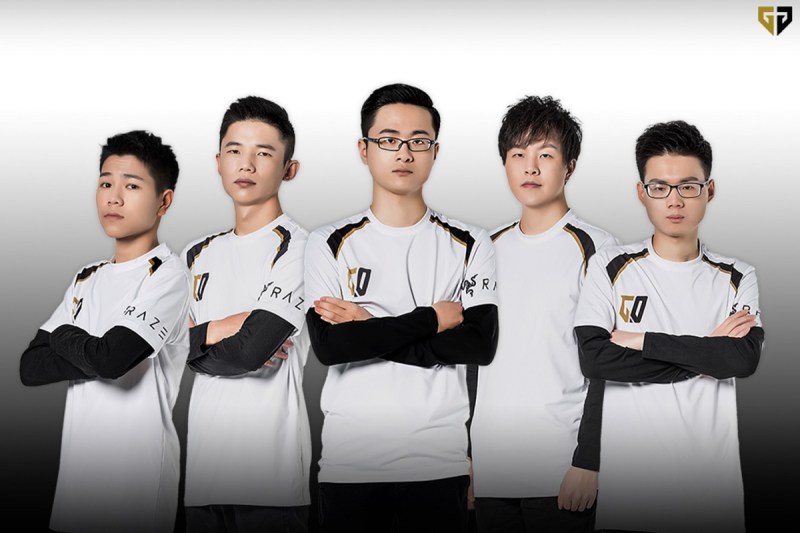 Image Credit: Gen.G
Chou and Wakeford spent years building Kabam into a mobile gaming giant and selling it (in parts) for more than $800 million to Netmarble and Fox. They could have retired. But last year they set up KSV and spent an estimated $20 million for the right to a franchise of Blizzard Entertainment’s Overwatch League in the esports-crazy region of Seoul, South Korea.

“Gen.G’s experience working in China and with mobile games give us invaluable insight to the mobile esports market as we welcome team G.O to our organization in Supercell’s Clash Royale League,” said Wakeford. “Our highly-experienced executive team has a proven track record of success, providing unparalleled insights into best practices for our franchises that allow us to provide world class amenities and support for fans, athletes and brands.”

The Chinese Clash Royale team establishes Gen.G as one of the first organizations to operate in three of the largest esports markets (South Korea, United States, and China). Tapping into China’s 183 million active mobile gamers affords Gen.G the opportunity to leverage past experience and success to connect esports fans and brands across borders.