Danganronpa was a surprise hit when Spike Chunsoft released it on the PlayStation Vita in 2014. The series is blend of adventure games and visual novels, and it’s since helped the Japanese publisher carve out a growing business in the U.S., even leading it to open up a subsidiary earlier this year in Southern California.

Spike and Chunsoft merged in 2012, and since then, it’s been building upon the previous brands’ presence in the West. In addition to its success with the Danganronpa (and that iconic evil bear), it’s inherited the cult following of the Fire Pro Wrestling series and another visual novel series, Steins;Gate, and the existing fansbase of the Pokémon Mystery Dungeon roguelike franchise. And it’s working on a new series, a blend of survival and role-playing that’s unique to anything I’ve seen — Zanki Zero: Last Beginning, which doesn’t have a release date yet in the West.

I interviewed Spike Chunsoft president and CEO Mitsutoshi Sakurai back in March during the Game Developers Conference. We discussed the growth of the Japanese game publisher in the West, how players in the States and Europe view Japanese games, and … surfing. Injecting with English here and there, he spoke with the aid of a translator. Here is an edited transcript of our interview. 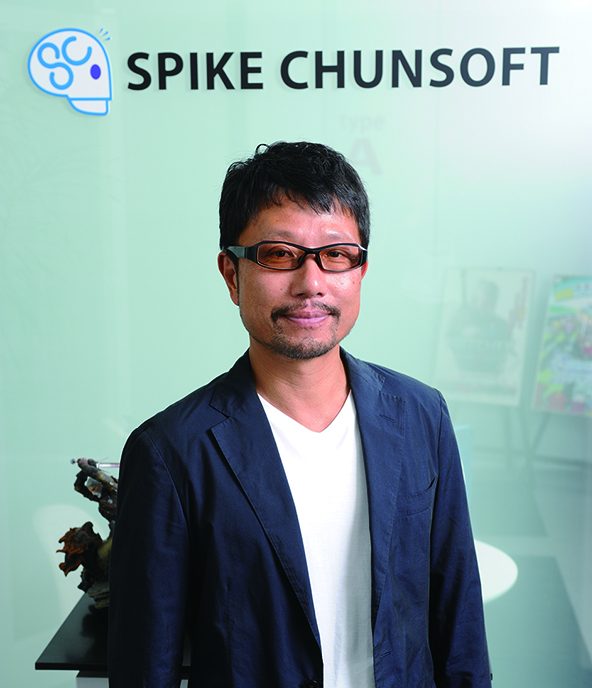 GamesBeat: At this point in Spike Chunsoft’s life, what is your target here in the United States? What kind of games are you going after?

Mitsutoshi Sakurai: We’re targeting the fanbase that’s after Danganronpa and a lot of niche titles like that. That’s our target audience.

GamesBeat: In the past, Japanese publishers and studios have looked at the U.S. and said, how can we make these games fit their market? But what I’m seeing is that U.S. players want Japanese games to be Japanese. Are you seeing something similar in your audience here?

Sakurai: Yes, I agree. Originally, there was a very big popular market for Japanese content in the West, and then we veered toward a time where it wasn’t as accepted. And then the age changed and it went back to being accepted in recent years. That’s where we’re coming in to sell our products, and that’s why we chose to establish an American subsidiary.

GamesBeat: How long has this U.S. subsidiary been around, and where is it?

Sakurai: We were incorporated in California on October 16, and we opened the office on January 3. We’re based in Long Beach.

GamesBeat: Why Long Beach, as opposed to somewhere more central in L.A., or up here in the San Francisco region?

Sakurai: Because of the nature of the company, we need talent who are bilingual, who can speak fluent English and Japanese. In order to have access to that talent, we chose Long Beach, because it’s in the center of L.A. and Orange County. There are a lot of Japanese-speaking people around the area. Also, L.A. has terrible traffic.

GamesBeat: Have you felt that there’s something about that location that fits the kind of things you want to do as a studio, the lifestyle and the type of people you’re trying to recruit?

Sakurai: I do think that it’s a good match for the company and what we are. But it’s not as if we have games that feature surfing or anything like that. It’s just more about finding people, and our people having fun in that area.

GamesBeat What is it about this moment in time that makes opening a subsidiary here a good idea?

Sakurai: Three or four years ago, we developed Danganronpa, and we didn’t think it was going to do well in the west. Nobody believed in it except for a company called Nippon Ichi Software in America. They raised their hand to sell our titles in the West, and it’s become a big success. Danganronpa is a series with a lot of text. A lot of costs go into the localization and production. But it still ended up being a very successful title. Since last year, we’ve started releasing Danganronpa [and Danganronpa 2] on Steam, which have also been very successful in sales. Each title has sold about 200,000 downloads so far. Through those opportunities, we saw that this is a good time to go into the western market. That success has pushed us into making the decision to come here now.

GamesBeat: Is Spike Chunsoft also going into Europe, or looking at places like Latin America right now? Or is the focus more on North America?

Sakurai: This year we’re focusing on establishing in the North American region, but in the near future we’ll be expanding into Europe and other countries. GamesBeat: I understand that Danganronpa has a following worldwide. It’s not just Japan and the United States.

GamesBeat: Is that your most important franchise right now, or is there something that’s even more important?

Sakurai: Of course Danganronpa will always be an important title for us, but we’re also developing our next big title that’s going to be as important as Danganronpa is. It’s called Zanki Zero, which you can see here. It’s very similar to Danganronpa in concept. We like to call it a survival-RPG. It’s going to be in the RPG format, not a visual novel. We have the same producer, Mr. Terasawa, leading that project for us.

GamesBeat: That sounds like something no one in Japan has ever made before.

GamesBeat: Japanese animation seems to be having a new moment in the United States as well. Netflix is partnering with a number of Japanese producers. Are you seeing more interest in games with that art style across the world now, as compared to a few years ago?

Sakurai: I do agree it’s become more popular in recent years. We’re also seeing a trend, where an original title starts with a game, and then transitions into becoming an animated series, whereas in the past we saw the opposite. That’s basically Danganronpa 2. They came out with a game first, and then released the anime. 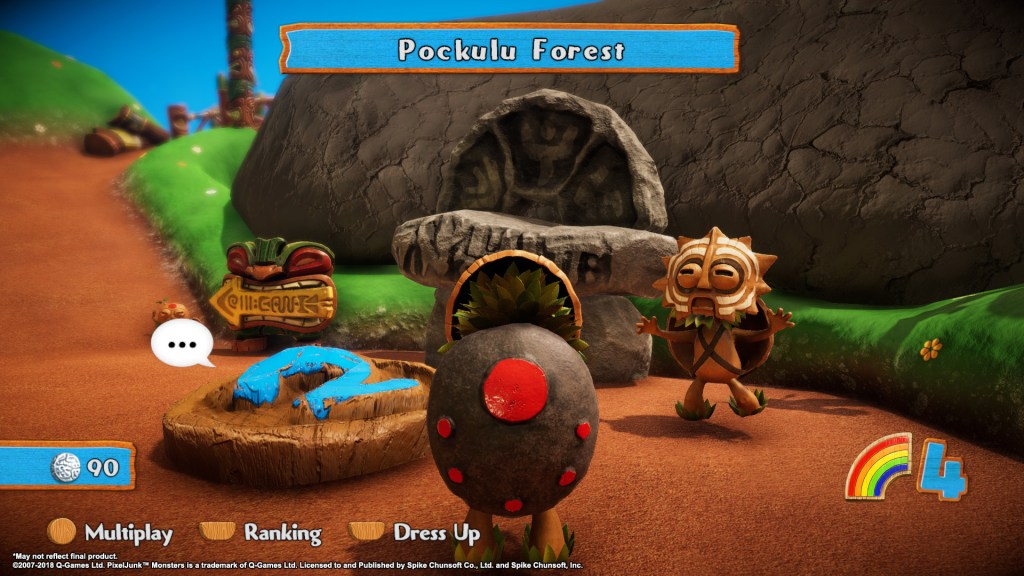 GamesBeat: You’re partnering with Pixeljunk as well now, right? Why pick up a Western studio such as this one?

Sakurai: Yes, we are. That’s a brand new partnership. I’m a big fan of Pixeljunk Monsters. Pixeljunk’s office is in Kyoto, and I’ve been a very good friend of theirs for a long time. The conversation came up that they were going to release another game, and I said, well, let’s work together. We’re really excited for this release, because it’s our first time releasing something worldwide on all different platforms.

GamesBeat: Are you looking to partner with more studios outside Japan?

Sakurai: Yes, we’re thinking about it.

GamesBeat: Is that a first for Spike Chunsoft?

Sakurai: What’s new for us is that Spike Chunsoft has long years of experience bringing Western games and localizing them for the Japanese audience. What’s new this time is us localizing for global release outside Japan.

GamesBeat: Where do you have more players now? Is your base in Japan, or outside Japan?

Sakurai: I think it’s about the same amount of people now, outside and inside.

GamesBeat: How important is the PC platform for you going forward?

GamesBeat: In the last two or three years Japan has discovered that the world loves the PC. How is that changing the way you make games? Or is the pattern still to make games for consoles and then bring them to the PC?

Sakurai: The game content and the way we develop that content doesn’t change based on platform. Before, everyone had a vision of creating multiplatform titles, which included PlayStation and Nintendo and Xbox. But now, on top of that, multiplatform also includes Steam as well.

GamesBeat: The Switch seems ideal for your games. Are you thinking about bringing some older games that came out before to the Switch, and continuing to support it?

Sakurai: Yes, of course, we’re thinking about that.

GamesBeat: A common refrain in the US these days is that people will play a great game when it comes out, and then they say, well, I wish it was on the Switch. How do you view the Switch as a platform? Is that mix of home console and portable good for what you do? Do you think it’s a fad now, but it might die in the next couple of years?

Sakurai: I see a lot of opportunity on the Switch platform. Because portable gaming platforms are in short supply now, I wish that the Switch could maybe downside a little bit physically, so it’s more of a handheld rather than a mix of handheld and docked platform.

GamesBeat: How does it make your designers feel, people who make games, to see people re-embracing Japanese games on consoles, rather than mobile?

Sakurai: We’re very grateful for those people. We’re motivated to keep creating good games for them.