The male leaders of Silicon Valley have done their share of squirming in 2018, with the #MeToo and #TimesUp movements coming on strong in technology, as they have in the media and entertainment industries.

Bloomberg TV anchor Emily Chang wrote about the ugliness of sexual harassment in tech in a book called Brotopia: Breaking Up the Boys’ Club of Silicon Valley. As Chang and others have pointed out, women are vastly outnumbered in tech circles, and they have to figure out how to navigate workplace discrimination despite stats showing that diversity — and women, in particular — can make businesses more successful and profitable.

I thought it was a remarkable discussion on an important topic in tech. Here’s an edited transcript of the panel, and a link to the video. 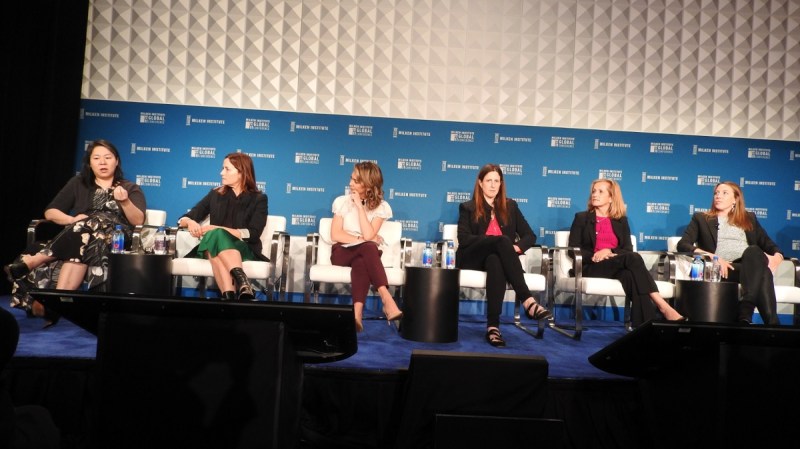 Emily Chang: We’re going to talk about going beyond Brotopia and how we do that, but first I think it’s important to talk about what Brotopia is, and how we define it. Erin, I thought we’d start with you. I’ve written 300 pages about it, but I know not everyone has the same definition. What do you think Brotopia is and what are the problems it causes?

Erin McPherson: Brotopia — and I love that term, thank you for coining it — is the strange and magical land where men flock together, generally men who are similar in background, approach, and personality type. It’s grown up in Silicon Valley, a place where the people in power don’t see it. It’s disguised. To me, a big part of Brotopia that’s dangerous is it’s disguised. It’s subtle. It’s not as overt as the back of the bus.

This is an important topic because, when I’ve experienced it, the people who are in Brotopia are well-meaning, often. They think they’re rewarding the best performance. We’re color-blind. We’re gender-blind. But they’re not, because the lines of Brotopia run really deep. It’s important that we name it, claim it, and figure out how to move beyond it.

Chang: Kara, you see companies big and small at the earliest stages. I’m curious what you think the problem really is. When you see companies starting off really excited to change the world, how do they maybe get off track?

Kara Nortman: It’s this word, this term, cognitive bias, that’s taken on a new life. Cognitive bias is a natural thing. It’s almost Darwinian. We spend time with people like us so they won’t eat us. It’s just natural, when you start something, or before you know you even have something, because most startups fail, you’re going to tend toward people who you have chemistry with, who you’re like. They’re more likely to look like you and act like you.

You have to make a real, overt effort to break that. All the data in Emily’s book — it lays out amazing examples of not only how to do this, but why to do this. If you look at the example of Slack, they talk about how from the very beginning, they built a diverse recruiting team. Age, ethnicity, gender. If, from the very beginning, you make this a priority — by the way, I have this conversation with my all-female companies as well — it’s much easier to build from there.

It’s not that people have bad intentions when they’re doing this with their fraternity brothers. It’s just the easier path. The hard path is to be thoughtful about how to build in different thinkers from the beginning.

Chang: Bo, you joined Uber a month ago with a very cool job, chief diversity and inclusion officer. Obviously Uber’s problems over the last year have been well-documented. Why did you take the job?

Bo Young Lee: Me personally, the reason why I took the job is I want to make things better. That’s what I’ve been doing for the last 18 years in the diversity and inclusion space. I’ve been in my last role for about five years, and I really turned around an organization that was 140 years old. We moved them from being a company that could have walked out of the 1970s to an actual modern company. This was Marsh.

People said, “Now that you’ve turned the company around, you can just sail the ship forward.” I could, but I could also take on one of the biggest challenges out there. The opportunity for me was too big. When Uber first called me I actually had a five-month-old baby at the time, and now she’s 10 months old. Everyone asked me if I was insane, and maybe so. But really, it’s been a pleasant surprise, in the last month, to be there and realize — I want to go out there and say, the public perception of what Uber is versus the reality, it’s 180 degrees difference. 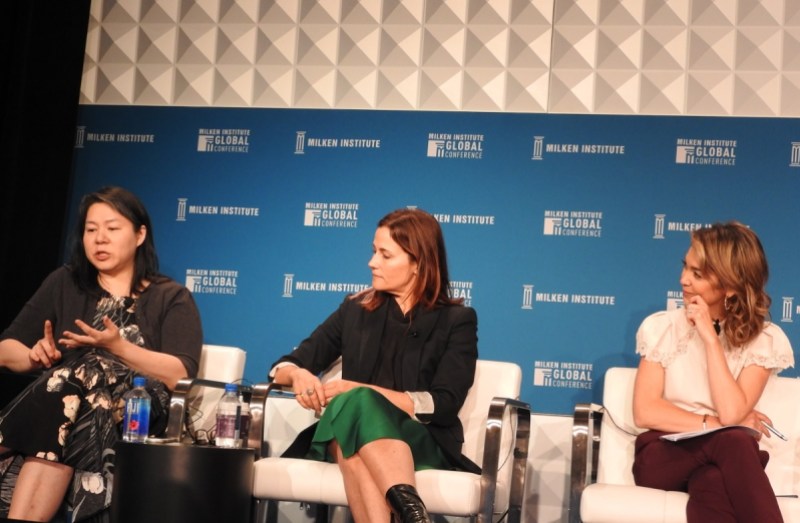 Above: Bo Young Lee of Uber (left), Erin McPherson of Verizon, and Emily Chang of Bloomberg at Milken Global Conference.

Chang: What is the reality?

Lee: The reality is that 99.9 percent of the people there are dedicated to what they do. They’re proud of the products they’re creating. They’re kind. They’re inclusive. They’re team-builders. They’re collaborative. What happened, in my read, is there were these few individuals who cultivated a culture, and that’s what manifested in the truly bad behavior we saw splashed around the world.

The thing is, a lot of those people who really wanted to do good work and build relationships within the organization, they didn’t feel empowered to raise their hands and say, “I don’t agree with this. That’s not how I behave. That’s not how I act.” The other voices were so strong. We really made this shift in the organization to remove some of the hierarchy and allow more of those voices that wanted to make the shift to elevate.

The great thing that I see is, when you talk about Brotopia — a lot of the stuff you wrote about in your book, like micro and macro aggressions, the higher standards that women face, those are all the behavioral manifestations of Brotopia. If you go a level deeper, you have to understand the culturally normative behaviors that are there. Things like hierarchy, emotional expression, internal and external control, all the stuff you see from social psychology and a cultural perspective. If you start to anatomy Brotopia in that way, and then you look at Uber, you think, “Wow, it’s not really as masculine dominant as people think it is.” But that’s the narrative that’s out there.

Chang: It’s an interesting opportunity that you’re here as well as Melissa from Lyft. This isn’t about Uber versus Lyft, but Melissa, I’ve talked to John Zimmer, the president of Lyft, and his argument would be that diversity and inclusion has been part of their DNA from the very beginning. I’m curious what your response is to that. Has that been an advantage in the competition over the last several years?

Melissa Waters: Personally, I’m just going to say, Bo, I’m rooting for you. The collective good we’re doing across this entire sector is good for all of us. To your point, Emily, that’s totally accurate. We very much believe that point of origin is powerful, and it’s had a powerful impact on our business. That should be true for all businesses.

The origin story, for anyone who looks after or thinks about their company’s origin story, is something that you end up living with no matter how old your company is. I’m sure Marsh spends a ton of time figuring out how to move from their point of origin into a different place. We’re only a six-year-old company, but when you go back to the roots of the organization, founded by two guys, very young at the time — they were young entrepreneurs who really needed a lot of help. They needed to be able to guide something that was an early startup into Lyft.

One of their first and lead investors was Ann Miura-Ko from Floodgate, who’s on our board. Ann was a huge part of the culture-building at Lyft. She was a strong seat at the table in helping shift the origin points of the company. She also introduced us to our general counsel, who’s still with us today. She’s on our leadership team. That’s grown up into a place where women have had a seat at the table since the beginning.

We’ve not just rested on our laurels. We’ve had to say that that point of origin is only going to get us so far. Now we have to continue to double down on it. But that moment of looking at how to start a company, for anyone who’s in the midst of starting a company, or looking at people who are starting companies and evaluating their work — the point of origin is very difficult to move beyond. It takes a seismic effort to change that once it’s started.

I applaud Bo and all the work her team is doing in making those shifts at Uber. At Lyft we very much believe that those points of origin have helped us build a strong foothold in the market.