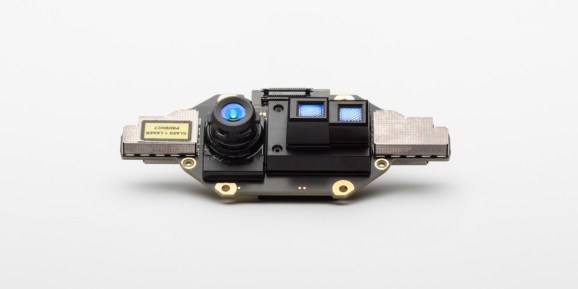 Arguably the most interesting of all the Azure announcements at Microsoft’s Build 2018 conference today is Project Kinect for Azure. In short, the company has unveiled a package of sensors, including its next-generation depth camera, for AI developers to experiment with.

The first Kinect motion sensing input device was released in November 2010. Kinect’s lineup has included devices for Xbox 360, Xbox One, and Windows, but the technology has also been used in Microsoft’s HoloLens.

Project Kinect for Azure is another attempt by Microsoft to put this technology into developers’ hands. In this case, the company is hoping for scenarios involving ambient intelligence (environments that are sensitive and responsive to the presence of people).

Microsoft says Project Kinect for Azure includes its Time of Flight sensor, and a slew of other sensors, in a small, power-efficient form factor. The first part of the name refers to fully articulated hand tracking and high fidelity spatial mapping, while the second part references Azure AI services such as Machine Learning, Cognitive Services, and IoT Edge.

Here are some of the technical characteristics of the new depth sensor, per Microsoft mixed reality guru Alex Kipman:

Microsoft considers Project Kinect for Azure the fourth generation of Kinect. This one is for developers, so we’ll just have to wait and see what they build.