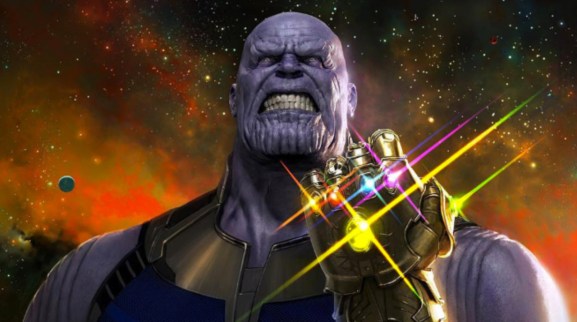 My face when I finish second in Fortnite: Battle Royale.

Avengers: Infinity War is the biggest movie in the world right now, and it is teaming up with Fortnite, which is one of the biggest games around, to bring the maniacal villain Thanos into the battle royale shooter. But we’re lucky we got the movie at all — let alone this collaboration — because Infinity War directors Joe and Anthony Russo are huge Fortnite fans and would play it during post-production of the crossover Marvel movie.

Thanos is joining Fortnite for the Infinity Gauntlet Limited Time Mashup mode. Like in the standard battle royale game, 100 players will jump onto the map and fight until only one is left standing. But this mode has something of a super weapon in the form of the powerful Infinity Gauntlet. If you find that golden armored glove, you will transform into Thanos and gain his powers.

The idea for the Infinity Gauntlet mode came about because the Russos couldn’t stop playing the game. The brothers, who also directed Captain America: The Winter Soldier and Captain America: Civil War, started coming up with ideas for Fortnite that involved characters from their movies.

“Over the past few months, while we were editing Infinity War, we’d take breaks to hop on and get in a few games,” Joe Russo told Entertainment Weekly. “And then we started thinking, how cool would it be to have some kind of Avengers–Fortnite mashup? So we stalked Donald.”

That Donald is Donald Mustard, a longtime Epic producer who is the creative director on Fortnite.

“Out of the blue, I get this call from Joe,” Mustard told EW. “And after a bit of geeking out over each other’s work, we start brainstorming these crazy ideas. It was really important that whatever we did, it had to be super authentic to both Fortnite and the Avengers: Infinity War, and something that fans of both would be excited about. About an hour later, we had the bones of this awesome idea for a limited time gameplay mode, and almost immediately our team got started.”

Epic hasn’t said how long the event will last, but this massive teamup is going to raise the profile of two entertainment properties that are already everywhere in pop culture.

Meanwhile, we have no word on whether PlayerUnknown’s Battlegrounds will get a Steppenwolf mode.