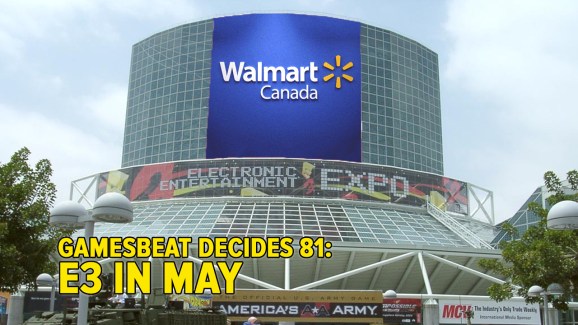 The great E3 expansion is upon us.

Thanks to Walmart Canada and publishers wanting to avoid getting buried, the Electronic Entertainment Expo trade show has already begun for the GamesBeat Decides podcast. The event may not open until June 12, but that doesn’t matter since we’re already getting leaks and announcements.

For this episode of the podcast that does all of your thinking for you, host and PC gaming editor Jeffrey Grubb and VentureBeat editor Jeremy Horwitz get together to talk about the great E3 expansion, Tempest 4000, and more. Jeff also gives his expert tips to get the Infinity Gauntlet in Fortnite: Battle Royale’s Marvel crossover event.

In the news section, Jeff and Jeremy break down Nintendo’s online system, EA’s promise to “push forward” with loot boxes, and Sony’s plans to shift its E3 strategy.