2016 was a rocky year for the VR/AR industry worldwide as consumer adoption failed to live up to what turned out to be inflated forecasts. China, in particular, seemed to go through a rude awakening with 90 percent of its hardware startups going bust. Yet while we in the West have in general adjusted to a more stable and sober baseline by which to navigate our expectations along the long “hype cycle” winter, we find that the Asian juggernaut has doubled-down.

In March, for instance, HTC and the Shenzhen Government announced their teaming up to form a new $158 million VR/AR fund, called the Premier Fund. The newly forged fund will work closely with the two pre-seed funds, the VRVCA and HTC’s Vive X, to source ventures of all varieties. Last month, as well, doors opened to China’s first VR theme park (or town), coined the “Oriental Science Fiction Valley”. The fruit of roughly $500 million in investment, the park spans 330 acres (134 hectares) in Guiyang, the capital of Guizhou province, offering 35 different VR attractions.

Unfortunately, much of the action in China won’t make its way into English and, so, communicated to us out here in western corners. What does reach us, however, tends to leave a strong impression by its sheer scale and scope.

“I was blown away by the amazing infrastructure and the degree of enthusiasm that was kind of similar to what we [in the West] had back in Spring 2016, but this was of a much more mature variety. You could tell by the use cases that they already had proven business models.” recounts Armando Matijevic, cofounder and a CEO of an American-Croatian VR startup, SpaceSys, after he presented at the Global Virtual Reality Developer Conference & Competition in Shenzhen last November. 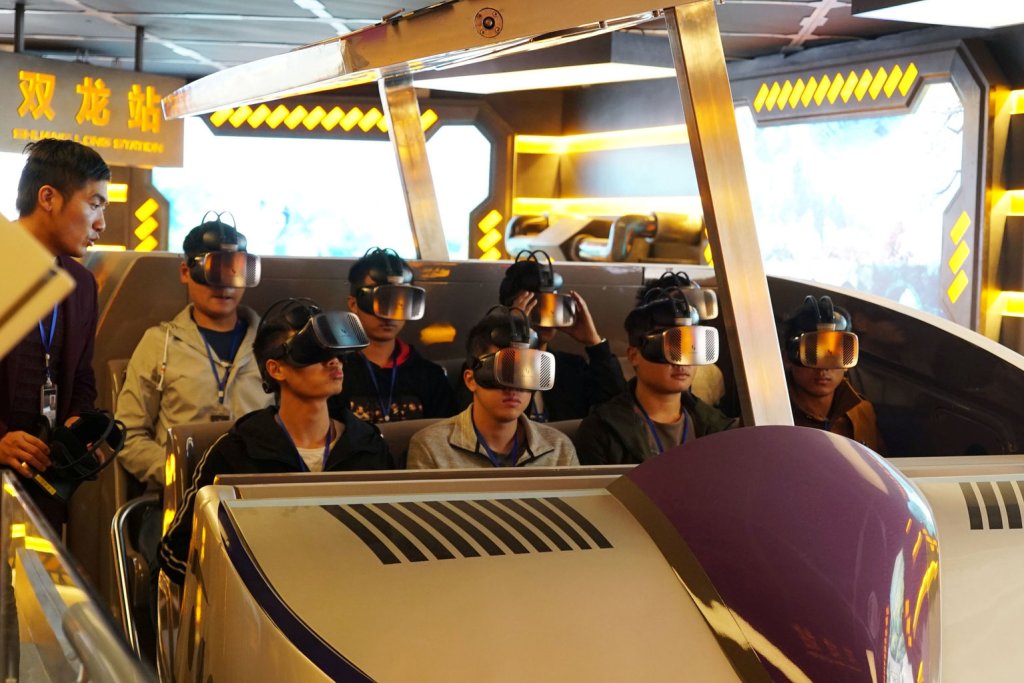 Above: Oriental Science Fiction Valley, the VR theme park in Guiyang, the capital of Guizhou province.

That the landscape is thriving is in strong part thanks to the steadfast support by the government and the immersive tech’s prominence in its 2016-2020 Five Year Plan for the economy. As Junlei Wen, a Chinese VR investor and Senior Government Advisor, told me, national competitions are regularly held along with streams of subsidies, incentive schemes, and support policies that are offered by a bevy of government stakeholders including the State Council, Ministry of Industry and Information, the Ministry of Science and Technology, and the Ministry of Education.

Ryan Wang, a founding partner at Outpost Capital, a Silicon Valley based venture capital fund that focuses on VR/AR and frontier technology (and has a strong presence in China) says that the hype for mixed reality in China is in fact gone and that the emerging tech is no longer a “hot topic”. It has graduated to what is generally accepted to be a mainstream industry, which is why, he says, it’s the best time to be an entrepreneur and investor in the space. “As the market gets rational, actual adoption starts to happen,” says Wang.

The steady rise and rapid growth of large-scale strides in the immersive sector isn’t a one-sided love affair that the government and private sector are introducing into a vacuum, either. It runs parallel to a mindset on the part of the Chinese consumer that is counterintuitive to the one inherent in much of western society. While large segments of the population in North America and Europe, for example, continue to doubt the mainstream readiness of mixed reality technologies, the average Chinese citizen has apparently already accepted it as the new norm. 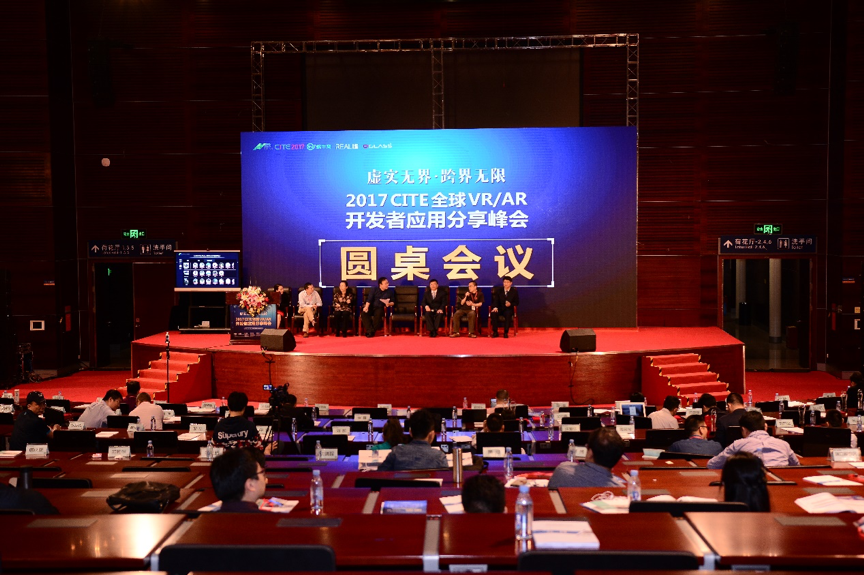 Above: The Shenzhen Virtual Reality Federation hosted the VR Summit of China Science and Technology with the Ministry of Industry and Information Technology (CITE)

They, along with Asian consumers in general, just don’t appear to be traveling along the same growth curve as we are in the West. Even the social stigma of wearing a headset in public doesn’t exist. The strong Chinese preference for all things mobile goes hand-in-hand with their playful bravado to don and show off their gear with their friends rather than feel embarrassed, awkward, as if it were a taboo. They opt in favor of buying cheaper mobile headsets and rent out the higher-end gear (PC and console-based headsets) at one of the thousands of VR arcades or “pods” that are made exceedingly accessible throughout all major cities.

Two halves of one market

All of these examples and descriptions are not to drift us further into thinking that the gulf between the two markets is irreconcilable. Actually, I think that feat would be impossible given how isolated they already are. The intention, instead, is to point to how the two cultures and economies are natural complements to one another and, moreover, to encourage both industries to start looking at each other’s markets in that way. For western startups and companies, in particular, it is important to see China as one of the key go-to-consumer-markets. 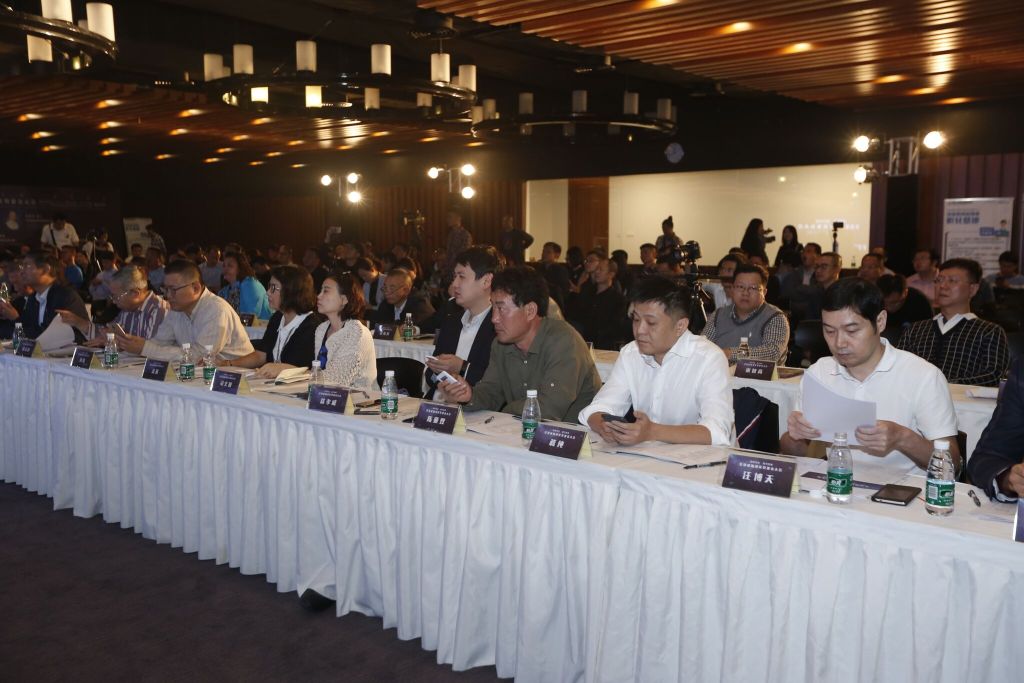 Kevin Chen, President at Shenzhen State VR Ventures, says that China is currently lagging in terms of high-quality content, which is one of the West’s major strengths. The West, on the other hand, is suffering from slow consumer uptake, literally and (maybe more important) psychologically. That the two markets haven’t naturally gravitated towards one another on that account alone is curious if you were to look at the landscape impartially, as I have tried to do, but it’s also painfully obvious why the situation is as it is.

It’s due to the longstanding cultural barriers that we have become used to thinking as insurmountable and, even more telling, the deep-seated belief that the only way to relate to one another is purely from a competitive standpoint.

Too much yang; too little yin

Indeed, whenever I come across an article that reports on the state of China’s VR/AR industry, it more often than not rides on the tired narrative of “winning vs losing”. Tim Merel’s piece last week on TechCrunch, for instance, shapes his forecasts to paint a picture in which “America might win the battle for VR” but “China could win the war with AR”, as if fostering the evolution of this emerging tech throughout global markets requires the metaphors of battle and war.

“It means less to talk about the “war” when both side are big players and the size of the pie is small,” says Wang. “At this stage it would be way more interesting to solve the problem of how to get the pie bigger, than how to win.”

That narrative is of course a very old one that we are well accustomed to, but in the context of developing the mixed reality industry in western markets, it is an unbalanced and unbecoming approach that narrows the frame so that we are shut out from perceiving the playing field as borderless. In the case of China, it serves to especially blindsight us western startups from the huge opportunity that the eastern giant’s mixed reality market is beckoning us to explore.