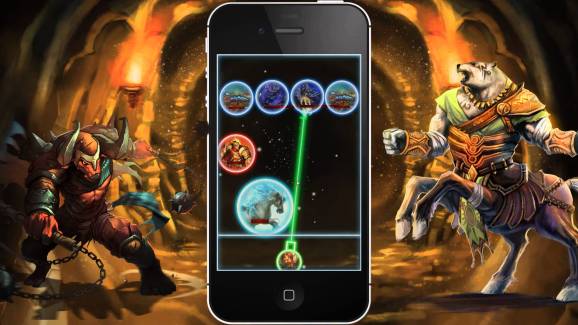 From massive role-playing games like World of Warcraft to first-person shooters like Call of Duty, gamers invest thousands of hours playing, progressing, and collecting rare in-game items. They may even spend some of their cash to purchase gems, swords, or skins. But up until now, there’s been no way for players to easily exchange these items with other players, or even sell them based on the time and money they’ve invested in earning them.

Transactions and exchanges of unique, in-game items and experiences represent a huge, exciting opportunity for developers and gamers alike. Gamers have been looking for better ways to buy and sell the most sought after products or upgrades, which are normally significantly more valuable than standardized, common items that any player can buy.

So, while in-game purchases are fun and useful for most gamers, they tend to lack a sense of specialness or exclusivity because anyone can get duplicates of them with work, effort, or even just luck. But that’s all about to change with the merging of blockchain technology and crypto collectibles with in-game commerce.

Through the creation of unique assets in limited supply, blockchain is already beginning to challenge the current model of in-game commerce and promises to create a more level playing field for communities across the board.

Gamers have been buying, selling, and trading in-game items and purchases for years now. But the results have been mixed. Oftentimes, players must resort to purchasing from potentially dubious parties on Reddit or other forums, assuming the risk of fake or fraudulent items. Just look at the market for rare Counter-Strike skins. There’s no centralized marketplace for these high-value items, which often sell for tens of thousands of dollars. Buyers must contract out agents to scour the internet, and validate that the item is legitimate.

This is precisely where the blockchain is stepping in, making it possible for game developers to create exclusive in-game assets that can’t be copied. That’s because each item or tool is tied to a unique identification block on a blockchain’s public ledger, which is transparent to all and unable to be duplicated. When players purchase blockchain based assets in-game, they’re now assured that the item will hold some form of future value, as potential buyers will be able to easily validate its authenticity on the blockchain. As gaming companies adopt blockchain and begin conceiving of a wider array of unique assets, they’ll be able to drive more in-game sales as well as open the door for more exchanges between players themselves.

As the blockchain based Decentralized App (DApp) ecosystem grows, so will people’s ability to think up all sorts of new ways that item scarcity can be created. Just recently, Geneva-based game developer EverDreamSoft made the move to “blockchainize” in-game collectible cards of its Spells of Genesis CCG game. EverDreamSoft realized that players invested so many hours collecting cards, loot, crates, and other items, and that blockchain is providing a way for gamers to see a tangible return on their investment.

In the Spells of Genesis model, players are allowed to place three unique collectibles per month on the blockchain. This allows gamers to choose which items they’d like to become more scarce but prevents speculators from taking over the game. Another startup, Gameflip, has created a blockchain based marketplace for purchase and exchange or rare in-game assets. On Gameflip, players can liquidate their most scarce items for other assets or forms of cryptocurrency. Depending on the genre of the game, this may be preferable to the deconstruction of items for in-game currency currently favored by many games.

Blockchain will also aid in the reduction of gameplay manipulation, creating a fairer and more authentic gaming experience for all users. In the current state of gaming commerce, unscrupulous players can often purchase falsified copies of in-game items on the black market, giving them an unfair advantage over the competition. But with blockchain, in-game assets can be monitored and if a player is utilizing items that aren’t linked to a valid blockchain identifier, the player can be reprimanded or even banned.

The reality is that of the entire $41 billion mobile gaming industry, more than half the revenue is generated by only 0.19 percent of users. That’s due in large part to the fact that the average gamer isn’t likely to spend cash on items that won’t hold or retain any value. The result is an uneven playing field, where those willing to shell out large amounts of cash can manipulate competitive outcomes. Blockchain-powered in-game commerce could potentially change all of that, as more gamers will be likely to buy assets that will help them compete at a higher level since they know those items will, at least, hold some value down the road.

Blockchain is similar to any platform that involves continued development, new items can be created/discovered throughout gameplay. The distinction with blockchain based games, however, is that development can be 100 percent transparent and an item that is issued can’t be replicated.
For example, in a game like World of Warcraft, you might receive a reward for a quest which can only be completed by a preset number of players in the game. Blockchain-based development would make it possible for all players to verify that a set number of players received that reward, and that the developers didn’t flood the in-game market, which would deflate the value of that particular item. While blockchain doesn’t guarantee that any particular item or in-game asset is worth a particular amount, it does give that item scarcity which often translates to long term value in the real world.

The underlying foundation of the blockchain is a public, fully-viewable ledger of secure and authentic transactions. This ledger can also be applied to tracking player performance over time, creating a more honest and open competitive environment. When going up against opponents, for instance, players might be able to view a complete history of the competition quickly and easily. They’ll then be able to determine if the opposition is at a suitable level of competition based on their track record, reducing poor player experiences due to skill mismatches.

Top players might even enjoy more prestige with the integration of blockchain enabled player performance histories. Any other player can view their progression path or match history, and know that they didn’t cheat or manipulate the system on their way to the top. And knowing that their entire gaming history will be tracked will serve to discourage gamers from engaging in forms of potential manipulation in the first place.

These are just a few of the ways that the blockchain, crypto collectibles, and in-game commerce are all merging to create a more beneficial environment for players. Blockchain and gaming will continue to develop alongside each other, and some exciting developments are already on the horizon. For example, in the future, players may be able to alter their unique blockchain assets to increase their market value or vote on potential changes to a game via smart contracts.

A crypto collectible, blockchain-powered in-game commerce environment will be a win-win for developers and gamers alike. Developers will be able to increase in-game purchases through the creation of unique, authentic, and scarce digital assets. Players will sleep well at night knowing that whatever they purchased, whoever they purchased it from, isn’t a fraud and will hold value over time.

Whether it’s a rare machine gun for Call of Duty or the most powerful scroll in the World of Warcraft universe, blockchain is making gaming items, assets, and tools more valuable than ever.

Ilya Nikolayev is a seasoned technology executive and the CEO and co-founder of Tapinator, a publicly listed mobile gaming company.