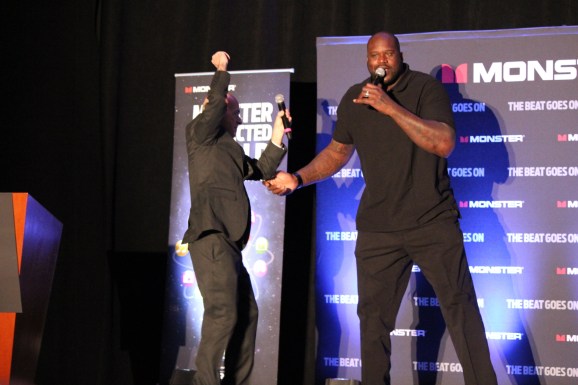 Shaq is one of many celebrities to invest in esports.

Over the last decade, esports have moved from being a niche gaming subculture to a phenomenon, with a global revenue that could break $1 billion by 2019. According to ESPN — whose president denied esports was a real sport back in 2014 — the first matches of this year’s Overwatch League had larger online audiences than Thursday Night Football streams, accounting to more than 10 million unique viewers on various platforms.

And naturally, as audiences expand esports is getting lots of attention from advertisers, and recognition from investors. A quick look over the team roster shows investors from a wide range of different backgrounds, such as software companies and to celebrities.

So who are the main backers, and what advantages do they each bring to the table?

Over the last year, a number of NBA basketball teams have invested millions of dollars into the LCS, after the league was franchised, after changed to regulation rules made the league more attractive to investors.

To date, the Golden State Warriors, Philadelphia 76ers, Houston Rockets, Sacramento Kings and Cleveland Cavaliers have all invested in League of Legends teams. In total, seven out of the 10 teams featured in the league now have a connection to official NBA teams, which has brought a lot of capital to the table. Experts suggest that the entrance of professional backers from other sports, will push a new era of professionalism for esports teams.

But the new wave of NBA teams are not the first traditional sports teams to invest in esports. In May 2016, German soccer club FC Schalke became the first traditional sports club to enter the LCS league when it bought an underdog League team formerly known as Elements. Nick Summers from Engadget said that, “FC Schalke 04 has the finances to sign some of the game’s best players, as well as staff that can provide vital support and advice.”

While other soccer clubs such as West Ham United and VfL Wolfsburg had signed esports players who specialize EA’s FIFA Soccer, FC Schalke was the first team to branch out into World of Warcraft. Similar trends can be seen with NBA teams. While only a handful of teams have moved into League, as many as 17 NBA teams back NBA 2K esports teams.

Aside from bringing plenty of capital to the table, Vinik feels that there is enough crossover between management of traditional sports and esports teams to give traditional club owners a headstart in the industry. He argues that experience managing a traditional team makes for better fan engagement and advertising, but also opens the door to investing in new technology and techniques to train team members to the best of their abilities.

With many experts speculating that esports will grow into the “next premium sports league”, it is no surprise that corporate backers have been lining up to get their piece of the pie too. In the early years big brands like Red Bull and Coca Cola began to partner with and sponsor esports companies and events, however over the last couple of years we have witnessed more corporate players buying teams outright.

Last year cable giant Comcast bought a yet unnamed Philadelphia team to compete in the  Overwatch league founded by Activision Blizzard. Ben Shapiro from MUH-TAY-ZIK points out that the purchase is “just the latest in a growing list of non-endemic brands and organizations investing in the booming esports industry.”

In 2016, Russia’s richest man, Alisher Usmanov, made the biggest single investment in esports to date, putting down $100 million to buy Polish team Virtus.Pro via his company UHM holdings. Anton Cherepennikov, Virtus.pro partner and co-owner, said the aim of the purchase was “to increase the popularity of esports in Russia.”

UHM holding are not the only company with their eyes set on ripe new esports markets. Computer giant Asus, recently announced a $16 million investment with the aim of developing the local esports ecosystems in China and Taiwan. The company aims to to set up its first esports team, Rogue Warriors, to compete in Tencent’s League of Legends Pro League in China and also to launch an affiliate team in Taiwan. According to Yutang Sports, Asus has invested in over 20 esports teams primarily in Asia.

While corporate backers may not have expertise in managing sports teams, they have capital, and lots of it, which can be used to bring on the right players and trainers. Corporates also have experience in the process of scaling, and moving into new markets, which may put them ahead of the competition especially when targeting “younger” esports ecosystems as seen in China and Russia.

While fewer celebrities are buying their own teams outright, the newest NRG investors are not the first stars with a love for gaming, or simply a good eye for business, who have got onboard the esports bandwagon. Hollywood heartthrob Ashton Kushton was one of the first A-list supporters by backing esports gambling platform Unikrn, and DJ Steve Aoki acquired Las Vegas based esports team Rogue.

However, while celebrity backers bring well needed publicity, and sponsorship/advertising opportunities to teams and brands, the chances are they will take more a backseat when it comes to day-to-day management.

While traditional sports teams, corporates, and celebrities all bring something different to the table when backing teams, the fact that they are putting their time and resources behind esports teams shows the sport is edging further into the mainstream. With every new team launched, new franchise bought, and new media agreement made, the predictions that esports will become as popular as traditional sports like football or soccer become more of a reality. So let’s sit back and see who will be the next A-lister, or billion dollar corporate to get onboard.

Riad Chikhani is founder and chief executive officer at GAMURS Group, parent company of Dot Esports, the premier destination for news and data on competitive gaming.