Back in March, I reported that Electronic Arts was planning to launch Battlefield V later this year. The publisher has now confirmed that name in a tweet and a tease from The Daily Show‘s Trevor Noah, who is going to host a full reveal event May 23. The studio is emphasizing the “V” in its promotional material, and this is likely a reference to the World War II “V for Victory” imagery.

“The next chapter of EA DICE’s groundbreaking all-out war saga is Battlefield V,” DICE writer Jonas Elfving explained in a blog post. “Tune in on May 23 for a first look into how your epic journey with Battlefield V will be. On the Battlefield V Live Reveal, the team developing the game will share their vision.”

You can watch the reveal on YouTube on the feed below, which features a little “bell” symbol you can click that will remind you when it goes live.

You can see the logo is similar to the one in my original report. In that story, I confirmed through sources that a leaked logo from a pre-release build is real, and now the current logo uses the exact same font even if now features a dark outline and the “V” is on the same line as “Battlefield.” The color scheme is also similar even if the leaked image blurs the blue and orange sparks. 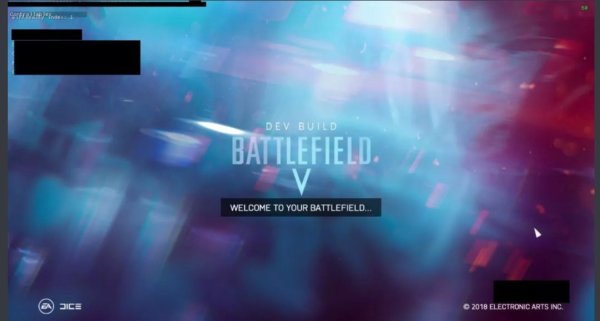 You can see in the Twitter post from the Battlefield account and from Noah that the “V” symbol is important. The company never says “5” or “five,” and while it may end up saying “Battlefield 5” when it speaks the name out loud, “Battlefield Vee” is also possible because of the importance of “V for Victory” in World War II.

Here’s Noah announcing he is hosting the “Battlefield reveal” on Twitter:

#ad The rumors are true (rumors that I started, but still…) I will be hosting the @Battlefield Live Reveal on Wed, May 23rd. Catch it streaming live on the #Battlefield YouTube. V EXCITING! pic.twitter.com/7B3fpTpQ6x

When EA does the reveal next week, you should expect a World War II game that keeps many of the elements that made Battlefield 1 — and its WWI setting — so successful. As I also reported in March, sources say that Battlefield V will continue the segmented narrative of Battlefield 1 where players jump from one front to another through a series of vignettes. DICE may also focus on cooperative play, and it could even have something to show of the prototype battle royale mode it’s working on — although that is unlikely.

Finally, the timing of this announcement is noteworthy because publisher Activision and developer Treyarch are revealing Call of Duty: Black Ops 4 tomorrow, May 17. That game may not have a traditional single-player campaign at launch, which is something that the Battlefield team at DICE is excited to capitalize on and use as a differentiator for its game.