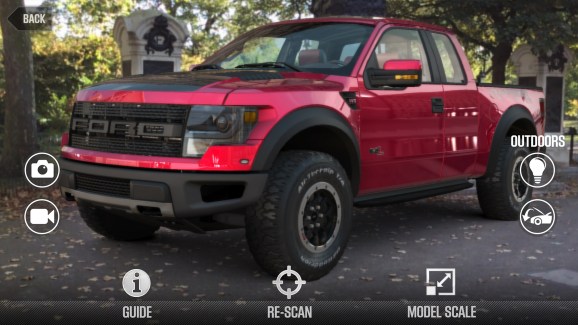 Zynga‘s mobile game CSR Racing 2 is expanding its augmented reality showroom feature to include more devices. Before, only iOS devices supported the AR Mode, which enables folks to view in-game cars in the real-world context. Today, the developer has rolled out the feature to Android devices thanks to Google’s ARCore.

CSR2’s lineup of luxury vehicles include cars from brands such as Lamborghini, Ferrari, and Porsche. Though the game focuses by racing — you can face off against other players and assemble your own crew — car ownership is its other main facet. It enables folks to customize and tweak their cars, and some collect realistic vehicles like the limited-edition Lamborghini Huracán Performante Spyder supercar.

“CSR2 Android players have been craving this kind of in-game interaction with the supercars they love, and we’re delighted to give them the ability to virtually bring their dream car collection off the mobile screen and into their driveways,” said CSR2 vice president Julian Widdows.

The racer is one of Zynga’s top earners, along with social games like Words with Friends and Poker. It has consistently placed in the top 10 racing games in the U.S. in the Apple App Store, according to market analyst App Annie. In the first quarter of 2018, the developer reported that CSR2’s daily active users was up by 2 percent and that the title had seen year-over-year growth.

And CSR2’s AR Mode is part of the strategy to keep players coming back to the game. It’s the kind of feature that isn’t directly monetized, but encourages people to use it to take selfies with stylish vehicles to show their friends. Though most people will likely never own one of these supercars, CSR2 uses augmented reality to bring that fantasy to life for at least a short amount of time. And after some folks pose with the car and take their photos, they might end up firing up the game to play a round or two.