Call of Duty: Black Ops 4 doesn’t have a single-player campaign. But it is tripling-down on the franchise’s popular Zombies mode in an Activision reveal event today in Los Angeles. The new Black Ops will have three Zombies experiences, or episodes, when the game launches October 12 on PC, the PlayStation 4, and Xbox One.

Zombies started as a co-op mode bonus level, or “Easter egg,” in Call of Duty: World at War. It became so popular that the Treyarch studio added it to each of its Call of Duty games, and now all of the franchises’s entries have it. But each one of those modes had one major episode.

“For those of you who remember Zombies as a bonus mode from World at War, you’ve been with us from the beginning,” said Jason Blundell, the co-head of Treyarch, in a press briefing. “You’ve watched as our undead have grown to become an essential part of the Black Ops experience. The story we began a decade ago is as much a result of your hard work as a community as it has been ours.”

The co-op mode features four players teaming up against hordes of zombies, who attack in waves. The goal is to survive each wave and unlock the mystery at the end. By adding more Zombies content than usual, Activision could deflect some inevitable criticism about the fact that Black Ops 4 has no single-player campaign.

“Zombies has always been about a shared journey: both our characters and the tight-knit teams of friends who joyfully compete to become the first to uncover the mode’s latest or deepest secrets,” Blundell said. “Just as with the rest of Black Ops 4, we’ve gone back to the drawing board on Zombies, rethinking how we can give you more ways to have fun with your friends than anything we’ve made before. The Zombies community has always been our North Star, which is why we took everything we’ve heard and put it on the table for discussion about where we go to next.”

Treyarch, an Activision-owned studio, revealed the Call of Duty: Black Ops 4 and the next Zombies experience today. In a video, one of the experiences (dubbed Nine) shows four human protagonists fighting in Roman times in gladiator garb in a big arena. They defend themselves as a horde of zombies attacks.

As you can tell from that crazy setting, Zombies is where Call of Duty developers get to express their creativity. 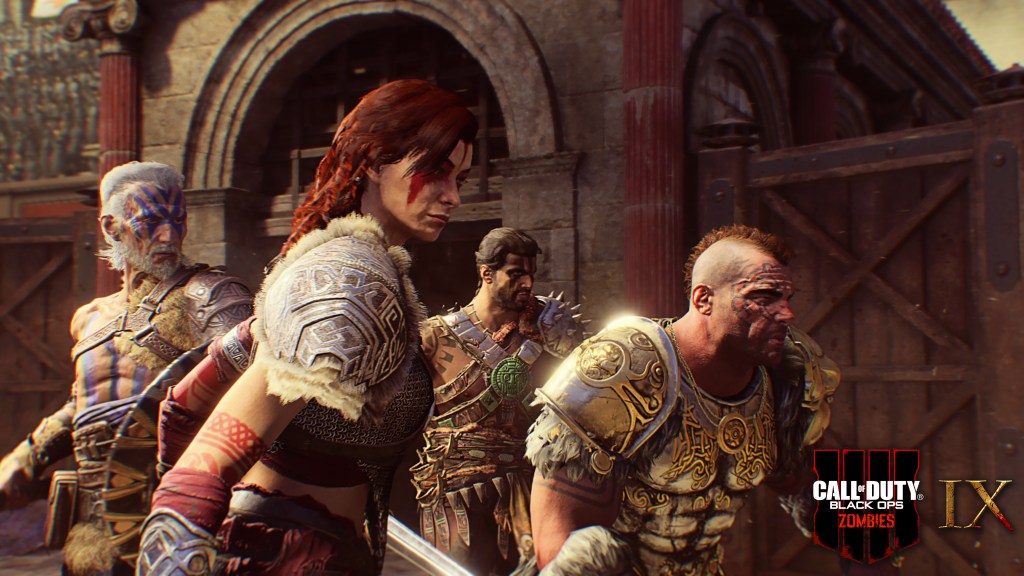 Craig Houston, lead writer for Zombies, said, “Over the years, one of the key aspects that’s driven the Zombies storyline and fan interest is mystery, a sense that you’re entering an unknown world where anything can happen. When we say anything, we mean anything. Stuff like giant robots, interdimensional time travel, wee monkeys that explode when you throw them. Basically all the things that Zombies fans consider normal. We’ve explored many different time periods and a variety of fractured universes. Now’s the perfect time to start fresh and let the Zombies community discover a new world together.”

The Zombies mode will also feature a second experience, dubbed Voyage of Despair, that takes place in a luxury setting aboard the Titanic. The four heroes attempt to steal an artifact, but a villain gets in the way, releases a poisonous gas, and everybody on the ship turns into zombies. Then the four humans who are protected from the gas have to make their escape.

“Black Ops 4 marks the beginning of a brand-new storyline, separate and distinct from any other story, a new world with new characters and new enemies,” Houston said. “Drawing from history both real and mythical, Black Ops 4 Zombies will introduce us to a new enemy, an ancient order hell-bent on transforming the world to fulfill their nefarious agenda. Against them stands an eclectic group of all-new player characters, unexpectedly thrust together by their shared experiences, with each one bringing their own colorful personality, skills, and unique perspective to the team.”

The characters are Scarlet, Bruno, Diego, and Shaw. Treyarch will reveal the voice actors later.

Houston said Treyarch will provide the community with customizable tools and social systems to evolve Zombies into an evergreen mode, with daily, weekly, monthly, and yearly engagement.

“Zombies now boasts custom mutations, more than 100 different customizable options that will allow players to play the game they want to, changing the fundamental rules and systems of the gameplay experience. Things like zombie speed, health, trainability, type, player damage, magic box functionality, and much, much more,” Houston said. 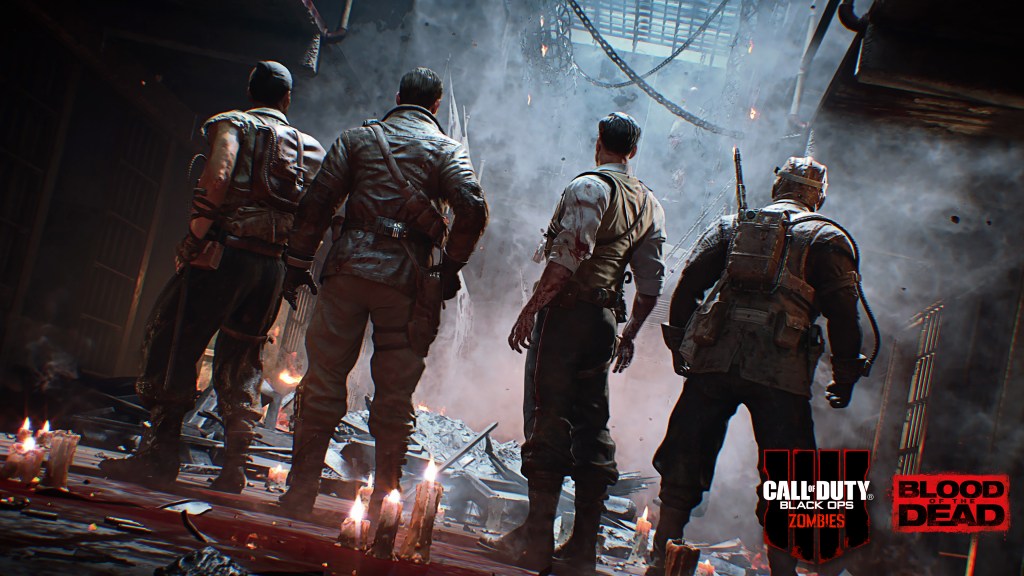 Since the Zombies community loves to compete with each other, Houston said Treyarch is introducing the Black Ops authenticity stamp system.

“This will give players a shareable code stating exactly what was achieved and with what options. As I’m sure you can imagine, this will help third-party high-score boards and other types of custom competition. No one likes cheats, especially us,” he said.

And on the subject of custom competition, Treyarch is introducing limited-time created challenges we’ve named Callings, which will regularly introduce new ways to play the game and set the stage for ongoing seasonal content, and a few themed experience surprises along the way.

“As we give our fans more power and ways to play, we’re also aware that Zombies can be a little bit less intimidating for new players, especially those who like to kick back on the couch and play solo,” Houston said. “The good news is that Black Ops 4 Zombies includes bot support, meaning you can enjoy the full narrative experience that comes in co-op.”

Players can also enlist artificial intelligence bots to fight alongside them if humans aren’t available, or if you just want to practice.

There’s a third Zombies experience, but Activision only showed a small glimpse of it. We’ll learn more about it at a later date. We don’t know if there’s any battle royale or Zombies connection.