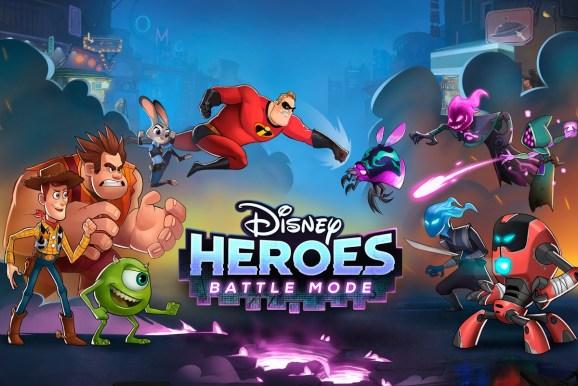 Disney and game developer PerBlue have launched Disney Heroes: Battle Mode, a mobile brawler that features characters from both Disney and Pixar. You can get the game and some in-game currency to use in it via this link.

Disney announced in January that it had rebooted its mobile gaming strategy after shuttering games like Marvel Heroes and its own mobile game studios last year. Disney Heroes: Battle Mode is the first game to emerge under a new licensing strategy, and it has more than 30 characters from Disney movies like The Incredibles, Toy Story, Wreck-It Ralph, Monsters, Inc., and Zootopia.

You create a team of five heroes and try to fight a malevolent virus. Each hero has special abilities, and players will be able to level them up and equip them with gear. It’s similar to Electronic Arts’ Star Wars: Galaxy of Heroes and FoxNext Games’ Marvel Strike Force. Instead of assembling Jedis or Avengers, you’re putting together teams of cartoon characters.