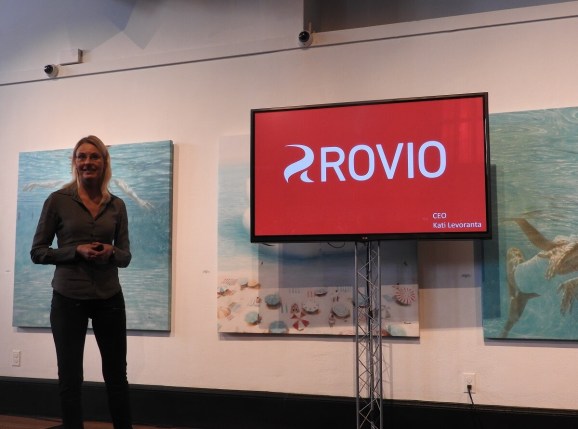 Life has not been easy for Rovio, the maker of the Angry Birds video game series, since the Finnish company went public last fall. Given its rocky start as a public company, investors were mostly breathing a sigh of relief today that the company’s latest earnings report was not the disaster some had feared.

On the revenue side, the company reported that sales in the three months ending in March fell 1 percent to $78 million. The drop was mainly due to declines in revenue from brand licensing, while gaming revenue actually ticked up a bit by .4 percent. On the profit side, the company doubled its profits to $12 million for the quarter as it cut marketing costs.

“Game development requires continuous innovation and passion,” said Rovio CEO Kati Levoranta in statement. “Our creative, multitalented teams produce compelling gaming entertainment and I believe that Rovio has the talent, expertise and passion required to stay at the leading edge of games development.”

Rovio’s stock rose 4.93 percent to €5.24 in mid-day trading. Back in February, the company warned that revenue could fall this year, which tanked the stock by 50 percent. Subsequently, Rovio’s head of games and head of investor relations departed, which the company cut pay to its chair and vice chair. Investors were clearly happy that the bottom did not fall out.

Leovranta struck an optimistic tone in her note to shareholders.

She noted that the company is still on the hunt for acquisitions, using the booty it raised from its IPO last year.

“One of the reasons we stated when going public was our aim to participate in the consolidation of the games industry,” she said. “This is on our agenda continuously and we are actively scouting for targets having a good strategic fit.”

In addition, work on the Angry Birds 2 movie continues, with the film slated to be released in 2019. The first Angry Birds movie in 2016 grossed $352 million at the box office. While that barely puts the film in the top 100 grossing animated films, Rovio retained financial control over the project, giving it a bigger than usual cut of the box office haul that helped turn around its business.

“The sequel of The Angry Birds Movie is planned to enter theatrical distribution in September 2019, Kevoranta said. “We believe that the sequel will bring further opportunities to license our brand to both new and existing consumer products and content licensing partners.”