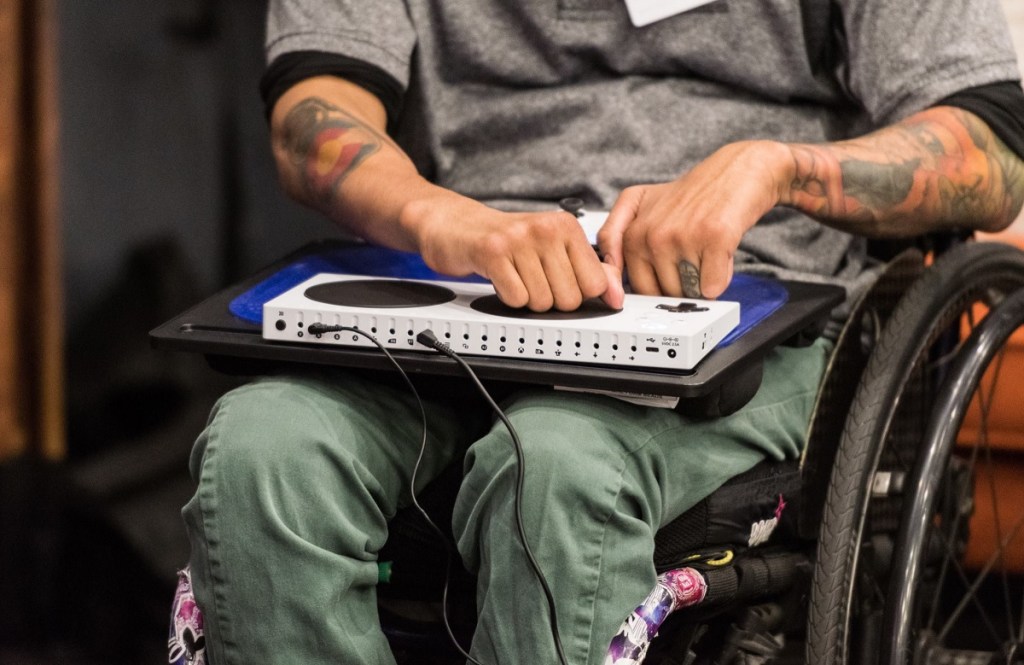 GamesBeat: Do you think this says that the 19-button controller is here to stay? Is this the right thing to do because of that? Or do you also think about things like Kinect as accessible controllers in the future, for virtual reality or other things?

Spencer: We built this not assuming any set number of controls or inputs. Today, whether it’s us or Nintendo or Sony, we’ve drifted toward something of a standard: some form of A-B-X-Y, a D-pad, a dual stick, shoulder buttons, triggers. But we’re also always looking at different ways to play games. A lot of that can be handled in software. As long as this device can be the superset of the inputs we might receive, we can make things that change the gameplay to some extent.

A good example I like to think about, people know Rod Ferguson who runs our Gears of Wars studio. Gears of War happens to be a franchise that’s popular in the military. We’ll get a lot of vets who play Gears of War, and some of them aren’t able to play the way you and I play. I remember when we were doing the development of Gears of War, Rod got some questions — I believe Wounded Warrior was the organization – around control mapping changes, button mapping changes in Gears of War to map the controls differently from a traditional Gears player. The team built that functionality directly into the game because of the feedback we were receiving from players.

Certain people might look at that and say we made the game easier, in some ways, for some people. We just look at it and say we allowed more people to play the games we have. I think you will see that we’re always about trying to allow more people to play. Control can be a barrier for anybody. If we can make that go away and still create the same level of experience, then that’s awesome.

I like to say – and I’ll go into game design geekdom for a second – that the role of the controller is actually to go away. When you’re staring at your character on screen and you want them to jump—it’s like if you asked me where the W key is on the keyboard. Even though I type all day, I’d have to type a word in order to understand, because it becomes an unconscious reflex. That’s our goal with control. What you find with our traditional controller is that, because of the way it’s designed and the way they interact with objects, that’s impossible. That was our goal here.

I do think that this journey to allow more people to play is something that will continue. It’ll have software input, and potentially even future hardware input as well. I love it because it starts the dialogue. As soon as someone sees this—I see this on my teams, on the game teams. When the game teams see this, they instantly say, “We could change this. We could change that.” The feedback loop of progress that the teams make — because this is something that the team is proud to have our logo on, proud that it came out of this team – is just awesome.

I’m hoping that as we announce this and as it gets out there, it becomes even more of a discussion. You and I had a one-on-one discussion about our industry’s role in places like this. I’m hoping it’s not just about this, but that as the industry continues to move in this direction it becomes more of a conscious discussion we all have about how people play and how we can enable more people to play. 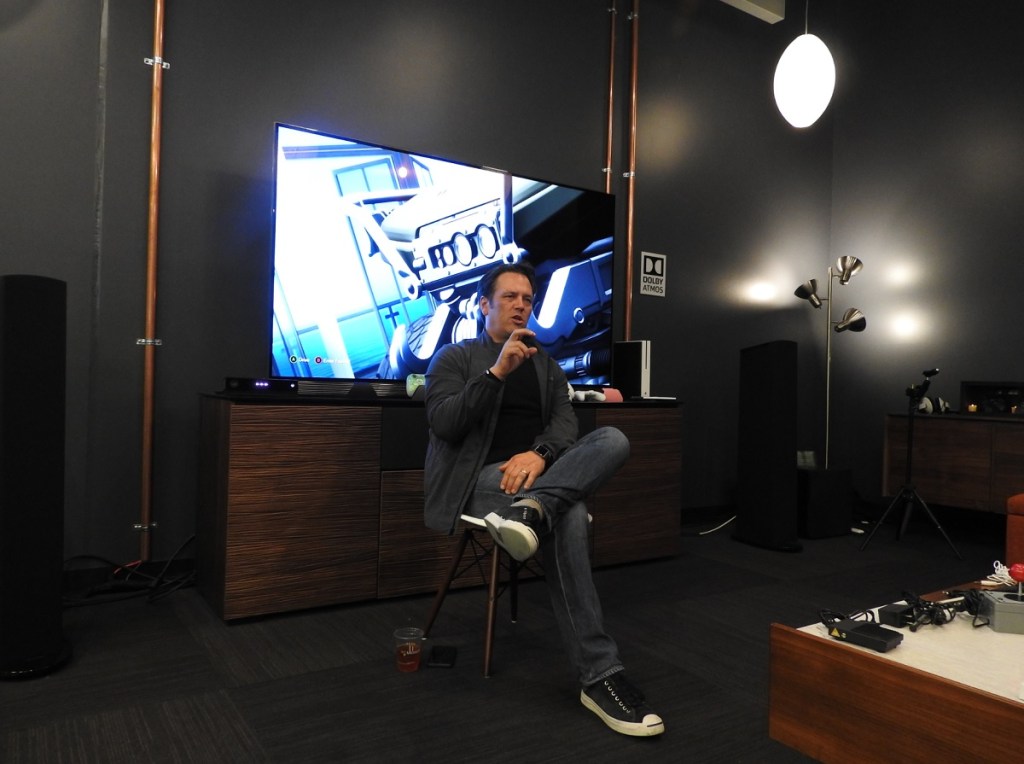 Above: Phil Spencer believes doing good will turn out to be good business when it comes to accessibility. But that’s not the reason for making gaming more accessible.

GamesBeat: Content is always something that follows hardware changes. Is there content that you think could be created that goes with this kind of thing?

Spencer: I think so, yeah. A good example is Copilot, where we actually have designers now coming to us and saying they want to design a game specifically for Copilot. Nobody knows about this outside of you and some people who helped test it, so in the broadest sense, that discussion will start to happen as this device gets more exposure. But it’s been great to see the creative community come with something like Copilot, whether it’s parents playing with children, or just new creative ideas for two gamers to handle half of a controller and what that can mean in a cooperative sense.

We’re getting ready to announce this. We want to get it in the hands of as many people as possible. It’ll be interesting to see if it takes on—I suspect it will take on a use in many different scenarios. Some of them will be purely creative. We’ll be proud to have it turn into something that a lot of people see as part of their gaming setup. That would be awesome.

We built it with the idea that anybody can use it, literally anybody. We didn’t try to make it hardware locked to the Xbox. It’s something we hope any develop would look at and say, “Okay, this is something that we can adopt into any gaming ecosystem.” 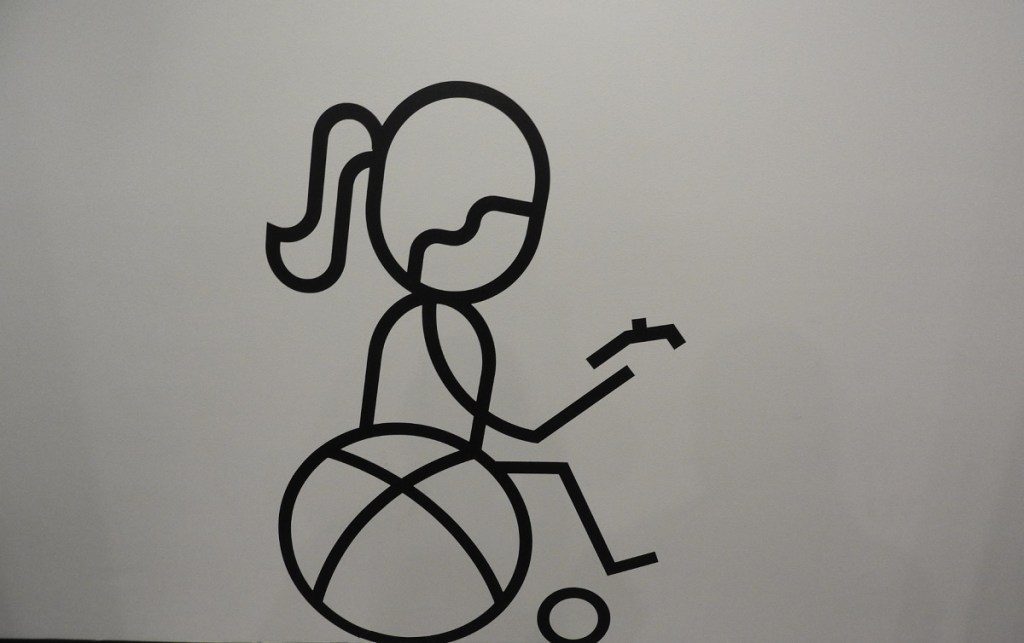 Above: Art at the Microsoft Inclusive Technologies Lab.

GamesBeat: It’s a controller, but can you also see it as a platform? People could plug in all kinds of things. I guess that’s the intention here. Might it actually have more uses as a platform, as opposed to a controller?

Spencer: I’m sure we will see that. One of the advantages of being at such a big company like Microsoft, if things take off and we have to make more of them, it’s not hard for us to do that. We have the resources to put millions of these things on the shelf if we need to.

If it becomes almost a platform unto itself—to be clear, it’s not that we did anything to not make it that. We built it with a specific customer in mind, and that’s who we’ve been testing it with. But we saw this—you brought up Kinect. When we built Kinect, it was really about, “You are the controller.” That was our go-to-market slogan. But some of the cases we saw of people who’d never been able to play before, because of the dexterity required for a controller, whether that was a physical issue or just gaming in itself—we were sent hundreds of videos of people who were very emotional about the first time, for example, they were able to play a game with their child.

I suspect we’ll see similar emotional innovation, I’ll say, and creative innovation on top of this. At least for me, just as a member of the team, I’d be incredibly proud if that’s what this enables. It comes from a real good place in terms of why we did this.