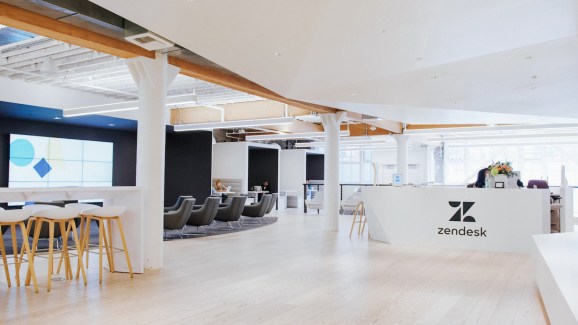 Zendesk offers a swath of products that supplement — and in some cases supplant — its clients’ customer service offerings. Until now, however, businesses had to sign up for Zendesk’s services individually, as they weren’t available in a single bundle. That changes today with the introduction of Zendesk Suite, a subscription plan that brings the company’s most popular products together under one roof.

“From an omnichannel point of view … our products scale to companies where there are many thousands of agents that deal with customer inquiries,” Adrian McDermott, president of products at Zendesk, told VentureBeat. “[Zendesk Suite] allows customer service experience to be tailored and richly transitioned from one channel to another, which we think is a unique offering in the industry.”

The Zendesk Suite comprises the company’s Support, Guide, Chat, and Talk products, funneling email, live chat, phone, self-service help centers, and other channels — including social media networks like Twitter and Facebook — into a single dashboard. Agents can start conversations on one platform and seamlessly transition them to another, as well as viewing past interactions in a unified stream. 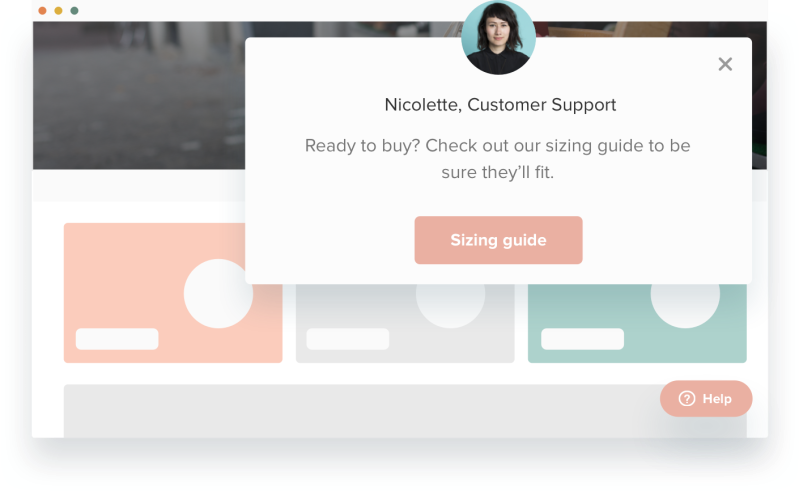 Above: A Zendesk agent fields a customer service request via chat.

According to Zendesk’s research, companies that integrate across customer service channels have 39 percent lower wait times and are 31 percent more likely to resolve problems with a single interaction.

“First-generation and second-generation customer relationship management software wasn’t constructed in a way that helps you provide rich context and [an] omnichannel experience for customers,” McDermott said. “But now we have context on every channel. Customers can choose how to interact at any given moment, [and] brands are anticipating customers needs and responding to that.”

Suite Professional also includes Zendesk’s artificial intelligence-powered satisfaction prediction engine, which predicts the likelihood that a support ticket will receive a positive customer satisfaction rating and takes steps to prevent poor scores. “The AI can read a support ticket and if, for example, it has a 10 percent chance of getting a good rating, it can set up a triage and send the ticket straight away to the most experienced agents,” McDermott said. 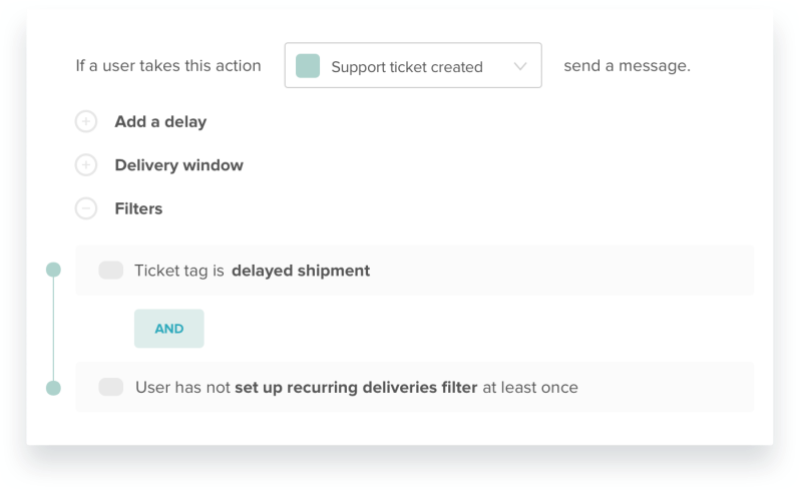 Above: Creating a rule in the Zendesk Connect dashboard.

In addition to Zendesk Suite, today marks the launch of Zendesk Connect, a web dashboard that allows companies to program rules-based, data-driven push notifications for mobile devices and email clients. Segments can be created based on customers’ geography, activity, specific events, purchases, and other factors, which Zendesk Connect uses to generate a list of suggested users. A retailer can send automatic shipping updates to customers, for example, or alert them when there’s been a delay.

Zendesk Connect launched in early access last year, but it’s being introduced to the general public today. Pricing starts at $180 per month for 2,000 monthly messaged users.

Zendesk Suite and Zendesk Connect’s AI features, which were built on open source frameworks, including Google’s TensorFlow, expand on the company’s earlier machine learning efforts. Zendesk Answer Bot reads each incoming ticket request and suggests relevant articles to the customer who filed it, and a “concept queue” flags high-volume topics and requests that aren’t covered in knowledge base articles.

“It’s classification — that’s a lot of the application of AI in business,” McDermott said. “We’re thinking about ways to help people on a massive scale. The future of customer service is anticipatory heuristics.”

Zendesk, a 10-year-old company founded in Copenhagen and based in San Francisco, launched an initial public offering in 2014. It crossed a $500 million run rate in the first quarter of 2018.