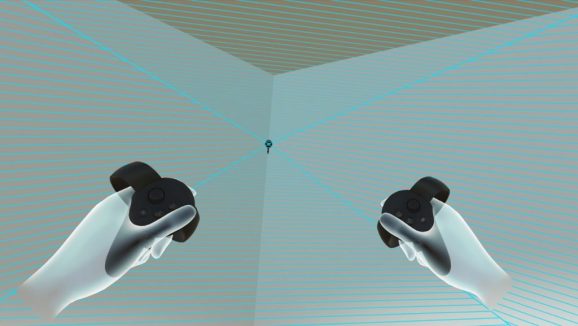 Having issues getting the most out of your Oculus Rift tracking? Finding dead spots but don’t know how to solve them? H2K Studios has just the thing for you.

This week the developer launched Sensor Bounds, a new app that shows you the tracking volume of your sensors from inside VR. Simply boot up the app and you’ll find yourself in a basic environment that shows you exactly where your sensors are. Select a certain sensor it will project a cone that represents its field of view. Turn this on for all sensors and you’ll get a complete map of the tracked area within your play space. Any areas not covered by a cone will be dead spots you should look to fix.

The app dynamically adjusts to your room size so there’s no need to worry about prior setup. It works with both two and 3+ sensor configurations.

It’s a really handy little app, and free to download. It would be even better if Oculus took note and integrated these mechanics natively into its own UI so we could check tracking inside Oculus Home instead of heading to the company’s own setup process to tinker.