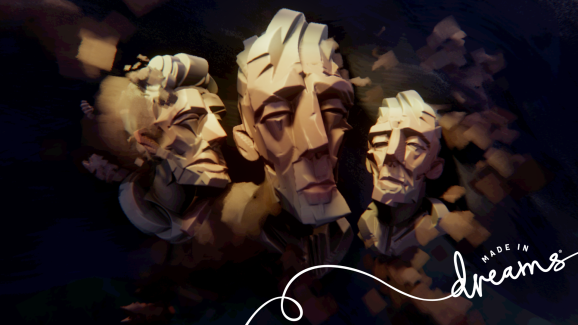 I dreamed a dream.

Dreams is the new project from LittleBigPlanet studio Media Molecule, and I had a chance to try the ambitious game-maker last week at a pre-E3 event in Santa Monic, California. Like with LittleBigPlanet, this PlayStation 4 titles will give you the tools to make your own games when it comes out later this year.

But Dreams isn’t just a spiritual successor to LittleBigPlanet — it’s an evolution. That series focused on 2D levels, but Dreams has you creating 3D worlds that you can customize with your own characters, geometry, scenery, lighting, and even music.

That sounds complicated, but Dreams makes it look easy. Granted, I had the benefit of having a Media Molecule dev guide me through the game. But with some help, I was creating my own 3D worlds. With a few button presses, I could take a rock, turn it, expand it, multiple it, and create an entire background of mountains. With a recording tool, I could move a platform and assign it a cycle, giving players a moving bridge across a pond of lava. Above: You can be as happy or dark as you want.

You control an in-game cursor (which itself is a cute little character) with the Dual Shock 4’s motion controls. Through tilting the controller, you can easily select any object, command, or light source. You can then do simple edits like copy/paste, but you can also access more detailed menus. These let you make smaller adjusts, like changing the speed of a moving platform.

That’s a theme I noticed about Dreams. Simple tools could help you make a basic level quickly, but you have enough options to create unique and incredible things. This also applies to making music. A simple song editor has you pushing random buttons to create your own beats, but you can also access an entire keyboard and timeline program that looks like some kind of PC music software.

Media Molecule guided me through making a simple level, but I also got to see some creations from the studio. These showed how Dreams can do much more than make 3D platformers. I saw point-and-click adventure game, a 2D platformer that later shifted perspectives, a party game in which two players control hammers that destroy the ground beneath them, and light-filled worlds that were more like playable music videos. And while I didn’t get to try VR, the game will support it at launch. 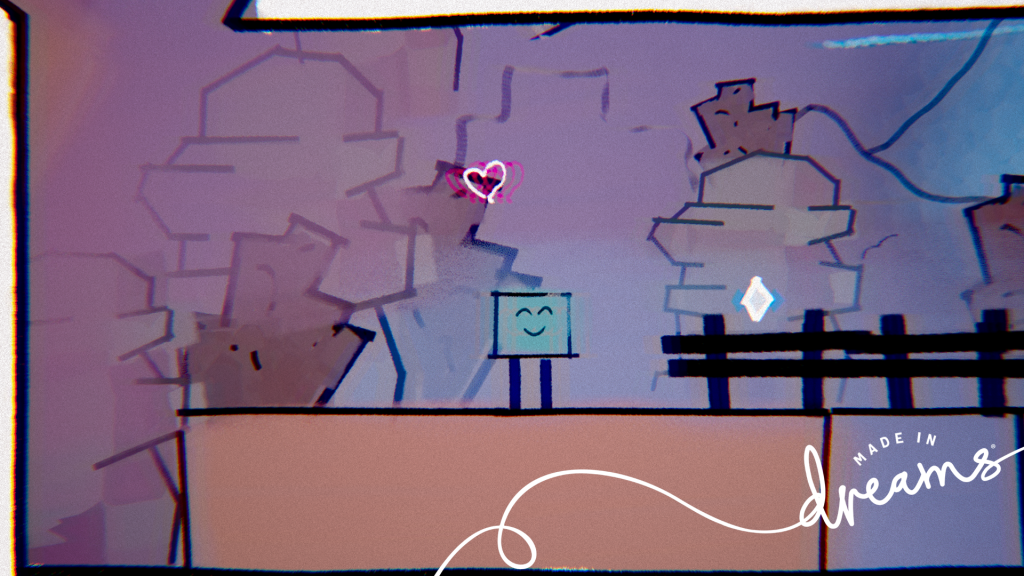 Above: You can make 2D games too.

These demos were beautiful and fun, but they also left me questions. Media Molecule told me everything I saw was done inside the game. That included the creation of all models, art assets, and animations. How complicated are those tools? I doubt animating my own cutscene will be as easy as creating some mountains.

I also wondered how Media Molecule would moderate the game. People can create almost anything with dream. This includes copyrighted and offensive content. While Media Molecule told me that it will remove offensive content on its (sorry, penis levels), it will be up to copyright holders to reach out to them if they want certain worlds removed. So if you re-create Super Mario 64 inside Dreams, it can stay up unless Nintendo has something to say about it.

I’m usually skeptical of these kinds of games. With LittleBigPlanet, I would mess around with the editor for a bit before becoming frustrated and just checking out other (more capable) players’ creations. But Dreams makes creating your own games look easy and — more importantly — fun.