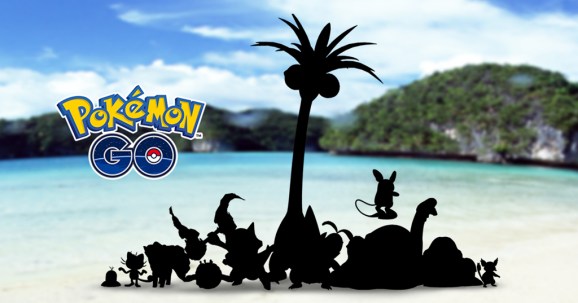 Pokémon Go is getting ready to celebrate the coming of summer by adding new creatures from Sun and Moon, the latest generation of games from the monster-collecting series. Specifically, Niantic will add the Alolan forms of Kanto region Pokémon to Go in “the coming weeks.”

Pokémon Go is a massive mobile hit that earned more than $1.2 billion in revenue in its first after releasing in 2016. While it’s not the giant phenomena it was during that first summer, the game still makes money thanks to adding new content, especially more Pokémon.

Pokémon Sun and Moon released for the 3DS in 2016, and they had sequels (Ultra Sun and Ultra Moon) come out last year. These games focus on a tropical setting in a fictional region called Alola. While it introduced new Pokémon, it also added Alolan versions of older monsters from Kanto, the region from the original Red and Blue games.

So you could find Alolan forms of Raichu, Rattata, Meowth, and more. Those are the Pokémon that Niantic is adding to Go. Think of them as new skins for existing characters. So, a Raichu is still a Raichu, but his colors are a bit different, and he’s riding his tail like a surf board.