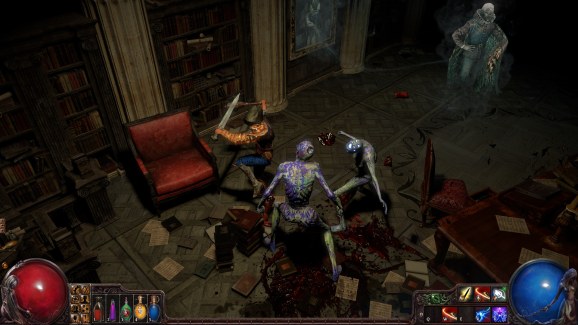 Chinese gaming and social media giant Tencent has acquired a majority stake in Grinding Gear Games, the publisher of Path of Exile (think a free-to-play modern take on Diablo II but in a huge online world, with regular expansions, adventure leagues, and other evolving content). Grinding Gear Games said in a post that it will remain an independent company and there won’t be big changes in how it operates.

“We want to reassure the community that this will not affect the development and operations of Path of Exile,” Grinding Gear Games chief Chris Wilson said in a blog post. “Tencent is one of the largest companies in the world and also one of the largest games publishers in the world. Tencent owns giant franchises like League of Legends and Clash of Clans and has a strong reputation for respecting the design decisions of developers and studios they invest in, allowing a high level of autonomy in continuing to operate and develop their games.”

The Wall Street Journal reported last week that Tencent has bought stakes in 277 startups since 2013.

Willson added, “We have been approached by many potential acquirers over the last five years, but always felt that they didn’t understand Path of Exile, or that they had other agendas (like signing users up to their services). Tencent’s agenda is clear: to give us the resources to make Path of Exile as good as it can be.”

Path of Exile debuted on PC in 2013 and Xbox One in 2017. It brings the action-RPG gameplay of Diablo II online. It launched with the promise “ethical microtransactions,” and to this day, it still charges only cosmetic effects and items. It had more than 14 million players as it went to China in 2016, and last year, it saw a 56 percent increase in player engagement over 2016.

Grinding Gear Games is based in New Zealand and it has been around for 11 years. The founders are Wilson, Jonathan Rogers, and Arik Olofsson. The company will report financials to Tencent, but the new ownership will have “minimal impact on our philosophy and operations.”

Wilson also said, “We spoke to CEOs of other companies that Tencent has invested in, and have been assured that Tencent has never tried to interfere with game design or operations outside of China. We retain full control of Path of Exile and will only make changes that we feel are best for the game.”

They assured players that Path of Exile will not become a “pay to win” game via monetization changes. The Chinese version will also not be prioritized ahead of the international version. But sometimes, Tencent will request features that they want to try in the Chinese version that Grinding Gear Games don’t plan to roll into the international version.

The team is working on expansions for 2018 and 2019, and it has started development of 4.0.0, which is currently targeted to enter beta testing in early 2020.