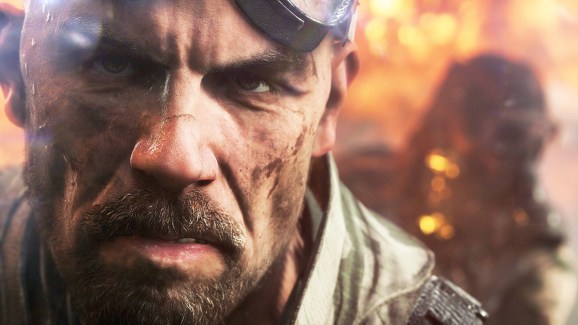 Battlefield V will have players taking on co-op missions with friends.

One of the big new modes in Battlefield V is Grand Operations. This is a twist on the Operations from Battlefield 1 that ups the scale, the stakes, and the tension in 64-player battles that take inspiration from real historic events and encompass multiple modes and maps over four in-game days.

DICE revealed Grand Operations as part of its Battlefield V reveal event today, and the company explained how it wants players to relive the bravery and desperation of battle. To accomplish that, the studio will introduce time-limited Grand Operations events that will reward players with unique items for participating. In this mode, each round is a day. Through these rounds, players will get to experience new modes that are unlike anything in the rest of the game. And then the results of one day leads into — and impacts — the start of the next. If you lose day one, day two could begin with your team spawning in with fewer weapons and rounds of ammunition and fewer resources to replenish your squad.

That scarcity is something that DICE is playing with in all of Battlefield V’s modes. The studio thinks that by forcing players to work with less, it will encourage more mindful play. Scarcity affects health and ammunition. Players will no longer self-heal back to maximum — instead you will need to find a medkit or get help from a support squadmate. And if you get into a handful of skirmishes on your way to an objective, you may find that you don’t have enough health or ammo to capture a point.

In circumstances where you don’t have enough ammo, DICE wants players to think creatively. You can wait for backup, you can attack your opponents’ weak flanks, or you can find more ammo and health. While the developer is taking ammo and weapons from players, it explains that it is making that up by providing numerous ways to find these resources during a match. Every time an enemy dies, they drop ammo. Also, anyone on your team can build a resupply station. You can even steal from an enemies’ resupply station and then blow it up to disrupt the foes’ defensive strategy.

And all of that will come to a head if the Grand Operations match goes into day 4. This final day will only activate if the two teams are even at the end of day 3. If that’s the case, both sides will start with limited health and ammo, and players will die quickly — and death is permanent on day 4. In this situation, fights often come down to 1-on-1 or 1-on-1 situations. And all the bonus XP your team gets for winning could end up resting on your shoulders and whether or not you have the steal nerves to take out the last enemy after an hour of nonstop Battlefield action.

If you knock out all members of a squad, that squad can no longer spawn during the final combat. And you’ll get a notification that you took out a squad and get the recognition for it. In the final day, you get one clip, said Ryan McArthur, producer at DICE.

Design director Daniel Berlin said in a press briefing that dynamic weather will factor in Grand Operations, as the developers may ratchet up the tension by creating more intense weather in the final day of the operation.

It sounds excruciating and intense, and it’s another example of what DICE is doing to ensure Battlefield V is the ultimate Battlefield experience.