No one came over and cut open my swollen eye between rounds, but Creed: Rise to Glory still felt like a pretty authentic VR boxing experience when I tried it out during a Sony pre-E3 event in Santa Monica, California last week. Creed is coming out later this year

Boxing seems like a natural fit for VR, including Sony’s version on PlayStation 4. The tracking on the two motion controllers gives you a good sense of where your fists are in the virtual world, but Creed is about more than punching. I had to duck, dive, and keep my feet moving. In other words, I had to pretend I was in an actual boxing match and not just playing a game.

The result was fun, if a bit exhausting, although that’s more of a comment on the sad shape of my body. Creed is not about memorizing enemy patterns like in Punch-Out. You look for openings and attack while keeping your hands up when you need to go on the defensive. 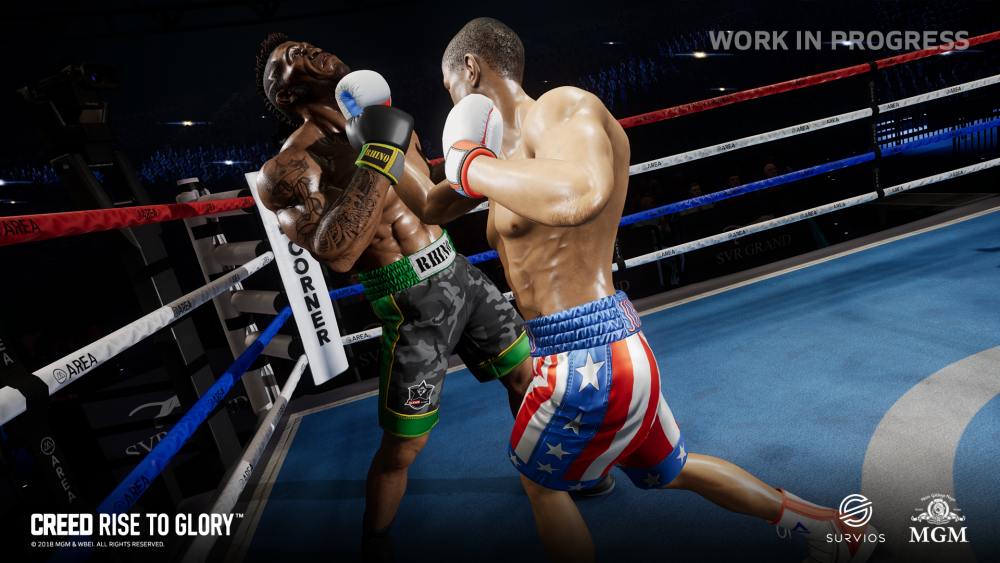 Not that Creed always strives for realism. If you duck out of the way of an opponent’s attack, time will slow down for awhile and give you a chance to counter with multiple punches. Creed also has a creative solution for recovering from a knockout. When you go down, the camera zooms far away from your body. You then have to swing your arms like you’re running back to your mortal frame. The more you’re hurt, the further you’ll have to run. It does a great job of putting you under strain when trying to recover from a knockout without resorting to button-mashing.

The movie tie-in stuff wasn’t in-your-face, which was actually a little disappointing to me. I love the Rocky movies, so I’d have happily gobbled up any fan service. Instead, I got a comedic Sylvester Stallone sound-alike giving me a short tutorial (while his in-game model’s lips awkwardly refused to move) before fighting a character I didn’t recognize.

So as a Rocky game, I’m hoping for more. But as a VR boxing title, Creed works.